“I think we’ve seen the media reports of this horrific case, of the abuse and the murder of a young girl,” said Guterres’ spokesperson Stephane Dujjaric at a press briefing. “We very much hope that the authorities will bring the perpetrators to justice so they can be held accountable for the murder of this young girl.”

The statement came after questions about the UN chief’s response to the brutal Kathua rape case, which has also been making headlines across the world.

On January 10, the eight-year-old girl, who belonged to the nomadic Muslim Bakarwal community, went missing from home in Rasana village. According to the charge-sheet, which revealed horrifying details of the incident earlier this week, the girl was abducted, sedated, strangulated, and then struck twice on her head with a stone to “make sure that she was dead.” Her body was later dumped in a forest, where it was found on January 17. 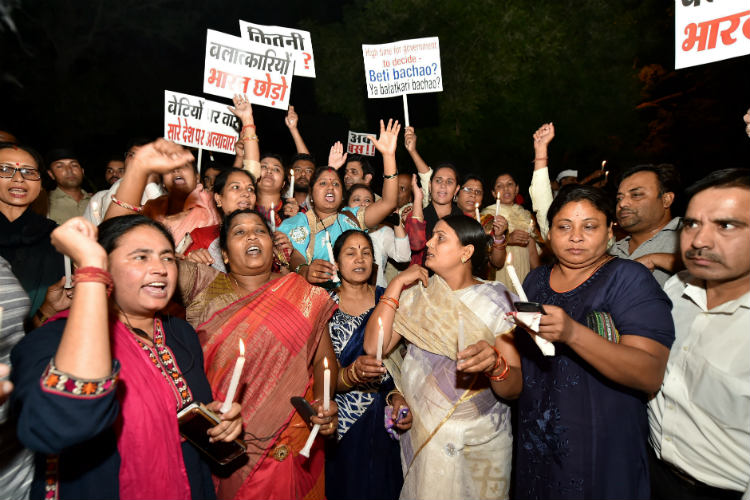 Thousands participated in a candlelight vigil at India Gate to protest against the growing incidents of violence against the girl child and women, in New Delhi on Thursday late night. (Courtesy: PTI/Arun Sharma)

After news of the incident emerged, the right-wing outfit ‘Hindu Ekta Manch’ led a protest in Kathua in February, defended one of the rape-accused — special police officer (SPO) Deepak Khajuria. Protestors marched carrying the Indian tricolour, demanding the release of the accused. A few members of the PDP-BJP coalition also joined the protest in favour of the accused.

A group of lawyers also led a protest on Monday to obstruct the filing of a charge-sheet by the police. The protests were heavily criticised by Amnesty International, which deemed it “disgraceful,” adding that it highlighted “how deep the bigotry around this case run.” 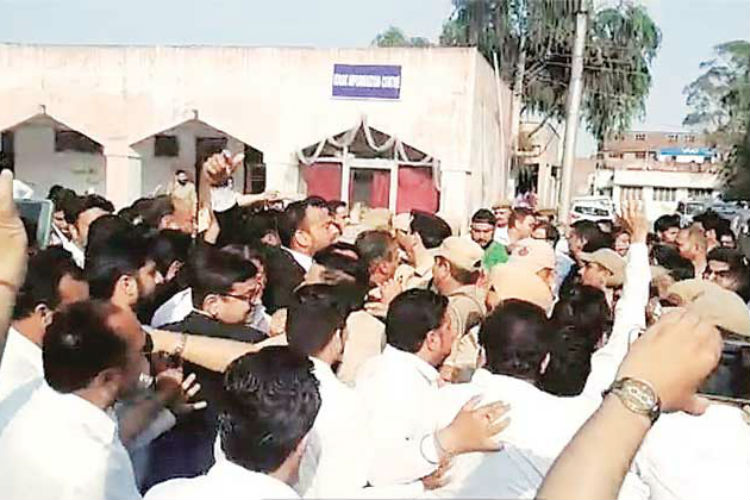 International NGO Human Rights Watch also took cognisance of the incident, calling the ruling party out for the “religious prejudice.” The victim belonged to a Muslim nomadic community, and her rape and brutal murder were an attempt to oppose the Bakarwal settlements and drive them out of the region.

The widespread outrage over the rape, and the protests defending the eight accused, have mounted pressure on the Centre to take strict action. Giving in to the rising tensions from the public outcry, PM Modi finally broke his silence and condemned the incident at an event in New Delhi. In his statement, Modi said that “no culprit will be spared,” and also assured that justice will be served.