As 2017 draws to a close, tech giant Google released its top trending searches  in its year-ender report for India on Wednesday.

Bollywood and cricket continue to fuel India’s Search momentum on Google in 2017 with seven movies and three cricket related queries featuring in top 10 trending queries in the country.

According to Google’s search trends data, Bahubali 2: The Conclusion, the film which saw a multilingual release in India this year, was the top trending search query of 2017 across categories.

Also Read: Why is Google investing in this Indian startup?

This was followed by searches around Indian Premier League (IPL), underlining India’s never-ending love for cricket, and keyword “Live Cricket Score” was the third-most trending search query this year.

1) Bahubali 2 The Conclusion: The Magnum Opus by SS Rajamouli was the most awaited film of 2017. Moreover, the curiosity over why ‘Katappa killed Bahubali’ seems to be the trigger that made Prabhas starrer most searched query on Google India. The multinlingual film became India’s highest-grossing film, earning over Rs. 650 crore worldwide. 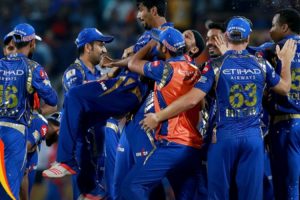 3) Live Cricket Score: Every time India plays a cricket match, millions of cricket fans turn to Google to keep themselves abreast of latest scores and updates.

4) Dangal: The Aamir Khan starrer was not only a critical success but also ruled hearts in India and abroad. The movie was a blockbuster in China and also found a mention in the conversation between Chinese President and PM Narendra Modi.

Also Read: Why the UC Browser app has been removed from Google Play Store

5) Half Girlfriend: The Arjun Kapoor starrer also generated huge curiosity among Google users before its release. Based on a novel of same name by Chetan Bhagat, the film failed to live up to its expectation due to its cliched premise. 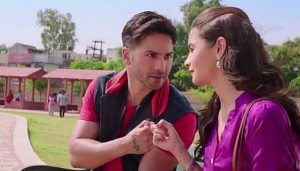 7) Munna Michael: Tiger Shroff starrer bombed at box office. However, it’s promising trailer that had Shroff and Nawazuddin Siddiqui shaking legs may have helped it crawl on Google.

8) Jagga Jasoos: The Anurag Basu-film was one of the most awaited film of the year for its Ranbir-Katrina pairing and Basu’s proven credential as a maverick director.

9) Champions Trophy: Another cricketing event that saw Indo-Pak face-off in the finals was one of the most searched queries of 2017

10) Raees: Shahrukh Khan starrer that saw the superstar donning the role of a bootlegger was keenly awaited. ‘Baniye ka dimaag, miyan bhai ki daring’, the famous dialogue in its trailer had the audience hooked, waiting for its release.

This marks a considerable increase in presence of Bollywood and cricket in top trending queries in 2017 as compared to last year where only three films and a cricket event made to the top 10 category.

In 2016, Olympic Games Rio 2016 was the most queried topic on Google in India, followed by popular game Pokemon Go and Euro 2016 making to the third spot. Salman Khan starrer Sultan and Rajnikanth starrer Kabali were at number four and five respectively.