A Gulf firm fired a man from Kerala following his derogatory remarks on social media about the disastrous floods in Kerala, which has claimed many lives. Rahul Cheru Palayattu, who worked as a cashier at Lulu Group International’s Oman branch, had reportedly mocked the sanitation requirements of the flood victims in Kerala on Facebook.

Lulu Group International acted swiftly and terminated Palayattu’s employment “with immediate effect”. A termination letter from the firm’s Human Resource Manager Nasr Mubarak Salem Al Maawali read, “This is to inform that we have terminated your service with immediate effect because of your highly insensitive and derogatory comments on social media with regard to current flood situation in Kerala, India.”

The letter added, “It further added, “You are hereby instructed to handover all your official responsibilities to your reporting Manager immediately and to contact the Accounts Department for your final settlement.” 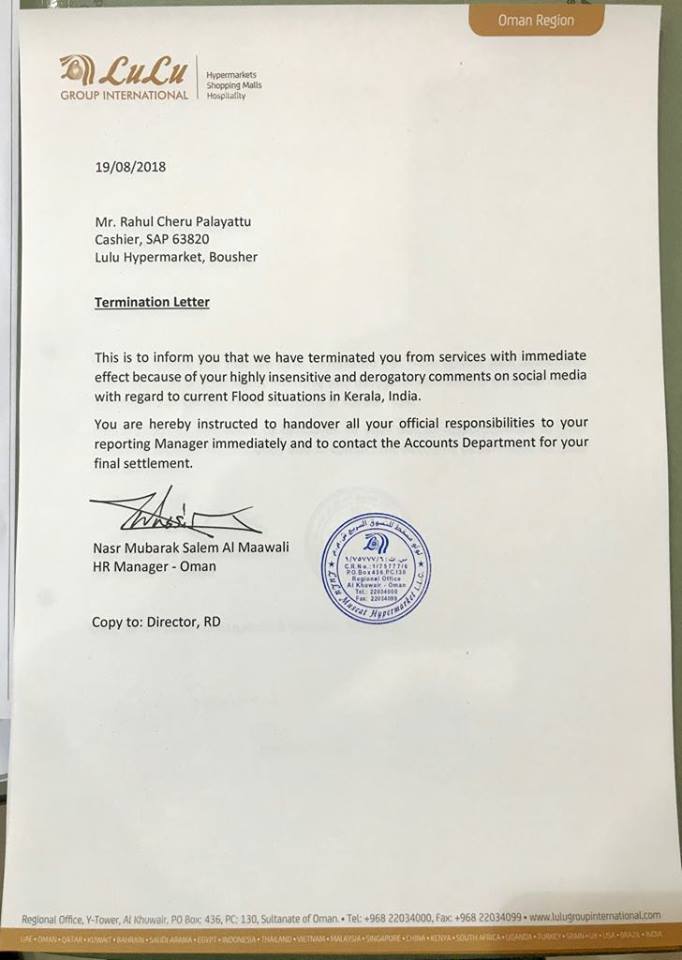 After the widespread criticism and the termination of his employment, Rahul shared a video message on Facebook, apologising for his comments. He said, “I am really sorry for what I did. I was in an inebriated state when I posted that message. At that time I did not know what I did was a grave mistake.”

In a statement, Chief Communications Officer (CCO) of Lulu group V Nandakumar said, “We took immediate steps to terminate his services and send out a very loud and clear message to the society about our stance in such issues. We as an organization have always stood for humanitarian values and highest ethical practices.” 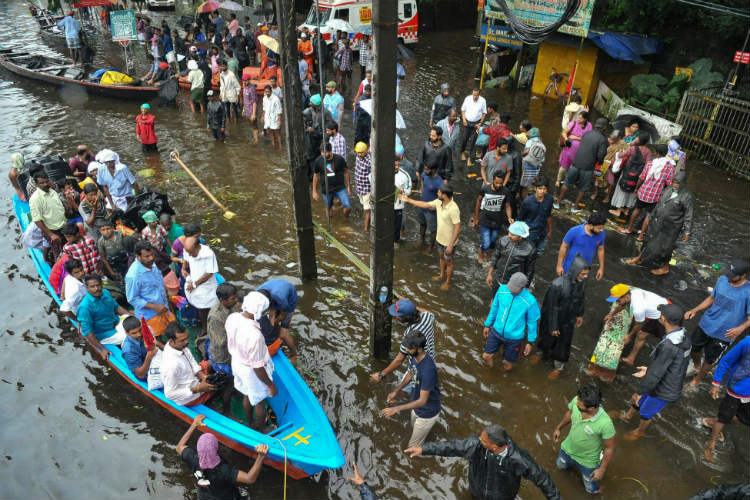 Rescue operations being carried out at flood-affected regions in Kochi (Courtesy: PTI)

Reportedly, Lulu group’s owner MA Yusuff Ali, who is also from Kerala, had donated 9.23 million UAE dirhams for relief operations in the state, which was hit by one of the worst floods in a century. The United Arab Emirates (UAE) government on Saturday had also formed a committee dedicated to supporting the state.

Ever since August 8, Kerala has been battling disastrous floods, which have claimed 209 lives. According to Chief Minister Pinarayi Vijayan, the state bore a loss of Rs 19,512 crore due to the natural disaster.