While walking through Deshapriya Park—an upscale south Kolkata neighbourhood—on Friday, Surjodeb Basu saw a young girl being publicly pinned down by a well-built man while she shouted for help. It happened in the presence of a large crowd which silently watched the whole commotion without intervening.

Upon inquiry, it was found that the girl was being ‘exorcised’ because there was an evil spirit inside her. But the disturbing sight shocked him so much that he directly went to a police station and lodged a complaint.

“I was shocked to know that all this was happening in a posh south Kolkata locality. Even the cops were reluctant to file a complaint,” the 30-year-old techie told InUth.

A day later when he approached the police again, he was told that a complaint could not be filed as everything was done with her consent and in the presence of her parents. It was then that Basu decided to talk about the incident on social media.

After he posted about the incident on social media, The Times of India did a story on the incident. As per the report, it was found that an exorcist named Bhutnath Ghughu conducts such ‘healing sessions’ and has a huge following among ‘believers’. The girl was brought to him by her parents. She even claimed that she was cured because of his treatment.

But Basu is still disturbed by what he saw that day.

“I saw the young girl was pinned down by a man in a red shirt. She was clearly crying for help. I don’t if the man was the priest or some relative,” he said.

“Since people can get emotional over such issues, I was scared to take pictures or videos,” he added.

Exorcism and faith-healing have been practised across the country, especially in Bengal, for centuries. According to various religious and cultural beliefs, it is done to ward off evil spirits from human bodies. However, medical practitioners and rationalists have always treated them as mental health problems and have always rubbished exorcism.

Manish Ray Chaudhuri from Bharatiya Bigyan O Yuktibadi Samiti (Science and Rationalists’ Association of India) said that all this happens because of lack of awareness and inadequate mental healthcare facilities.

“I don’t know about this particular case but I feel this is because our minds have been conditioned in that way over the years. In our subconscious minds, we think that an Ojha (exorcist) will heal all our problems. It is in no way a substitute of proper mental health care,” he told InUth. 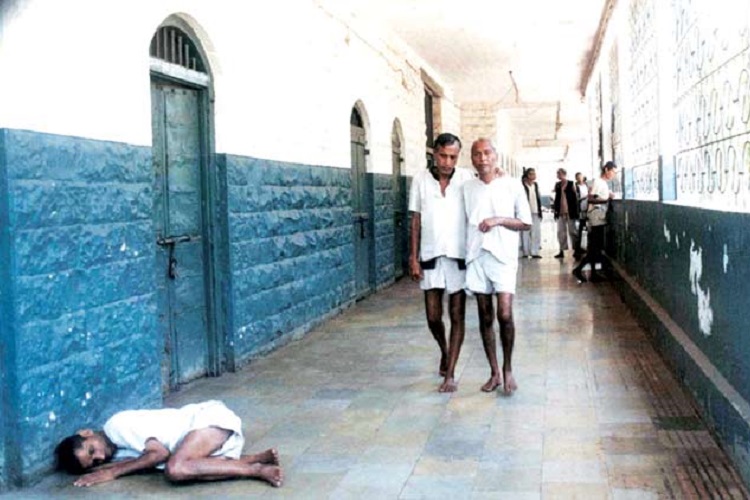 He also added that it is the foremost prerogative of the government to provide mental health care. “What will the people do if there are no facilities? We cannot blame them for seeking help from such exorcists and faith healers,” he said.

But Ratnaboli Ray from Anjali, a Kolkata-based mental health organisation, has a different opinion. “If faith healers are providing relief to people, who are we to judge whether it is right or wrong. If people are happy with it, I don’t see any problem with it,” she told InUth, adding that she doesn’t want to address them as ‘exorcists’.

She, however, maintained that violence, abuse and exploitation in the name of healing can never be justified.