When the couple’s assault in Kolkata went viral on social media, the first reaction was anger from all corners. However, this collective anger led to the naming and shaming of four men on social media. What’s more baffling is the surety with which the allegations were levied without a shred of evidence.

After a few pages and people shared the names and profiles of all the four men, Facebook users didn’t think twice before bombarding their profiles with hate comments. Mob justice was unfairly doled out to the couple, however, this was the online mob which sought justice for the assault, but didn’t think verification was important before they launch an attack on someone on social media. 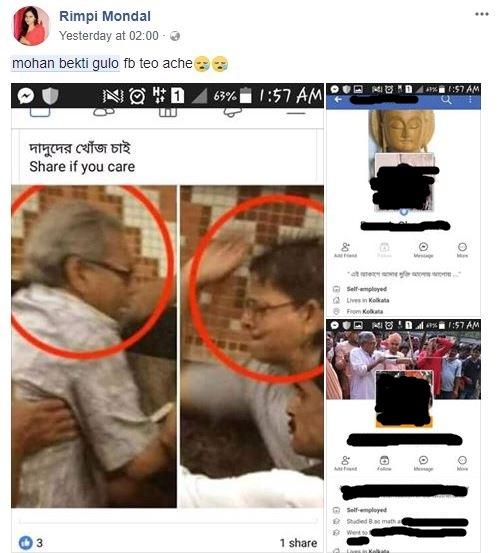 Screenshot from Facebook. Names have been blackened to protect the identity of the people.

One of the men, whose names we won’t reveal in order to protect their identity, shared a post on Facebook, claiming that his photo and number was being circulated on social media alleging that he was a participant in the assault on the young couple in Dum Dum metro station. 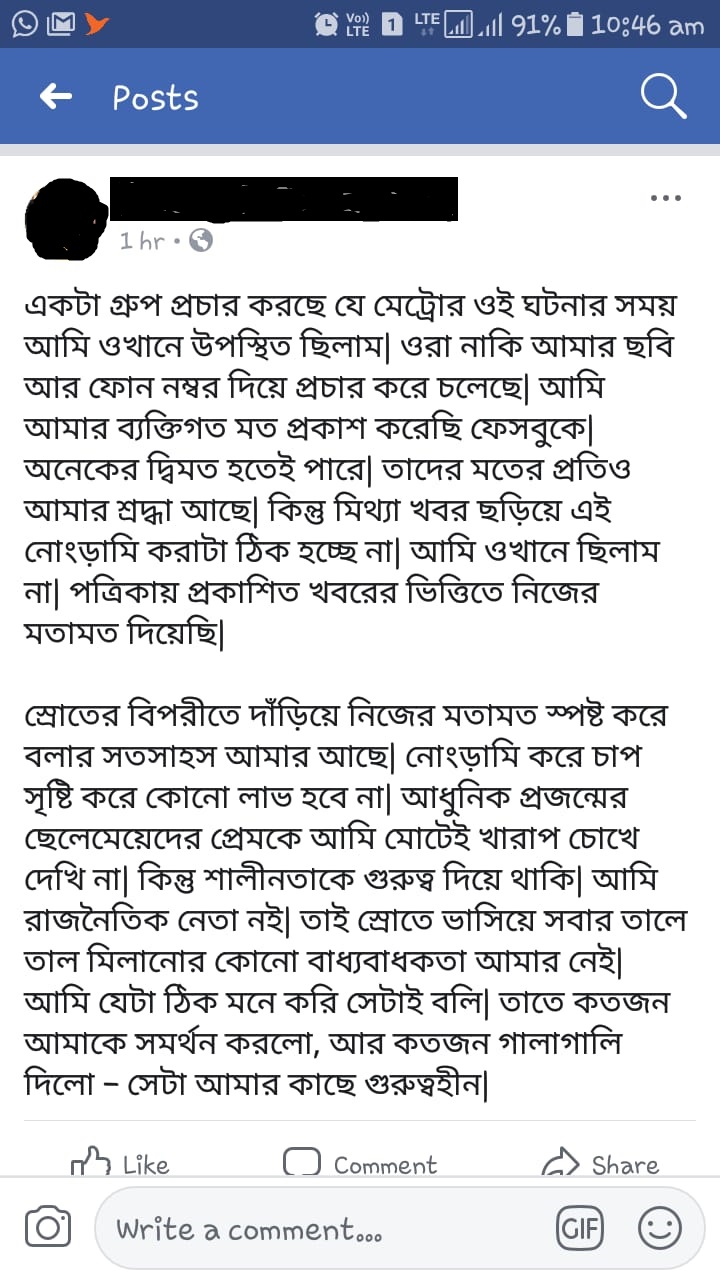 The post says, “A group has been claiming that I was present when the Kolkata metro assault happened. They are spreading my photo and phone number. I had voiced my opinions on Facebook. Many may disagree with me. I respect their opinions but spreading false information under my name is disgusting. I was not there. My opinions were only based on the news articles I had read. I have the courage to go against the tide and air my opinion There’s nothing to be gained from creating unnecessary pressure on me. I don’t frown upon young modern love. But I think being sober in front of elders is important…”

Also Read: We Asked A Few Middle-Aged Men From Kolkata What They Feel About The Metro Incident 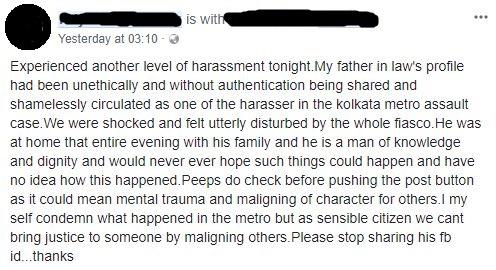 One page went as far as to allege that one of the men had links to the Rashtriya Swayamsevak Sangh (RSS). They also listed out the names and links of all the four men, who allegedly attacked the couple. Two of these four profiles have now been deleted. 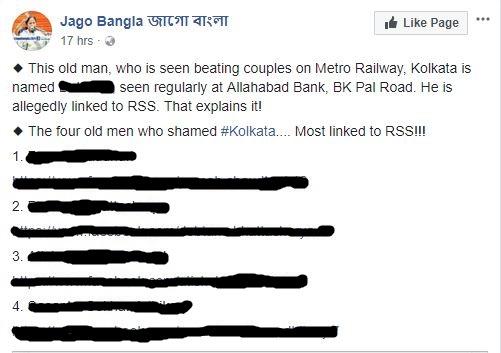 Screenshot of the page.

A few people came out in support of the men, who were being vilified on social media.

On April 30, a young couple was thrashed by co-passengers for “standing too close” in the Kolkata metro. The incident has sparked widespread outrage and two kinds of protests have been launched. One is the usual venting through aggressive posts while the other section of the young crowd is offering free hugs to people outside and inside the metro stations.

While Kolkata metro officials claimed no official complaint had been made, a police investigation has been launched.