The Kolkata metro train assault in the name of moral policing has reignited what seems to be the most burning issue of modern society – public display of affection (PDA) by consenting adults. A young couple was assaulted and dragged out of Dum Dum station because reportedly, many middle-aged and elderly men felt that the two were getting ‘too close’ with each other.

The incident sparked an outrage across all quarters as the pictures of the attack went viral on social media. Many (mostly youngsters) condemned the act of assaulting couples in a bid to reinforce a moral code of conduct. Even Kolkata Metro which outrightly condemned moral policing landed itself in trouble for an inadvertent comment which justified the attack. It later claimed that the comment wasn’t posted by an official. 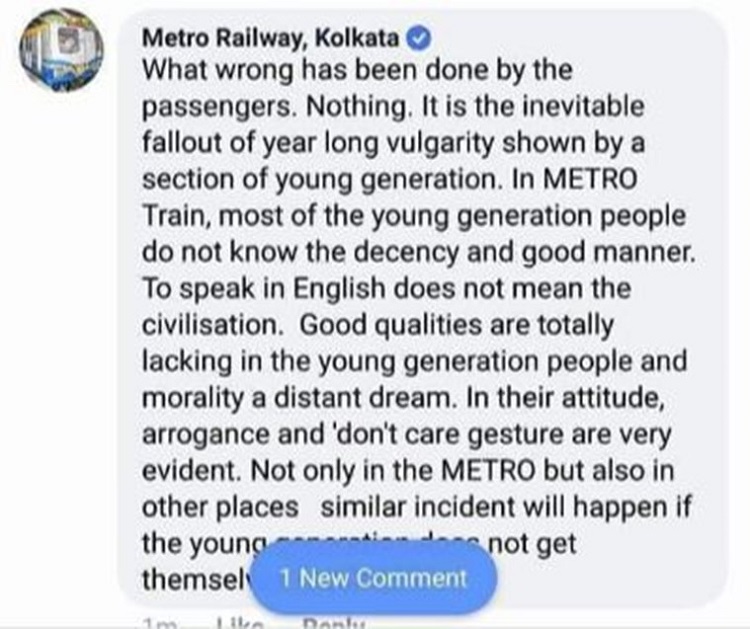 This was the comment which justified the violence in the name of moral policing. It was later deleted from the official page.

Even as Kolkata Police is investigating the matter, we decided to talk to a few middle-aged and elderly men of the city to find out what they have to say about the entire episode.

‘Uncomfortable for people with families’

Amit Kumar Bose, a 63-year-old retired State Bank of India (SBI) officer condemned the attack on the couple. However, he expressed reservations with couples indulging in the display of affection.

“I think this display of affection is best if done indoors. I don’t see a reason why the couple had to indulge in it when they were standing in front of an elderly person. When young people indulge in such behaviour, then it’s quite uncomfortable for people with families to travel,” he said. 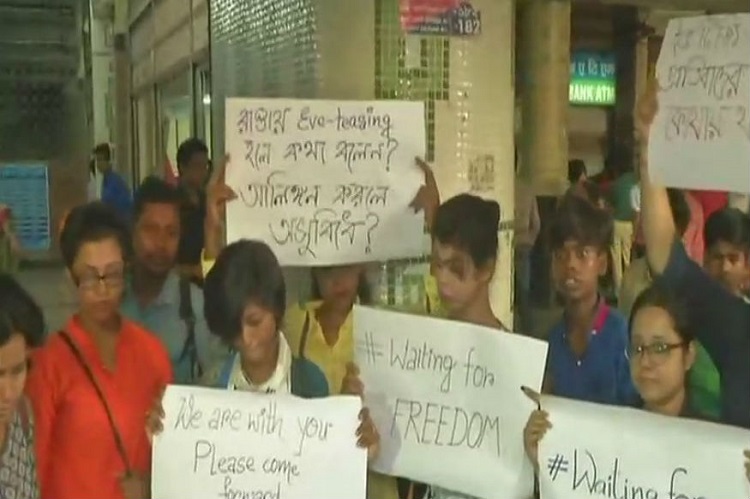 His views were echoed by a 68-year-old retired PSU official who wished to remain unnamed.

“No one has the right to indulge in violence. But what the couple did wasn’t right. People should have politely advised them to refrain from indulging in such acts,” a 68-year-old retired PSU official said.

‘Will increase crime against women’

Ashok Mukherjee from Bansdroni in south Kolkata felt the incident could’ve been avoided if the couple had been ‘smart’. “The couple should not have done what they did because women face problems at the end of the day. The man will get away with anything but these incidents are the reason there are more crimes against women. A perverse mind will think women are easy targets because they are okay with PDA,” said a retired MNC official in his late 60s.

Sanjiv Ganguly, a lawyer in his fifties, said that such violent incidents are unbecoming of a civilised society.

“There are many things that I might find uncomfortable. However, in a civilised society, I don’t have the right to assault anyone. If I find something obscene or against my ethics, I can report it to the authorities. Taking law into my own hands isn’t justified at all,” he said. 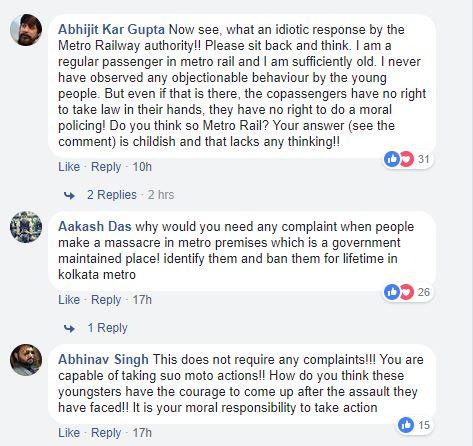 But Subir Ghosh, a retired professor of mass communication, said that all the outrage behind the incident is misplaced.

“There is a tendency in the social media to make a mountain out of a molehill. Everyone there tries to be a crusader fighting for a cause. Even in a city like Kolkata, most of the things are exaggerated and hyped,” he said.