Police claim that the accused, identified as Asit Roy, may be of unsound mind. “When he was brought into the police station we noticed that there his behaviour was a bit odd. We wondered if he was suffering from some form of mental disability. However, that is not for us to determine. The case has been forwarded to the cyber cell,” an official at Shyampukur police station told InUth. When the cyber cell was contacted, officials refused to share any updates on the case.

The woman’s post, which has been shared over 50,000 times at the time of writing this article, said,

“My friend and I was going back home from Hedua (in North Kolkata) around 12 pm. Suddenly, I saw this man inside the bus making lewd gestures while staring at us. He was doing it in front of everyone, but no one came to protest. When we told the conductor, he said ‘What should I do? How should I know what is in his mind?’ I screamed, ‘Catch him. He’s making lewd gestures at us.’ Still, no one came to help us. A similar incident had happened about 15 days ago and I got so scared that I couldn’t protest, but I am doing it now. We had come across this same man that day, he had taken off his pants and shown us genitals. We didn’t have evidence to do something then.” At the end of post she mentions the number of the bus.” 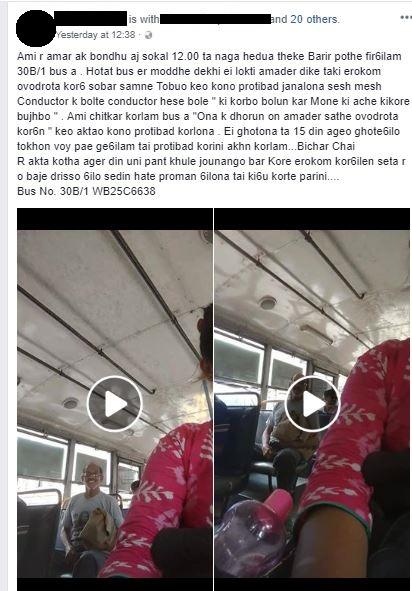 Soon after the post went viral, scores of Kolkata residents messaged on the page, demanding stringent action against the man. 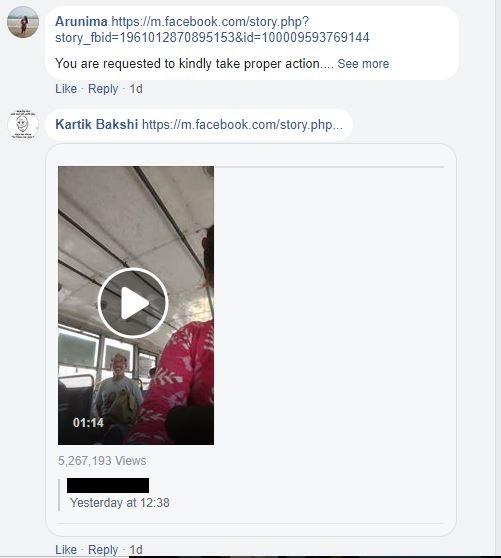 Taking cognisance of her social media complaint and treating the videos as evidence, Kolkata police responded saying, “We don’t need any written complaint. The videos posted on our Facebook page is enough for us. We have already lodged a case. We are trying to track down the culprit.” 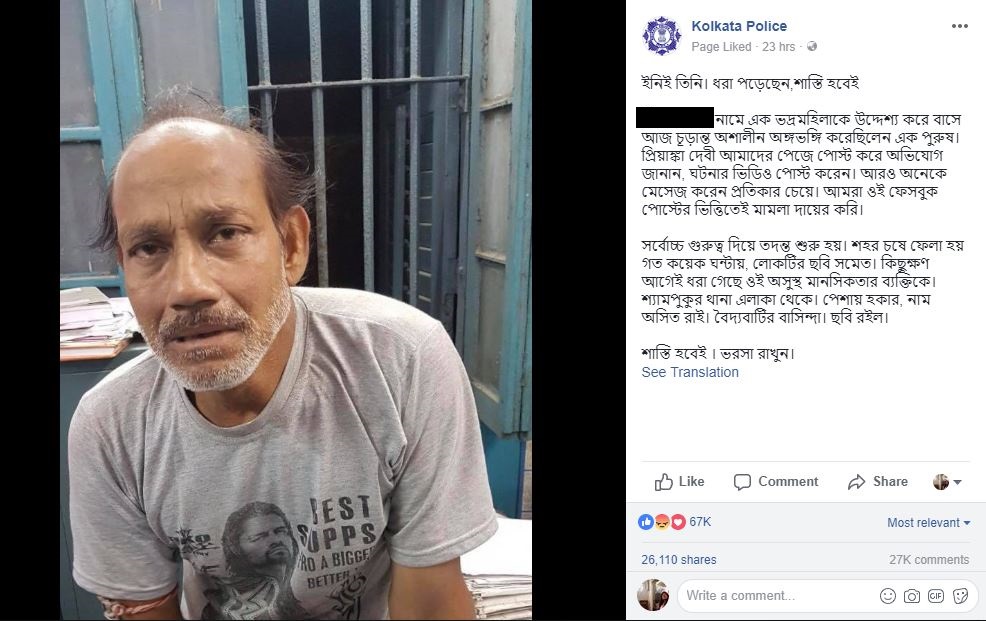 Facebook post of Kolkata police after the accused was caught on Saturday evening. Name blackened to protect the identity of the woman.

Later on the same day, the police posted the picture of the man who had been arrested.

“This is the man. He has been caught and justice will be delivered. *Name withheld* was being harassed on a public bus by this man, who was making lewd gestures at them. She had approached us through our Facebook page…. Acting on priority, our men scoured the city to find the accused. His name is Asit Roy, hawker by profession. He is a resident of Baidyabati. Justice will be delivered. Have faith in us.”