When the Karnataka Secondary Education Examination Board (KSEEB) released the results for the SSLC exams on Monday, Nidhi M, a class 10th student at Carmel School in Bengaluru was ecstatic. Scoring 618 marks out of 625 (98.88 percent), Nidhi had topped her school.

Nidhi, who lives in a poor neighbourhood in Jaraganahalli, used to be an average scorer, but in November 2017, she signed up for free coaching classes at Abhyudaya — a Bengaluru-based non-profit which aims at “reaching the socially deprived children with quality education.”

Neither Nidhi’s father, who is a cab driver, nor her home-maker mother had expected her to score so well. Speaking to InUth, Prof TR Vidyashankar, a member on the Advisory Board member and volunteer teacher at Abhyudaya, said, “She is the highest scorer at her school and even in our programme. In fact, she has broken all records of the last five years.”

According to Vidyashankar, Abhyudaya, founded in 2004, started out as a free tuition centre for primary and high-school kids. Currently based solely in Bengaluru, Abhyudaya conducts classes and counselling sessions for students hailing from poor socioeconomic backgrounds. 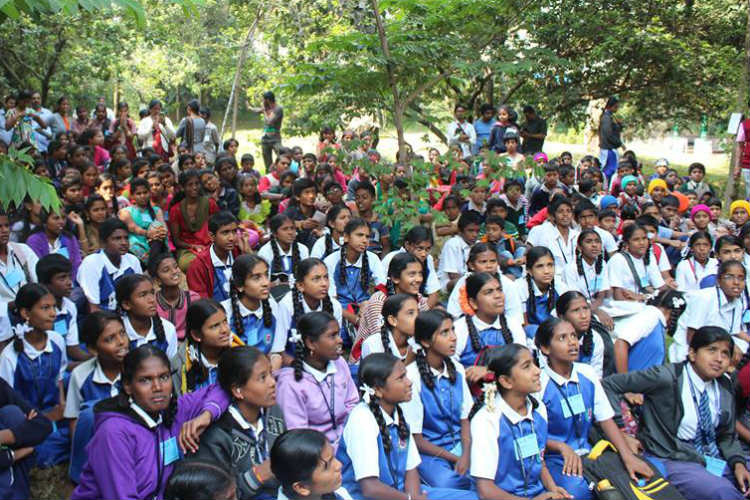 Recalling the inception of Abhyudaya, Vidyashankar says, “Back in 2004, kids of some labourers or factory workers in the neighbourhood would loiter in the streets after coming back from school. They would create a lot of disturbance.”

“We thought of engaging these students after school hours to help them with their academics,” he quips, “but mainly to get them off the street.” The first classes were started by Sri Lakshminarayana, who is on Abhiudaya’s executive team, with merely 12 students. When they started noticing that the children had taken a liking to studies and were being regular at schools, the idea expanded. “Now, we have about 82 centres, a majority of which are spread across South Bengaluru, with nearly 3,500 students from classes 3-10,” Vidyashankar says.

“Most of the education centres are in rural areas, so over half of the children are government school students. A few of them go to private schools, but they’re very small local schools,” he adds.

A lot of the students at Abhyudaya were failing to score well earlier. However, after joining the programme, their performance at school has improved marginally. “Some of them have failed. But quite a lot of them have passed,” adding that the average score by their students is between 60-80 percent. Besides Nidhi, a government school student, Nivedita, managed to score 78 percent in the recent exams. 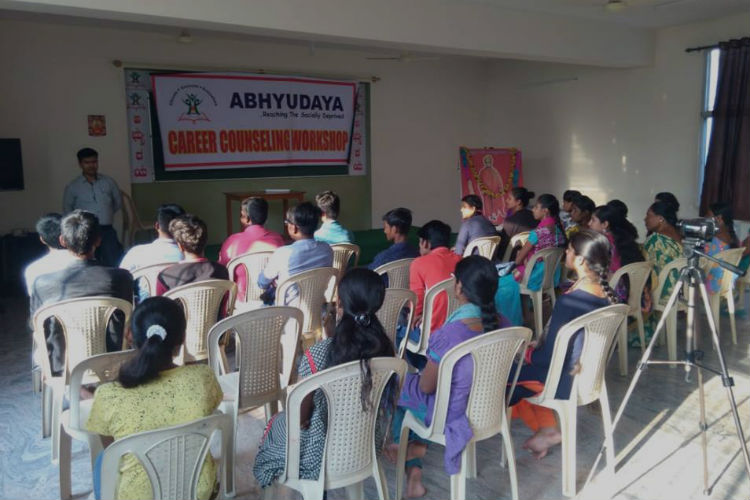 Last year, Inchara, a student of JSS Govt School, Konanakunte, scored 97.44 percent in her SSLC examinations. Her mother works as a house-maid. Another student, Satish, who studied at Jnana Vikas Public School, had scored 90 percent marks while juggling work as a paper-boy.

Spending a minimal amount, the non-profit holds classes six days a week in the evening for 2-2.5 hours. The teachers are either home-makers or college students who are willing to volunteer. At the moment, nearly 40 percent of teachers at Abhyudaya are former students.

A lot of Abhyudaya students return to the organisation to repay them by helping out other students. Vinay, a former student at Abhyudaya, now returns to the education centres to talk to younger students, and tell them all about the MBBS course he is pursuing. Vinay, who lives in a slum near Lalbaugh, used to wash cars to support his education.

While Abhyudaya tries to offer as much assistance as they can, being run by volunteers, scarce funding remains a perennial obstacle. Currently, the non-profit makes-do by donations and seeking concessions from universities. A sanguine Vidyashankar says, “We just hope that the public gets to know these success stories of our students. Perhaps then, they will offer them the help they need.”