Stirring a controversy, Telangana BJP MLA T Raja Singh Lodh on Sunday resigned from the party, as he now plans to prevent cow slaughter during Eid al-Adha without embarrassing the party.

On Sunday night, the BJP lawmaker, who represents Goshamahal constituency in the assembly, posted a Facebook live declaring his departure from the saffron party to offer support for the cause of cow protection.

“For me Hindu dharma and cow protection are priorities, and politics comes later. For ‘gau raksha’, I have resigned from the BJP. I brought up the issue in the Assembly many times, but the party did not provide any support,” he said. Singh said that he has forwarded his resignation letter to Telangana BJP president K Laxman.

ALSO READ: Has The Govt Chosen Cows Over Women With A Ban On This Important Drug? 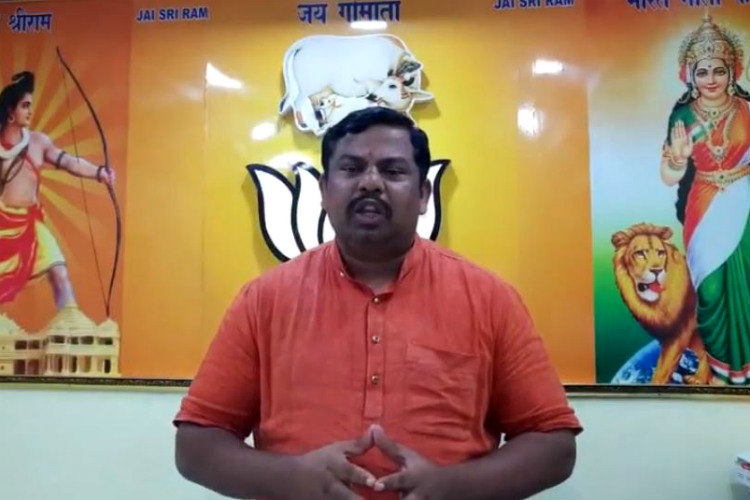 “…I and my team of ‘gau rakshaks’ will hit the streets and stop slaughter of cows in the state,” Singh said, adding that his team will “kill or die” to prevent the “political conspiracy” of cow slaughter during Bakr Eid. “For cow protection…we will kill or we will die. Our aim is to see that cows are not slaughtered.”

ALSO READ: A Year After Pehlu Khan, Another Man Lynched In Alwar on Suspicion of Cow Smuggling

Singh claimed that nearly 3,000 cows will be slaughtered for Bakr Eid, which will begin on the evening of August 21. He then condemned Telangana Chief Minister K Chandrasekhar Rao for not preventing cow slaughter in the state, despite allegedly being aware of it.

However, he also claimed that he does not intend to spoil the spirit of the festival, nor does he want to cause any trouble for the party.

The BJP lawmaker has gotten in trouble several times in the past and has even been booked by the police with regard to his controversial remarks.