The Narendra Modi government was in troubled waters after questions were raised over the educational qualification of former HRD Minister Smriti Irani. Later, the Aam Aadmi Party added fuel to fire when it alleged discrepancies in PM Modi’s graduation degree.  However, allegations aside, there is no dearth of highly qualified ministers in Modi government. 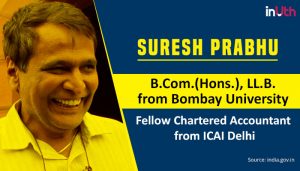 The Railway Minister is one of the most qualified ministers in the Modi cabinet. He graduated in commerce from Mumbai’s ML Dahanukar College at Vile Parle. Owing to his interest in law, he also pursued and completed his LLB from Mumbai’s New Law College. He is also a professional Chartered Accountant who bagged All India rank of 11 in his CA exams. Besides, he has a number of published works to his credit. 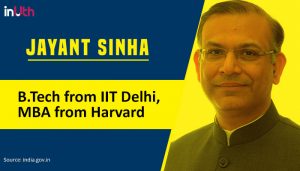 The minister of state for civil aviation has an education that can find few parallels in the Modi cabinet. Having completed his B.Tech degree from IIT Delhi with distinction, he completed his Masters in Engineering Management & Policy in 1986 from University of Pennsylvania. Later he enrolled in Harvard Business School where he got his Masters in Business Administration again with distinction. He worked as a successful investment banker with some of the top global firms including McKinsey and Company, Courage Capital and others.

Also Read: School dropout to MBBS: A look at the educational qualifications of Lalu Prasad’s family 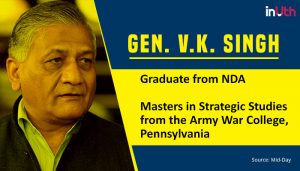 The former chief of Army Staff is currently serving as the Minister of State for Foreign Affairs and Independent charge for the development of the North East Region. His distinguished career was preceded by his exceptional educational qualification. He graduated from the prestigious National Defence of Academy. He did his M.Sc in Defence studies from the Madras University. He later pursued his Masters in Strategic Studies from the Army War College in the Eastern University of Pennsylvania and did a Ph.D from the Barkatullah University in Bhopal. 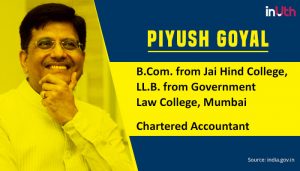 The Union power minister has a brilliant academic record. He is the all-India second rank holder Chartered Accountant and second rank holder in Law in Mumbai University. He completed his schooling from Don Bosco High School, Mumbai and graduated from Jai Hind College. He later did an LLB from Government Law College, Mumbai. Professionally, he was a Chartered Accountant and Management Consultant. A well-known investment banker, he has advised top corporates on management strategy and growth. 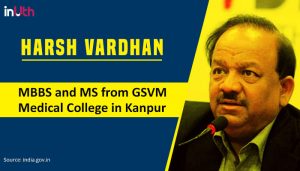 Harsh Vardhan currently holds multiple ministries in the Narendra Modi government. Affectionately called “Doctor Saab” by his supporters, the Delhi politician has done his MBBS from Ganesh Shankar Vidyarthi Memorial Medical College, Kanpur. The former health minister also earned his Master of Surgery in Otorhinolaryngology from the same college in 1983. Known for disarming simplicity in his personal life and transparency, Vardhan is a practicing ENT surgeon. 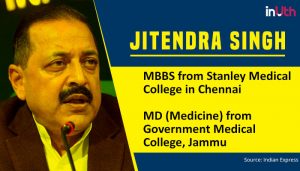 Singh is currently holding multiple portfolios as MoS for the Ministry of Development of North Eastern Region, Prime Minister Office, Personnel, Public Grievances, and Pensions. A renowned Diabetologist and a former professor, Singh completed his MBBS from Stanley Medical College in Chennai and MD (Medicine) from Government Medical College, Jammu. He has authored eight books and is also a newspaper columnist. He quit a government job of Professor of Medicine to pursue a career in politics. His ground-breaking work on “Stress Diabetes in Kashmiri Migrants” published in “International Journal of Diabetes in Developing Countries” was hailed by World Health Organization (WHO).

Also Read: Mechanical engineer to doctor: Know how educated the Chief Ministers of India are 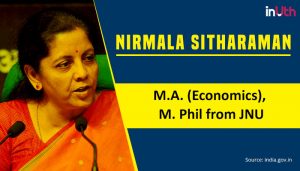 Sitharaman is currently in charge of the Commerce and Industry Ministry and Finance ministry as MoS. The former BJP spokesperson is a Bachelor of Arts from Seethalakshmi Ramaswamy College, Tiruchirappalli. She completed her masters in economics from Jawaharlal Nehru University Delhi. She also did her PhD in international commerce (Indo-European textile trade within the GATT framework ). Besides, she also holds an M.Phil degree from JNU. She has worked at PricewaterhouseCoopers research unit in London and later for the BBC World Service. 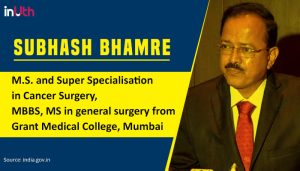 The Minister of State for Defence also has a distinguished educational background. A renowned oncologist, the Dhule MP completed his MBBS and MBBS from Grant Medical College, Mumbai. He has worked in some of the most prestigious medical centres including JJ Hospital Mumbai & Tata Cancer Hospital Mumbai. The 64-year-old drew accolades for his social activities like providing free treatment to financially weak cancer patients, conducting free multiple medical camps and surgeries. 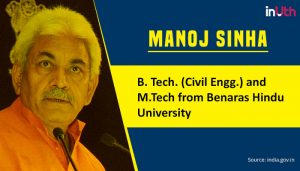 The MoS for Railways and Communication is a civil engineer by profession. The BJP veteran has both B.tech and M.Tech degree in Civil Engineering from the Benaras Hindu University (now IIT BHU) in Varanasi. Prior to active politics, he was a member of the General Council, School of Planning during 1999-2000. The Ghazipur MP was counted among the seven most honest MPs by a leading magazine. He set a rare example by utilising his entire MPLAD Fund for the welfare of the people of his constituency. 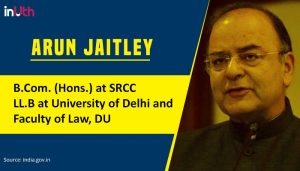 The Rajya Sabha MP, often regarded as the second most powerful man in Modi cabinet, did his schooling from New Delhi’s St. Xavier School. He graduated with a honours degree in commerce from prestigious Shri Ram College of Commerce in 1973. He got his degree in Law from the Faculty of Law, the University of Delhi in 1977. During his career as a student, he was the recipient of several distinctions for his outstanding performance both in academics and extra curricular activities. On the professional front, he is a veteran lawyer at Supreme Court.