The Supreme Court on Thursday allowed Parsi women married outside the community, to enter Zoroastrian fire temple, a ruling that is likely to effect changes in personal laws of one of India’s most affluent minority communities.

The apex court’s order came after Valsad Parsi Anjuman Trust, a community trust based in Gujarat, said in an undertaking that it will allow petitioner Goolrokh M Gupta, who married a Hindu, to attend funeral prayers and related ceremonies of her parents when the need arises.

What the Court said

A five-judge bench led by Chief Justice of India Dipak Misra junked the Gujarat High Court order that had upheld the Parsi customary law which states that a woman who marries outside the community loses her religious rights as a Parsi.

There would be no hindrance to women entering the fire temple managed by the Trust, to offer prayer, the court said. 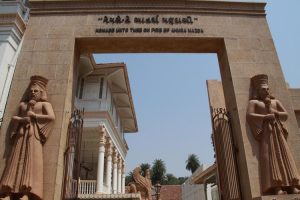 As far as the issue regarding the second ‘tower of silence’ for participating in the funeral is concerned, the Bench said that it would take it up on January 17.

Here’s what you need to know about the case

What’s the case about

A Parsi woman, Goolrokh M Gupta, who had married a Hindu but retained her faith, was barred from entering the fire temple. Additionally, the Trust had also announced that it would not allow her to enter the temple of Silence for the last rites of her parents when they die.

Subsequently, Gupta approached Ahmedabad High Court in 2010 contending that even after her marriage with a Hindu man, she has continued to follow Zoroastrian religion and thus had the right to enjoy all privileges under the Parsi religion, including right to offer prayers at Agiari, a Parsi temple having the holy fire and the Tower of Silence.

However, the high court dismissed her plea upholding the customary law to not let Parsi women enter the fire temple if they married into other religions. In its order, the court said that upon marriage to a Hindu man under the Special Marriages Act of 1954, the woman had ceased to be a Parsi and deemed to have converted to Hinduism.

Gupta then moved Supreme Court in 2012, seeking the right to enter the ‘tower of silence’ to perform her parents’ last rites in the event of their death. She said she was worried because her parents are both 84 years of age.

She had also sought the right to visit the Tower of Silence in the event of her father’s death to perform last rites.

Since the matter involved the fundamental right to practise any religion, it was referred to a five-judge constitutional bench headed by Chief Justice of India Dipak Misra. 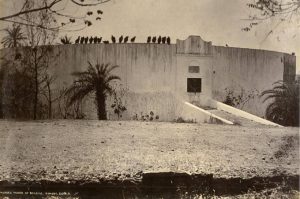 What the petitioner’s counsel said

Appearing for Gupta, senior lawyer Indira Jaising last week argued that her client had every “right to be present at the funeral of her parents” and no trust, person or even state can curtail her freedom to practise her faith.

“The restriction placed on the woman was not one imposed by the religion; it was at the behest of the trustees of the denomination. It amounts to excommunication. By stopping the daughter from participating in the funerary rites of her father, her filial right has been violated. That tantamounts to a contravention of the right to association guaranteed under Article 19.” Jaising told the court.

What the judges said

The court’s ruling wasn’t a surprise as the constitutional bench had last week indicated  how its decision may turn out.

Observing that “DNA does not evaporate” after marrying outside the religion, the court on December 7 said that the “marrying under the Special Marriage Act is only for the retention of original identity”.

The Bench asked the trust counsel Gopal Subramanium to urge the community to take a more “progressive” stand on the issue.

“You must tell the trustees… rigidity is not always a correct principle of understanding a concept of religion. Less rigidity attracts more…,” the CJI told Subramanium.

“ There is no law which says that a woman loses religious identity after marrying a man from another faith,” said the bench also comprising Justices A K Sikri, A M Khanwilkar, D Y Chandrachud and Ashok Bhushan.