The Parsi community has been at the forefront of many social and economic reforms in India. Their history in India can be traced back to the 8th century when they migrated from Persia (Iran) to the Indian shores to avoid persecution from Arab conquests in their homeland. They are known for their adherence to Zoroastrian faith and are a very close-knit community. However, their numbers have dwindled over time and as per the latest estimate, there are nearly 69,000 Parsis in India. Despite being small in number, Parsis are the most economically sturdy and educated community in India. From being entrepreneurs and legal luminaries to serving in the army, Parsis are known to lead by example.

Here we have compiled a list of 15 of the most famous Parsis in India. 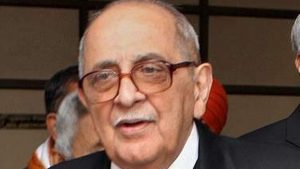 An eminent lawyer and constitutional scholar, Nariman has been a counsel in several high-profile cases. A recipient of the Padma Vibhushan (2007) and Padma Bhushan (1991), Nariman’s contribution to jurisprudence and public affairs is unmatched. Born in a Parsi Family, Nariman completed his BA in Economics and History from St Xavier’s College, Mumbai, and thereafter got his law degree from Government Law College in 1929. He also served as Additional Solicitor General of India from May 1972 to June 25, 1975, however, he quit the post upon declaration of Emergency. 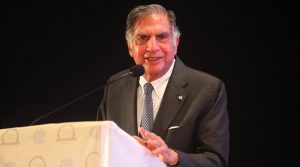 Perhaps, the most famous name from Parsi community, Tata was the Chairman of Tata Group, a global business giant, from 1991 to 2012. During his stint, the conglomerate’s revenues grew over 40 times, and profit over 50 times. His tenure also saw the acquisition of tea brand Tetley with Tata Tea, Jaguar Land Rover with Tata Motors and most notably steel giant Corus’s merger with Tata Steel. The 79-year-old was embroiled in a power tussle with Cyrus Mistry who was removed as the chairman of the group last year. Recipient of Padma Vibhushan (2008) and Padma Bhushan (2000), the business magnate continues to head Tata Group’s charitable trusts – Sir Dorabji Tata Trust and Sir Ratan Tata Trust – and their allied trusts. 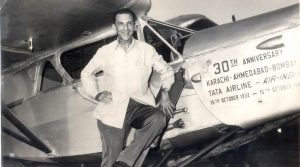 Jehangir Ratanji Dadabhoy Tata has the rare distinction of being the first licensed pilot of India. A pioneering entrepreneur in his own right, it was under his leadership that several firms emerged from the Tata Group, including Tata Consultancy Services, Tata Motors, Titan Industries, Tata Tea and Voltas. He is also the founder of India’s first Airlines Tata Airlines in 1932, which became Air India in 1946. His tenure as Tata Group chairman also saw the group’s assets growing from US$100 million to over US$5 billion. He was also associated with several social welfare initiatives. Under his guidance, Asia’s first Cancer Hospital – Tata Memorial Centre for Cancer, Research and Treatment – was established in 1941. He was awarded India’s highest civilian honour, Bharat Ratna, for his humanitarian endeavours. 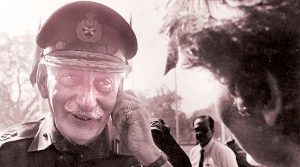 Manekshaw was the Chief of the Army Staff of the Indian Army during the Indo-Pak war of 1971. In his miltary career that spanned over four decades, he served the army in five wars beginning with World War II under the British Army. Born in Punjab to a Parsi family, his father was also an army man, having served in the British army in the first world war. He was selected as part of the first batch of cadets to attend Indian Military Academy in 1931. He was also the first military officer to attain the rank of Field Marshal. During his stint as COAS, he played a key role in preventing the implementation of reservations for Scheduled Castes and Scheduled Tribes in the army. 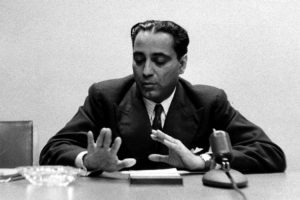 Homi Jehangir Bhabha hailed from an illustrious Parsi family of Mumbai. His father, Jehangir Hormusji Bhabha, was a well-known lawyer. Being a brilliant student, he attended Mumbai’s Elphinstone College at the age of 15. He then attended the Royal Institute of Science and moved to Cambridge University to pursue mechanical engineering and did extensive research on his favourite subject, Physics. He was instrumental in starting India’s nuclear programme. With help of JRD Tata, he played a major role in establishing the Tata Institute of Fundamental Research in Mumbai.

One of the bravest soldiers to serve in the Indian army, Tarapore was awarded the highest gallantry award Param Vir Chakra for his valour and sacrifice in the 1965 Indo-Pak war. During the war, he was in command of the Poona Horse regiment which launched an attack on Phillora in the Sialkot sector, which was met with fierce armour charge by Pak army. His tank was hit several times, which left him wounded but the brave-heart refused to be evacuated. Inspired by his bravery, the regiment attacked the Pakistani armour and destroyed nearly sixty Pakistani Army tanks, suffering only nine tank casualties. Even when he achieved martyrdom, his regiment continued to defy the enemy. 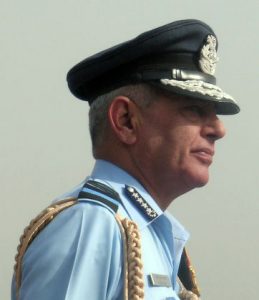 Born on May 29, 1947, in a Parsi family, Air Chief Marshal Fali Homi Major served as the 21st Chief of the Air Staff of the Indian Air Force. In his distinguished career spanning nearly four decades, he worked in a variety of Command, Staff and Instructional appointments. With a flying experience of 7,765 hours, Major oversaw several dangerous missions. His helicopter unit took part in operations in Siachen (world’s highest battlefield) and commanded a Mi-17 squadron during the IPKF operations in Sri Lanka, rescue mission of 11 tourists stranded in cable car among others. 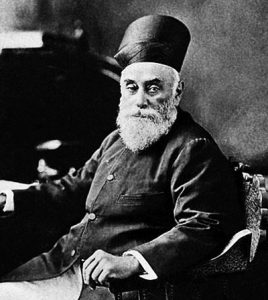 Born on March 3, 1839, Jamshetji is known as the grandfather of modern Indian Industry thanks to his business acumen and entrepreneur skills. He established India’s trade relations with England, America, Europe, China, and Japan. A visionary in his own right, he had four goals in life – starting an iron and steel company, a world-class learning institution, a grand hotel and setting up a hydro-electric plant. Of them, he only succeeded in building the Taj Mahal Hotel at Colaba (1903) during his lifetime. At that time, Taj was the only hotel in India to have electricity. 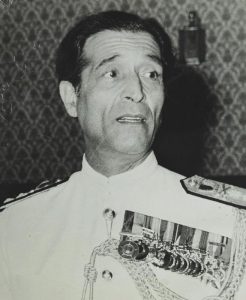 Vice Admiral Rustom Khushro Shapoorjee Ghandhi was not only a great soldier but also an able administrator. Born in 1924 in Jabalpur, Gandhi joined the Royal Navy with a permanent commission as an officer cadet on January 1, 1943. He has the distinction of being the only officer to have commanded ships in all naval wars fought by India. He played a decisive role in “Operation Vijay” of 1961 that saw the end of Portuguese rule in Goa. He was awarded Vir Chakra for his role in the 1971 Indo-Pak War. After his retirement, he served as the governor of Himachal Pradesh. 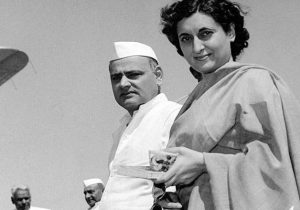 Born into a Parsi family on September 12, 1912, in Bombay, Feroze was so inspired by the Father of the Nation, Mahatma Gandhi, that he changed the spelling of his surname from “Ghandy” to “Gandhi” after joining the Independence movement. Besides playing a key role in the freedom struggle, he is also said to be India’s first anti-corruption activist as he exposed the nexus between Congress government and business powerhouses. Feroze earned the title of ‘Giant Killer’ after he exposed how the then Finance Minister TT Krishnamachari helped business tycoon Haridas Mundhra to benefit from and manipulate stock markets. 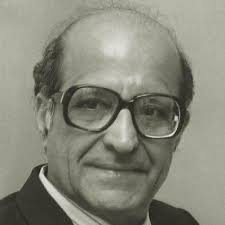 Another stalwart of the Parsi community who was a prominent jurist and economist, he joined the bar in 1946 and quickly became famous as an eloquent and articulate barrister. Along with legendary Sir Jamshedji Behramji Kanga, he wrote The Law and Practice of Income Tax, which is still considered an authoritative work in commercial and tax law. He was one of the most ardent defenders of the rights of freedom of expression and freedom of the press. When the Indira Gandhi government imposed import controls on newsprint in 1972 to stifle dissent, he argued in the Supreme Court that newsprint served more than just a general commodity. 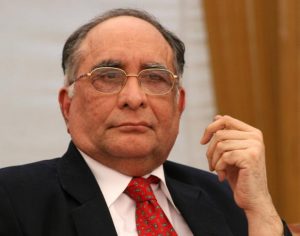 Another top legal luminary from Parsi community, Sarosh Homi Kapadia served as the thirty-eighth Chief Justice of India. He joined Bombay High court as an advocate in 1974. In 1991, he was appointed as an additional judge at Bombay High Court and in March 1993, he was appointed as a permanent judge. He became the Chief Justice of the Uttarakhand High Court in 2003 and soon was elevated as a judge of Supreme Court. He will perhaps be remembered for his most notable judgement that came in Vodfaone versus the Union of India, where he ruled that Indian revenue department did not have territorial jurisdiction to tax offshore transactions. 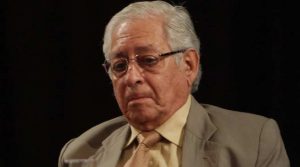 The former Attorney-General of India and an eminent jurist, Soli Sorabjee is a strong proponent of civil liberties and protection of human rights. He was admitted to the bar in 1953 after completing his studies at St Xavier’s College, Mumbai and Government Law College. He was designated as a senior Supreme Court lawyer in 1971. He also served as Solicitor-General of India from 1977 to 1980. At present, he is the Chairman of Transparency International and Convenor of the Minority Rights Group.

Ardeshir Godrej firmly believed that freedom would remain a distant dream until India becomes self-reliant. Despite hailing from an affluent family, Ardeshir did not approach his father for a loan and arranged it from elsewhere. He began his business by starting manufacturing locks on May 7, 1897, in Lalbaug. Gradually, he expanded his business interest from security engineering to soaps to typewriters to white goods. Godrej became a household name in India, notching up a majority of the market share. 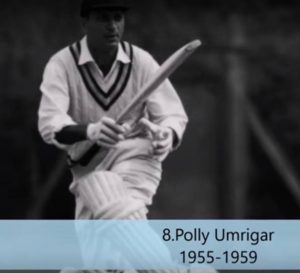 Born on March 28, 1926, in Maharashtra’s Sholapur, Pahlan Ratanji Umrigar was a legendary cricketer who played from the late forties to the early sixties. He had then held the record of the Indian player with most Tests, most runs and most hundreds. In fact, his records stood from 1962 to 1978, only to be broken by little master Sunil Gavaskar. Cricketers from the Parsi community dominated the Indian cricket scene in the 50s and 60s. Cricketers like Phiroze Edulji Palia, Rustomji Jamshedji, Rusitomji Sheriyar Modi, Keki Khurshedji Tarapore, Nariman Jamshedji Contractor are some of the notable names.