As you may have heard, Chief Minister of Delhi Arvind Kejriwal was not invited to the inauguration of Delhi Metro’s Magenta line. The inauguration saw Prime Minister Narendra Modi and Uttar Pradesh Chief Minister Yogi Adityanath taking a ride on the soon-to-be driverless trains. Well, Kejriwal was snubbed before too when the Faridabad stretch of the rapid transit was opened. So what’s new? When PM Modi inaugurated Kochi and Hyderabad metros, the invitation was extended to chief ministers of their respective states which are governed by parties outside the NDA. Thus, the Kejriwal snub this time was a burn!

Take a look at what we think could have been the possible reasons behind Arvind Kejriwal getting snubbed once more:

1. No mufflers, only Nehru jacket
If you thought the PMO doesn’t care about fashion, you may just be wrong! PM Modi has always been quite prepped up with those sleek safari suites or Nehru jackets and is known to have a region-centric wardrobe (google ‘Modi in Nagaland’). And if CM Kejriwal stood beside him with his neck painfully wrapped in a thick muffler while sporting his iconic AAP cap, it will look so odd for photo-ops, don’t you think? Thus, no invite! 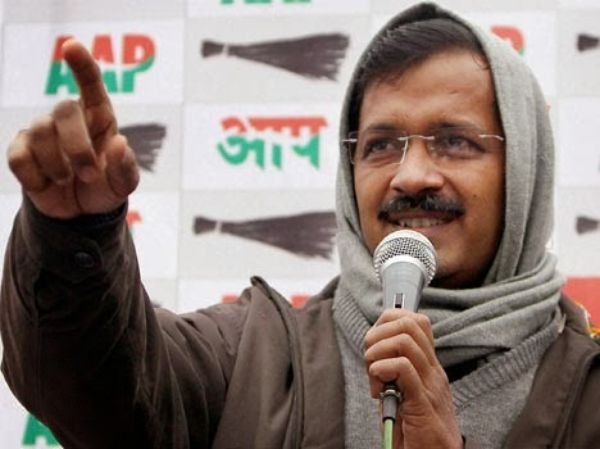 ALSO READ: Not just Arvind Kejriwal, these 5 other politicians are also from IIT

2. Because Delhi Metro uses mops, not brooms!
Those hard-working janitors go up and down the platform’s length to keep it sparkling clean and ask you to step aside whenever you come in their way. Did you notice that they only use mops and nothing else? So if one of them asked Kejriwal to step aside, wouldn’t it be knee-slapper symbolism? #MopsInsteadOfBrooms

3. Dharnas on metro track will fetch you a fine of Rs 500
The Delhi CM is more often than not at odds with the PM. Whether it be regarding the increase in Metro fares, disagreeing with the Lieutenant-Governor or the whole fiasco around the EVMs, Kejriwal is known to sit on dharnas (sit-in protests) to voice his demands. And what if he suddenly decides to sit on a dharna in front of the shiny new metro? The PMO seems to have thought it through and helped the Delhi CM avoid paying a fine of Rs 500. 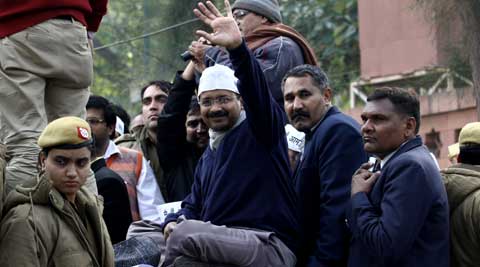 4. Whether to use UP Police or Delhi Police to detain Kejriwal
The Delhi CM has been detained a number of times but it was always the Delhi police (under the Centre) which was set to action. Now that the new stretch of the Metro will connect two states, which of the two police will detain Kejriwal if need be? The Delhi police which falls under the Centre or the UP police which operates under UP CM Yogi Adityanath? Better to avoid a constitutional crisis than to invite Kejriwal, right?

5. Because somebody stole Kejriwal’s WagonR?
How will the CM travel to the Delhi Metro line’s inauguration if he can’t even find his car? His iconic blue WagonR was stolen from outside the Delhi Secretariat a couple of months ago after which several AAP MLAs announced monetary rewards to whoever returned the CM’s car. (PS: Let’s just overlook the fact that his car was found abandoned in Ghaziabad soon after) 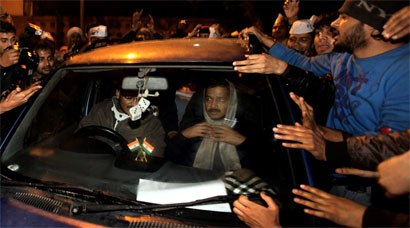