Shambhulal Regar, who lynched a Muslim man on camera over love jihad in Rajasthan’s Rajasamand, will most likely contest the 2019 Lok Sabha elections from Agra. Reportedly, the Uttar Pradesh Navnirman Sena has offered him a ticket and has claimed that Regar has already accepted the proposal.

Regar was arrested after a video of him hacking a man to death and subsequently burning him surfaced online in December last year. In the video, Regar claimed that the deceased, who was a Muslim migrant worker from Bengal, had “committed love jihad” and threatened that others who do so would also meet the same fate. 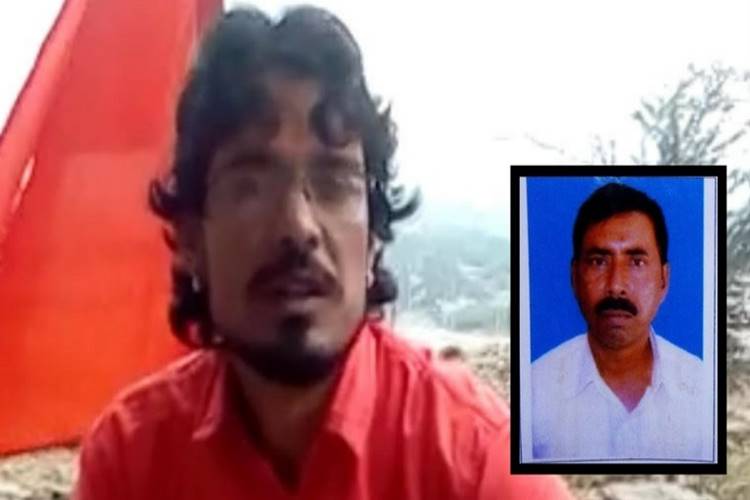 Regar also urged others to rise against “Islamic jihad”, which has been “destroying our culture”, and gained a following among the Hindu far right. In March 2018, a tableau was taken out in Regar’s honour on the occasion of Ram Navami in Jodhpur. Speaking about why they chose Regar for the ticket, Jani added, “We want only Hindutva faces to contest elections on our party’s tickets and there can be nobody better than him. We will soon make a formal announcement.”

ALSO READ: ‘He was not married to any Hindu woman’: Family of killed labourer rubbishes ‘Love Jihad’ allegations

The Agra seat — which is currently held by BJP’s Ramshankar Katheria, the Chairman of the National Commission of Scheduled Castes (NCSC) — is reserved for members of the Scheduled Caste. Jani also told the news portal that people like Atique Ahmed, Mukhtar Ansari and Raja Bhaiyya also have cases against them, hence he doesn’t object to associating himself with someone like Regar, who he says is “innocent until proven guilty.”

Incidentally, Jani himself has been arrested after issuing death threats to Jawaharlal Nehru University Student Union (JNUSU) President Kanhaiya Kumar in a Facebook post from 2016. Reportedly, he was also arrested along with an associate for sharing a morphed picture of the Taj Mahal with saffron flags, outraging religious sentiments, back in October 2017.