Fake news was all the rage last year, and as it turns out, the fad has stuck around this year as well. In an attempt to demean the Yogi Adityanath government, an advisor of Akhilesh Yadav tweeted a photo, recently, which backfired terribly.

Aashish Yadav, who is a former BBC journalist, posted a picture of a woman performing on a stage, allegedly at the Gorakhpur Mahotsav, held between January 11 and 13. In his tweet, Yadav mocked the modern-day “civilisation and values” highlighted in the event organised by the chief minister. 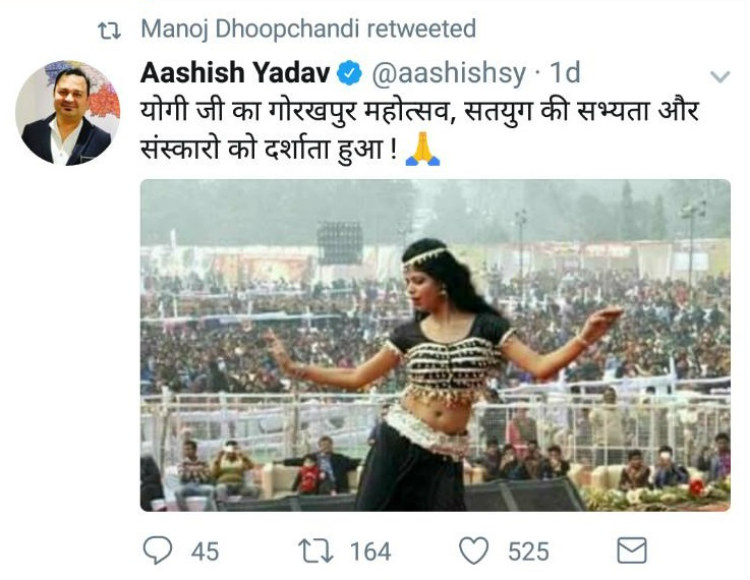 ALSO READ: Yogi Adityanath has coined a new word for Hindutva. Here’s a complete guide to his private dictionary

Recently, the Yogi Adityanath government came under scrutiny for the Gorakhpur Mahotsav, which is organised to promote local artists. According to reports, the state government had shelled out Rs 1.33 crores from the treasury, which prompted people to question their priorities. Some people even referred to the tragedy in Gorakhpur, the CM’s constituency, from August 2017 where 60 children were reported deaths in a government hospital had surfaced.

Yadav’s tweet was even retweeted by the former Samajwadi Party spokesperson Manoj Dhoopchandani. The tweet was later deleted from his profile.

Photo of a girl dancing on stage in front of a crowd is tweeted by Samajwadi Party, Congress and Aam Aadmi Party supporters, where they questioned the need of celebration comparing with the unfortunate deaths of infants in BRD Hospital, many used sarcasm… https://t.co/Cs4iYaQMwG

ALSO READ: Why aren’t we surprised, Yogi Adityanath says the word secular is a big lie

It was later observed by Twitter user SM Hoax Slayer that the picture is actually from the Gorakhpur Mahotsav held in 2016 when former CM Akhilesh Yadav was in office. Reportedly, the picture was taken when one of the participants of the ‘Gorakhpur Got Talent’ was performing on stage. 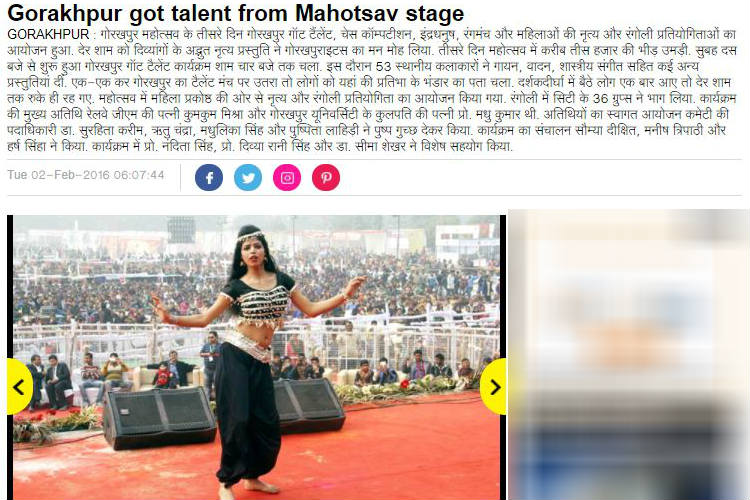