Days after Haryana government indicted Gurugram’s Fortis hospital for “negligence and lapse” leading to the death of a seven-year-old girl from dengue and overcharging her treatment costs, the trouble is not over yet for the hospital.

On Sunday, following a complaint by the state government’s health department, a case of culpable homicide (not amounting to murder) has been filed against the hospital, a Hindustan Times report says.

ALSO READ: We aren’t killers but saviours’, doctors hit back at Haryana minister over Fortis death

“We received a 49-page complaint against the hospital by the health department. A case has been registered,” Gaurav Phoghat, station house officer, Sushant Lok police station told HT. 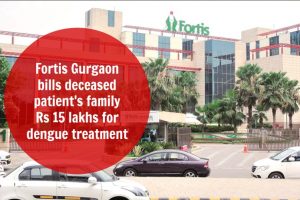 In August, the deceased girl Adya Singh was admitted to the Fortis Memorial Research Institute in Gurugram with a severe case of dengue shock syndrome. However on September 14, the girl died suddenly and the family was handed a bill of Rs 15.5 lakh.  It was alleged that the hospital used expensive medicines rather than generic and affordable medicines in an attempt to overcharge the family. The matter caught media’s attention after a family friend tweeted about it and tagged the authorities including union health minister JP Nadda.

Responding to the family’s queries, Central government had nudged Haryana government to order an investigation in the matter.

A committee headed by Dr Rajiv Vadhera, Additional DG, Health, Haryana was set up by the government on November 21 to probe allegations that the private hospital overcharged the girl’s family, a PTI report said. After submitting its report, the committee had found “several irregularities” and neglected protocols in the girl’s case. 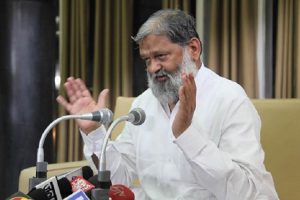 Prior to the FIR, Haryana Health Minister Anil Vij on Saturday said his department had written to the Haryana Urban Development Authority (HUDA) to cancel the lease of land to Fortis hospital in Gurugram.

According to Vij, the hospital has allegedly violated terms and conditions of the land lease agreement. He also said the license of hospital’s blood bank will be cancelled.