Prime Minister Narendra Modi on Wednesday inaugurated the Patanjali Research Institute at Patanjali Yogpeeth in Haridwar. Speaking at the inaugural event, Modi lauded the efforts of Ramdev in popularising yoga and Ayurveda. He also added that he felt fortunate of having had a close association with Ramdev and patted his back for the commitment that he has shown towards the health of the people.

At the event, Ramdev also felicitated the Prime Minister by calling him ‘Rashtra Rishi’. He applauded the work done by Modi saying that it was only due to what he has accomplished that he is winning followers across the globe.

Earlier in the day, several newspapers carried advertisements about the Research Institute where Patanjali introduced the Prime Minister in its ad saying: “The pride of the nation, in whom 125 crore Indians see a glorious future. The one who works vigorously to create a divine and holistic India. The one who is a sage and proving to be a God’s boon to the nation. He is none other than Honourable Prime Minister of India, Rashtra Rishi Sri Narendra Modi.” It also states that the live telecast of the event will be telecasted on all leading news channels in the country.

Here is a look at the pictures from the inaugural event of Patanjali Research Institute. 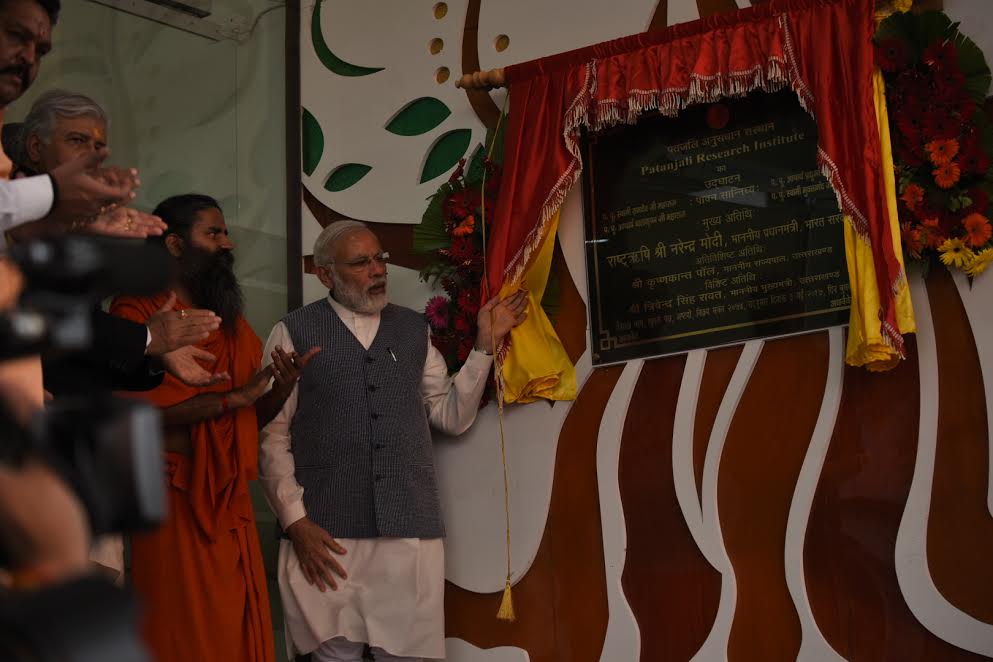 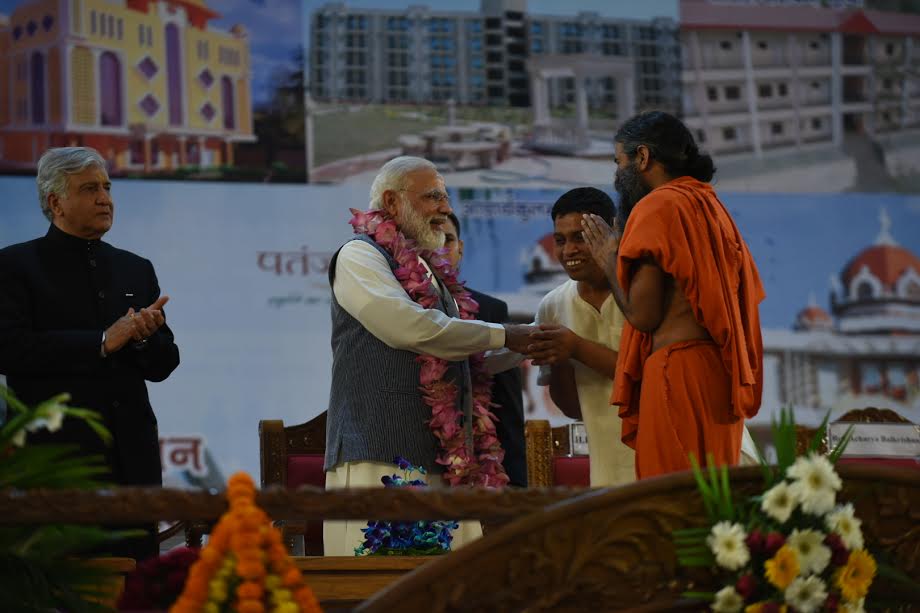 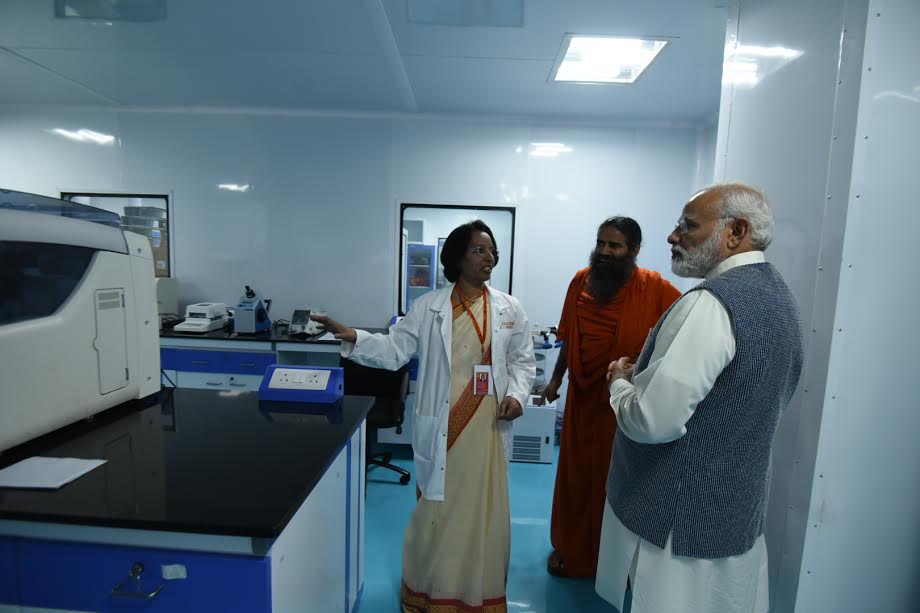 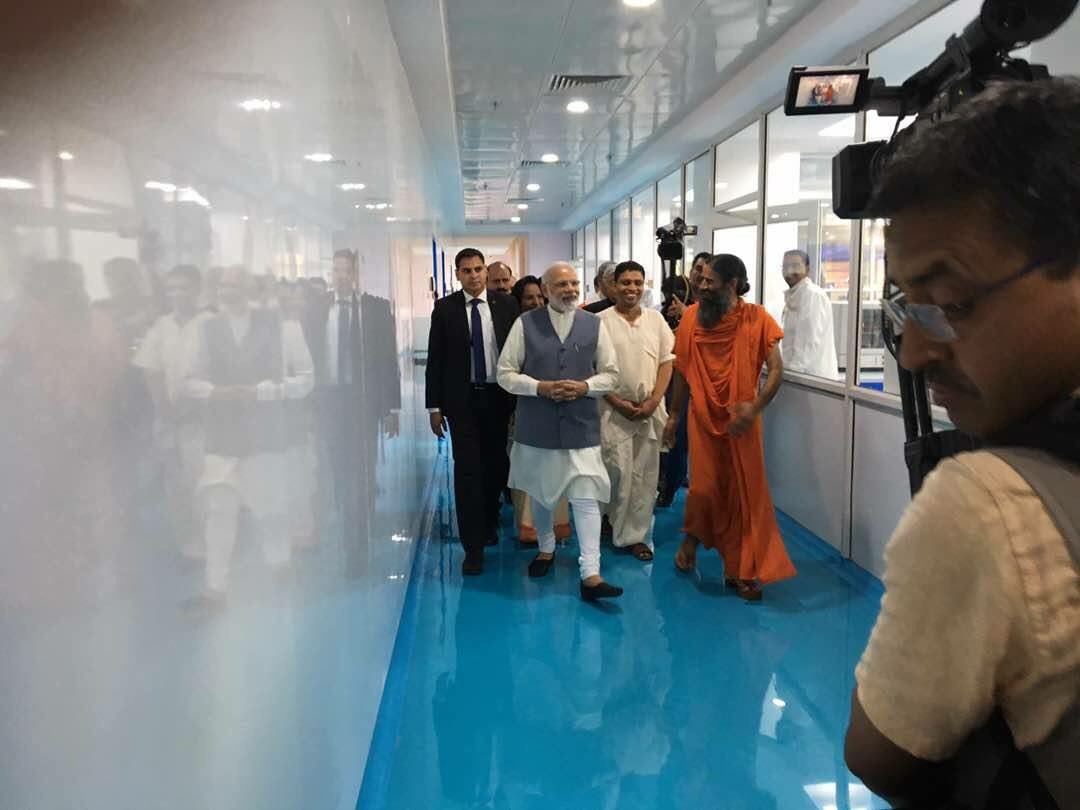 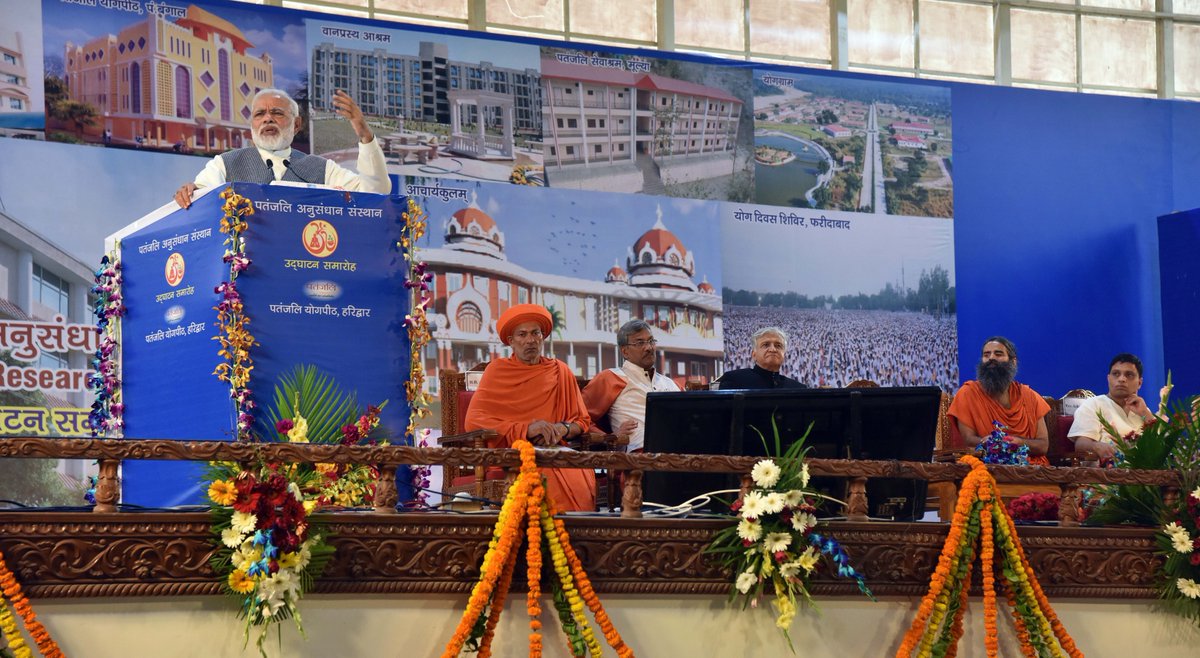 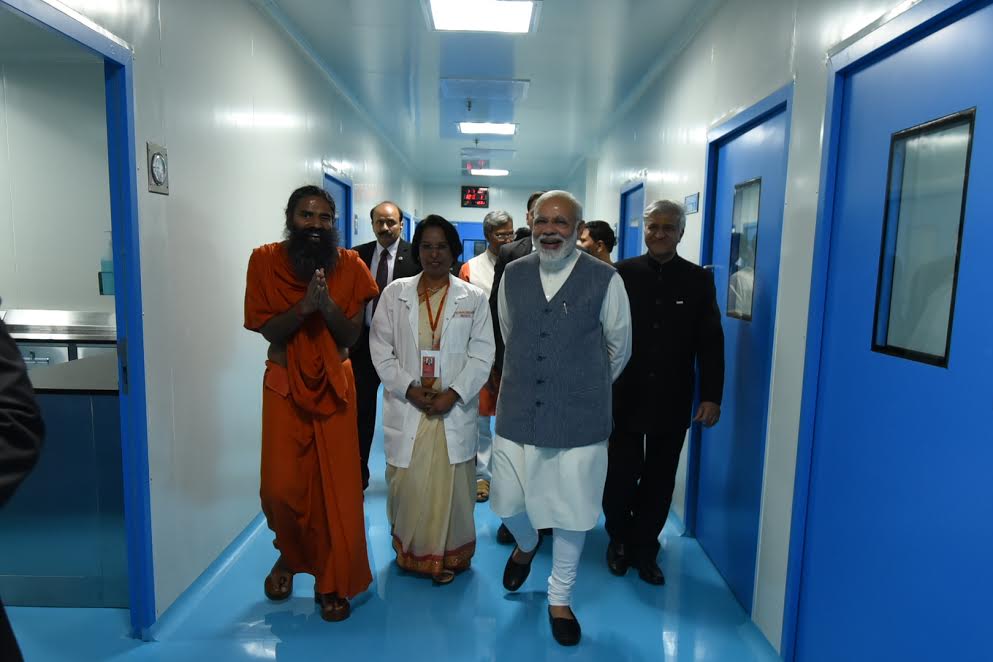 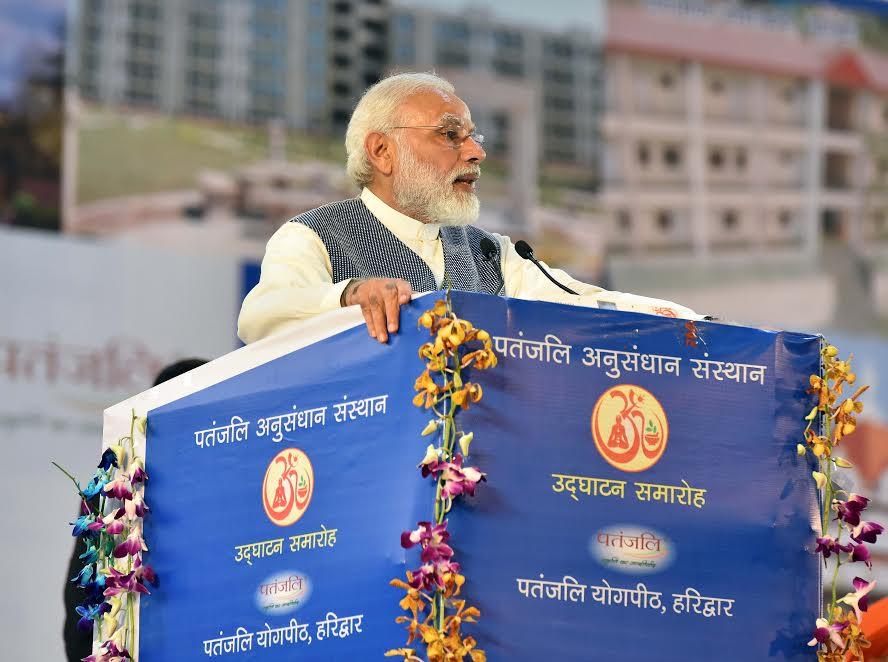 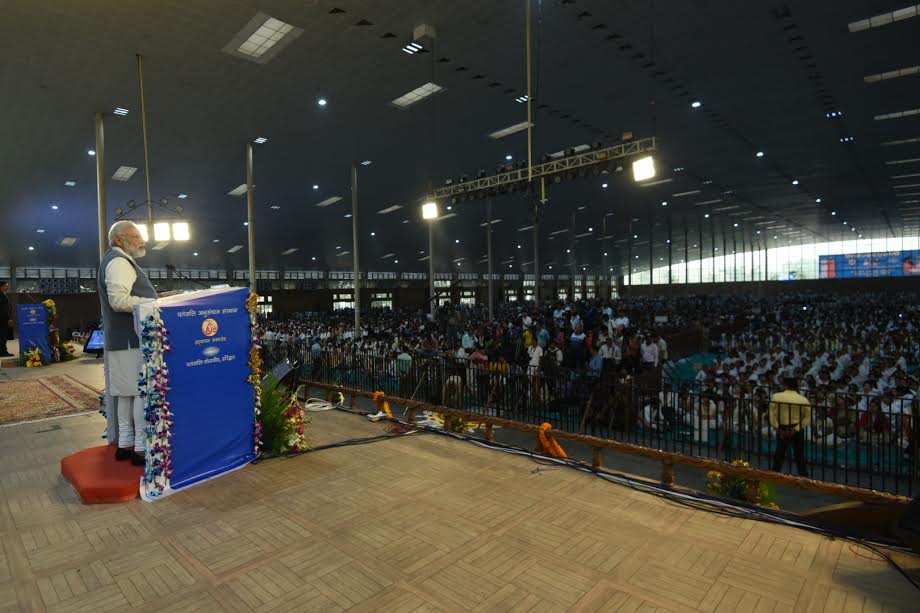