The Jama Masjid Aiwan-e-Begumpet in Hyderabad, popularly known as the ‘Spanish Mosque’, will open its doors to people of all faiths on Independence Day. The 112-year-old mosque—which was maintained by the Paigahs, an aristocratic family—will allow guided tours for the first time as part of the ‘Visit My Mosque’ programme.

Speaking to PTI, M A Faiz Khan, a member of the Paigah family and ‘mutavalli’ (caretaker) of the mosque, said, “We invite people from all religions to attend the ‘Visit My Mosque’ programme. This initiative promotes national integrity and communal harmony and it is an opportunity to meet, share and experience the values and culture of the Indian Muslim community.” The tours will be organised between 10 am and 7 pm on August 15 in a move aimed at promoting inter-faith harmony.

“In today’s world, there are a lot of misconceptions… Unfortunately, barriers are being created and so we would like to undo that and bring people together… This is to promote brotherhood and all are welcome,” Khan added. 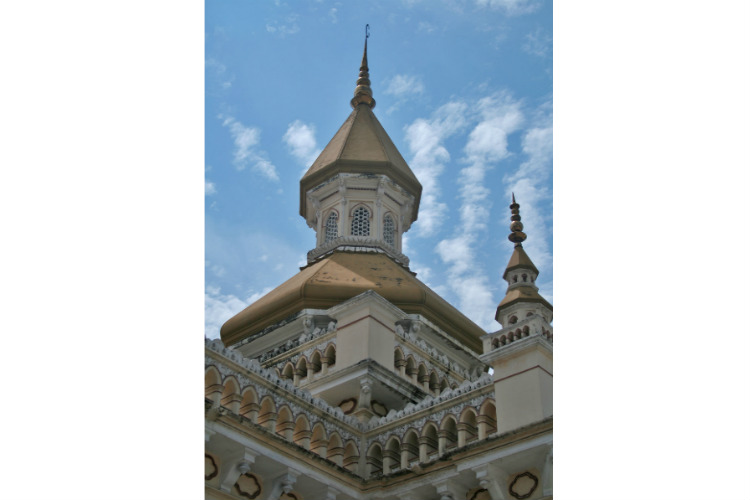 In 2010, the ‘Spanish Mosque’ received the Intach Heritage Award.

The mosque was nicknamed the ‘Spanish Mosque’ owing to its unique architecture, which was inspired by the  Mosque-Cathedral of Córdoba in Spain. It was commissioned by Paigah noble Sir Viqar-ul Umera in 1887 following his return from Spain. It was completed in 1906 by his heir and elder son H.E Nawab Sultan Ul Mulk Bahadur.

Speaking about the tours, Khan said that visitors will be allowed to seek any clarifications as they want people to know what actually happens inside the mosque. “People can share a good time, discuss out the things and feel good about it especially on our Independence Day. Presently this programme is for one day,” Khan said.

According to Indian National Trust for Art and Cultural Heritage (INTACH), Telangana, co-convenor P Anuradha Reddy, the interiors of the mosque also integrate Turkish elements, such as the Turkish calligraphy inside the structure. On the mosque opening its doors to the public for Independence Day, Reddy said, “It is a good idea… People of all communities can learn about each other. It is happy thing for other people to go and recognise it’s beauty.”