The recent incident of molestation and assault in a moving local train in Mumbai has reignited the issue of safety and security of women in Indian Railways. A 30-year-old woman was physically assaulted and later molested by a man known to her in a compartment reserved for the physically challenged. As per reports, the accused Rafique Khan (32), a taxi driver, owed money to the victim, because of which it led to a dispute between the two, reports Indian Express.

The incident happened in a CST-bound train between Kalyan and Dadar between 11 pm and 11:22 pm. The video of the incident which was recorded by a co-passenger has gone viral. 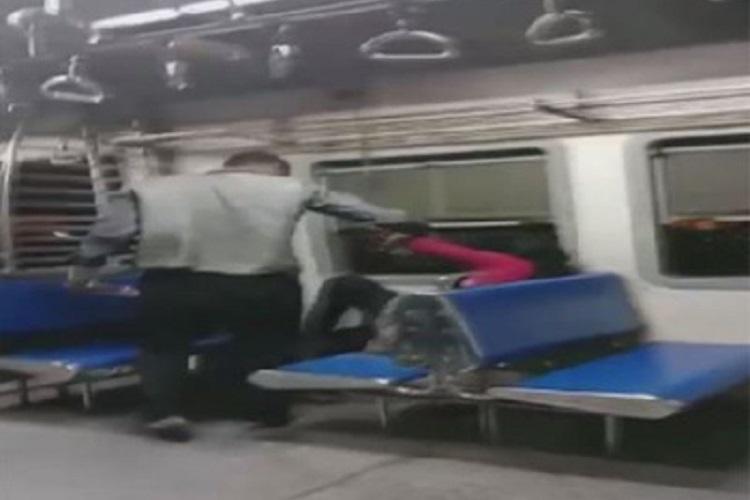 A screenshot of the video

In the video, the man is seen molesting the woman. He also tries to strangulate her with a dupatta, even as she tries to fight back. Some passengers are seen shouting from the adjoining compartment which is separated by a barrier, from the spot where the incident is taking place. A glimpse of two passengers sitting in the same compartment is also seen. However, no one is seen actually intervening during the assault.

The co-passengers somehow alerted the police and Khan, who was reportedly drunk, was arrested at the next station, Dadar. He has been booked under sections 354 (assault or criminal force to women with intent to outrage her modesty) and 504 (intentional insult with intent to provoke breach of peace) of the Indian Penal Code (IPC).

A co-passenger named Samir Zaveri, who was eye-witness said that an on-duty Government Railway Police (GRP) officer who was in the adjoining ladies compartment didn’t pull the emergency alarm. “I being 90% disabled could not do much to help as there was a threat to my life if I intervened. I asked the security person, who was in the ladies compartment which is partially divided with disabled, to pull the emergency alarm but he did not respond,” he told Mid-Day. 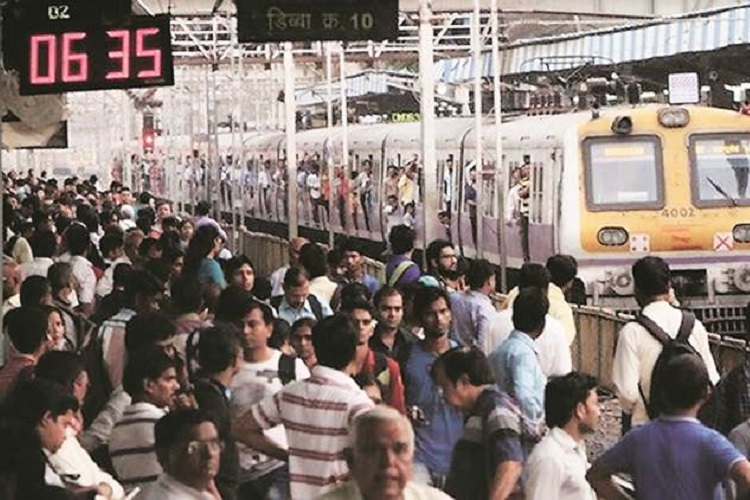 The authorities, however, say that there is a safety helpline 9833331111 through which one can seek assistance during an emergency. “In case of any untoward incident during a journey, a passenger can dial the helpline for help. Our officials will immediately reach the very next station where the complainant’s train is bound to be,” a GRP official told InUth.