Central Railway, which is one of the 16 Indian railway zones in the country, has come up with a unique plan to ensure women’s safety. Nope. It does not involve stricter laws, or additional security personnel, but rather colour coding.

Submitting a concept note recommending new rules for women’s safety in 2018 to the Railway Board, the Additional Chief Security Commissioner of the Railway Protection Force, Pranav Kumar said that woman’s coaches ought to be ‘differently coloured’.

The concept note, which has six recommendations in all, reportedly says:

“Saffron colour, which signifies courage, valour and sacrifice, will inspire women passengers to rise against male encroachers, and male passengers will desist from entering into coaches reserved for women passengers as sacrifice and chivalry on their part.”

So basically, the colour saffron is now not only the guardian angel of women travelling in Mumbai locals, but also the moral compass and chivalry-production machine for men who stumble into a ladies coach. #TodayILearned 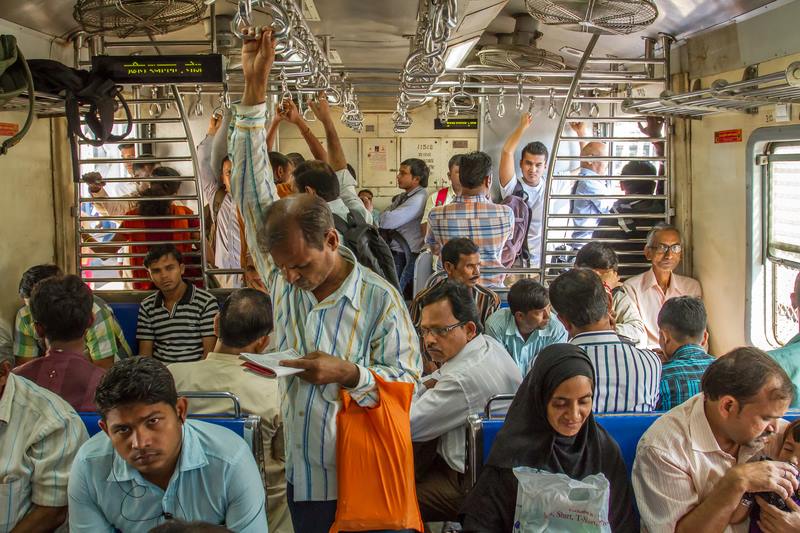 “Many a time, male commuters enter the ladies compartment by mistake. As each coach bears the same colour, it becomes difficult to differentiate between coaches. By giving it another colour, we only mean to differentiate it from other coaches, so that could alert male passengers from entering the coach,” Kumar said.

Kumar further added that 2018 will be declared ‘the year of safety of women and children’ on trains. They aim to install CCTV cameras inside coaches and will run a helpline number 182 for women on the locals.

This year alone, 2,411 cases of men entering ladies compartments have been registered under section 162 of the Railway Act.

In September this year, a 19-year-old was flung out of the local, by an angry thief who failed to rob her after entering the ladies coach. She dislocated her shoulder. In October, a teenager jumped from a moving train after a man entered the ladies coach. After she objected, he asked her to shut up and moved towards her ‘menacingly, when she jumped out, apparently scared of what he might do.  In May, a 24-year-old was arrested after refusing to get down from the ladies coach, asking the women who objected, “Main kya balatkar kar raha hoon?”

In the light of such instances, the railways move of using colour-coding to do away from women-related crimes seems ludicrous to say the least.