While the other parts of the country are busy celebrating Durga Puja with great fervour, attending a pandal claimed the life of one man in Delhi. In the Khyala area of West Delhi, a 44-year-old man was stabbed to death following a request to change the music playing at a Durga Puja pandal.

On Sunday, the deceased, Riyaz, went to a pandal at a park near his residence, where he got into an argument with three men over the music, according to report in The Times of India. Both parties then moved outside the park to resolve the matter, however, the argument only became more heated and turned into a scuffle. Riyaz was eventually stabbed in the head with a knife.

ALSO READ: Why This Artist’s Durga Puja Post On Menstruation Has Become A Target For Trolls

Riyaz was rushed to a local hospital and was later moved to the Safdarjung Hospital. He died during treatment two days later and his body was handed over to his family on Tuesday. 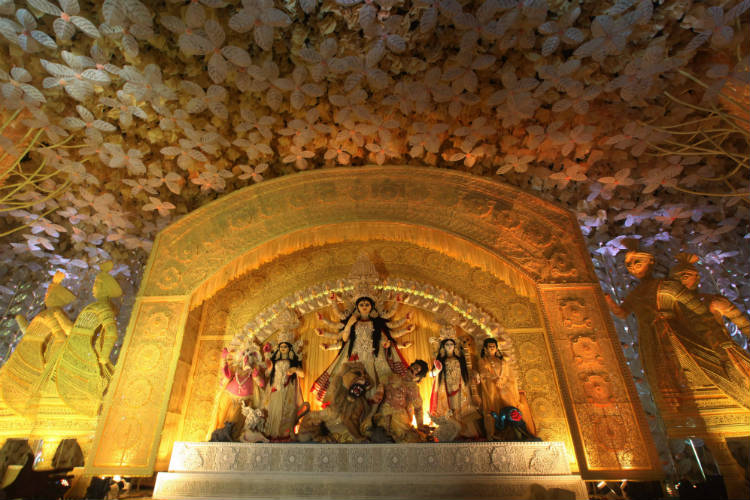 According to DCP (West) Monika Bhardwaj, the three accused — Vinay, Manoj and Mahesh — were arrested on Sunday. Earlier, the police had registered a case under Section 307 of the Indian Penal Code (attempt to murder) at the Khyala police station, however, following Riyaz’s death, it was changed to a case of murder under IPC Section 302.

ALSO READ: Author Of ‘How To Murder Your Husband’ Arrested For Murdering Her Husband

The police said that the three accused, who have criminal records against them, confessed to the crime. A senior officer also told TOI that the victim also had cases against him.

The police are now looking for any existing video footage of the incident which might help verify the sequence of events leading to the murder.