When Bangladesh battle India in the ICC Champions Trophy semi-final today, it will be the consecration of a new Asian cricket rivalry. Despite India’s being the favourites, Bangladesh could prove to be a formidable opponent for the ‘Men in Blue’ after their resounding win over New Zealand, and the general unpredictability of the tournament.

The story of the India-Bangladesh cricket rivalry can be described in their encounters in ICC tournaments. It all started with Bangladesh’s win over India in the 2007 World Cup, which had shattered the latter’s hope of winning the World Cup at the group state only.

While India-Pakistan is one of the world’s biggest sporting rivalries, Bangladesh are fast emerging as a worthy competitor. A game against India is never an easy affair and although the Bangladesh players are keeping things calm, their fans have already begun to sound the battle cries on social media. 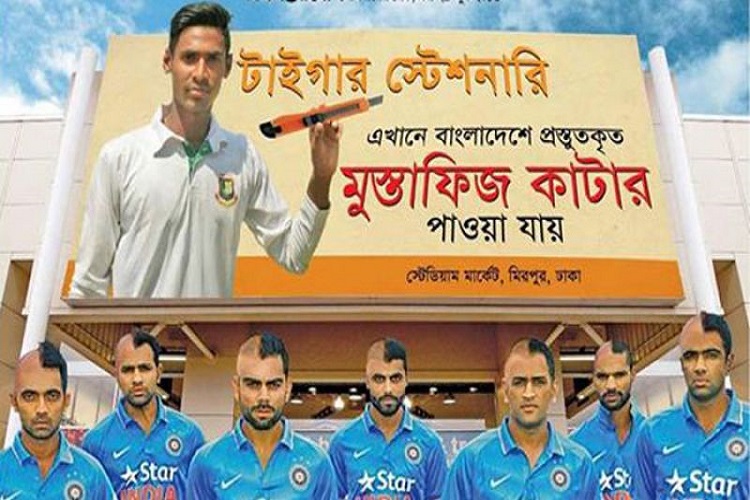 Showing utter disrespect towards the Indian cricket team,a ‘cutter’ advertisement was published, in which seven Indian cricketers are seen standing with their heads half-shaven. (Photo: Facebook)

Despite the fact that some Bangladesh players are a part of the Indian Premier League, there have been numerous instances in which the Bangladesh fans went overboard with memes, including the one that portrayed Bangladesh captain holding former Indian skipper MS Dhoni’s severed head ahead of the Asia Cup 2016 series. 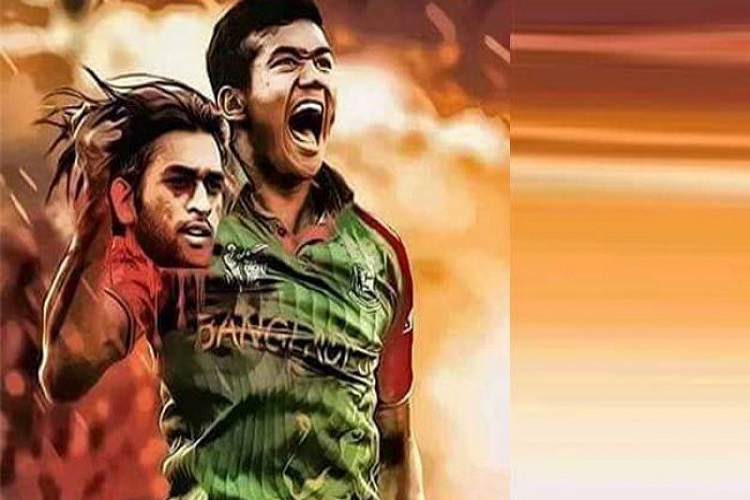 Amidst all the the sporting rivalry, Bangladesh is currently undergoing a code red situation and none other than the Indian Navy have dived in to help. It has rescued at least 33 people from choppy seas off Bangladesh after Cyclone Mora wreaked havoc and killed at least nine persons and left over 50,000 families homeless.

Also read: India vs Bangladesh, ICC Champions Trophy 2017: Yuvraj Singh on his 300th ODI feat, “I am proud of myself” [Watch Video]

Indian Navy ship Sumitra have rescued a total number of 33 people so far. They were found adrift in the Bay of Bengal, about 160 kms from Chittagong.

If reports are to be believed, the casualty list has risen to 137 while the authorities are still struggling to evacuate large populations in the coastal zone still stuck under soil, post the landfall that followed with the cyclone’s entry on May 30.

Pitching in for rescue operations immediately, Indian Navy, risking their own personal security, had been working tirelessly to free the Bangladeshi residents buried amidst the landslide debris. 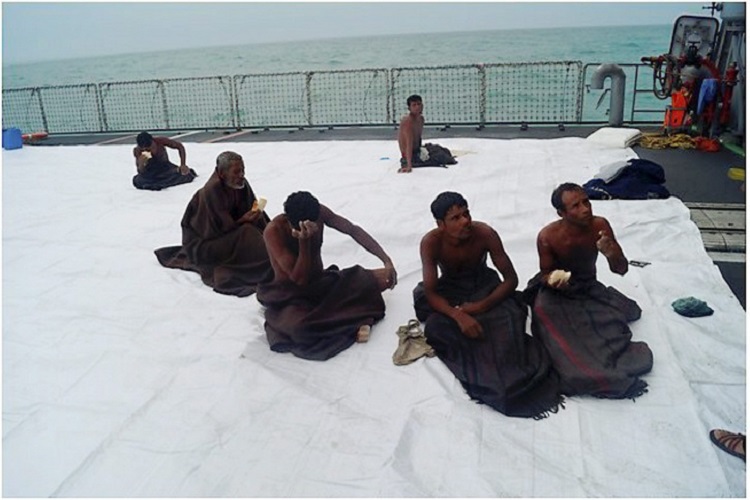 India will take on Bangladesh today at 3:00 pm in Birmingham and no one knows which country will make it to the ICC Champions Trophy finals, but isn’t it good to know that some things are above trophies?

Our salute to the Indian Navy for rescuing the people who were battling for their lives. Gestures like these truly help restore our faith in humanity!