Indian troops posted at China border have been asked to delete 42 mobile apps including popular apps like WeChat, Truecaller, Weibo, UC Browser and UC News from their smartphones or format their devices altogether, to prevent online espionage attempts from Chinese troopers.

The intelligence agencies have reportedly found that these apps could be detrimental to national security for its possible links to Chinese hackers.

The advisory issued to officers and other ranks follow inputs that foreign intelligence agencies, especially from China and Pakistan, were using such mobile apps to break into smartphones and steal data.

Also Read: This martyr defended a post against the Chinese for 72 hours during the 1962 Indo-China war

“According to reliable inputs, a number of Android/IOS apps developed by Chinese firms or having Chinese links are reportedly either spyware or other malicious ware. Use of these apps by our personnel can be detrimental to…national security,” The Print quoted the advisory sent to troops on Nov 24. 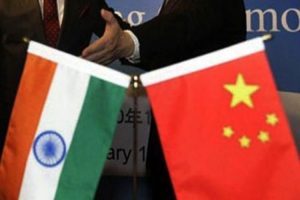 “If some of them are already using any of these apps, then they should be asked to immediately uninstall the app and format their cellphones,” it reads.

“The personnel are expected to maintain the security of their phones, whether official or personal, as well as computers. Such alerts and advisories, especially about Chinese-origin mobile apps as well as electronic devices, are issued from time to time,”  The Times of India quoted an official as saying.

Earlier, the IAF had asked all its officers and airmen as well as their families to avoid using Chinese Xiaomi smartphones and notebooks as they could transfer user data to remote servers located in China.