Hyderabad police on Friday arrested the principal of a school for allegedly molesting a Class IX student. The alleged incident took place last month but came to light on November 24 after the mother of the 14-year-old girl filed a complaint.

On October 28, K Mahapatra, principal of Hyderabad’s Atomic Energy Central School-II, called the student to his chamber after the school hours and offered her snacks and lassi. He then bolted the door from inside and allegedly kissed her.

Also Read: This Indian state performed the worst in terms of women’s safety (No, it’s not Delhi) 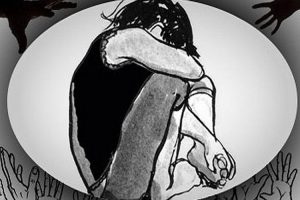 He let her go after she started protesting, but not before making her promise that she wouldn’t tell anyone about the incident, police said.

Police has registered a case under Indian Penal Code section 354A (using criminal force with intention to outrage the modesty of a woman) and provisions of the Protection of Children from Sexual Offences (POCSO) Act.

Also Read: This man from Chennai admits to having raped over 50 women

The incident has been reported three days after an 85-year old retired railway employee N Satyanarayana was arrested in Hyderabad’s Kushaiguda for raping a schoolgirl after luring her with chocolate.