The subject of women’s safety remains a much-debated topic in India, with the National Capital Region often being branded the worst when it comes to keeping our girls safe. However, a recent report by an NGO, Plan India, presents a state-wise list of the Gender Vulnerability Index (GVI) and as it turns out, Delhi is not the worst. That’s not saying much though, as Delhi is still at number three when it comes to being bad at women’s safety, but the national capital did turn out to be better than the states of Bihar and Uttar Pradesh.

The GVI aims to produce a calculated account of the status of women and girls in India, considering their education, poverty, protection, and health and survival. Taking into account these four factors, Delhi (Rank 28) remained in the bottom five, with a GVI of 0.436, along with the states of Arunachal Pradesh (0.452), Jharkhand (0.450), Uttar Pradesh (0.434) and Bihar (0.410) being the worst state for women’s safety. 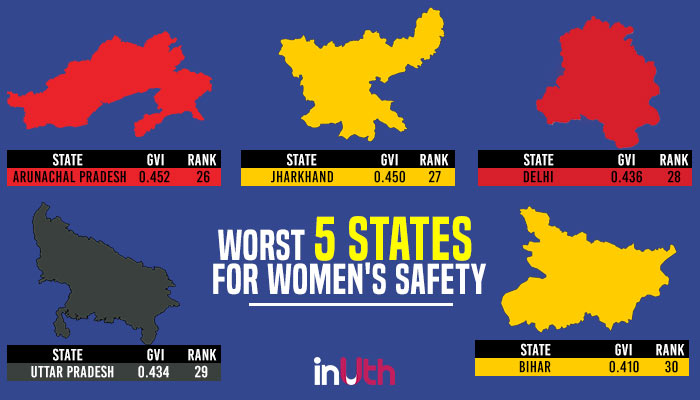 Delhi performed poorly in the domains of women protection and education and was said to have performed unsatisfactorily for health and poverty. Bihar, at the bottom of the barrel, was marked for “poor performance” in all four domains. 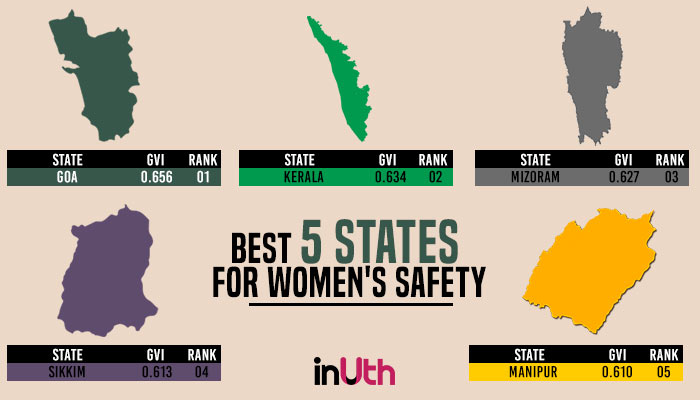 Goa achieved “best performance” in all four domains of the GVI, the only state to do so. Here is a fact sheet listing the rankings of all Indian states: 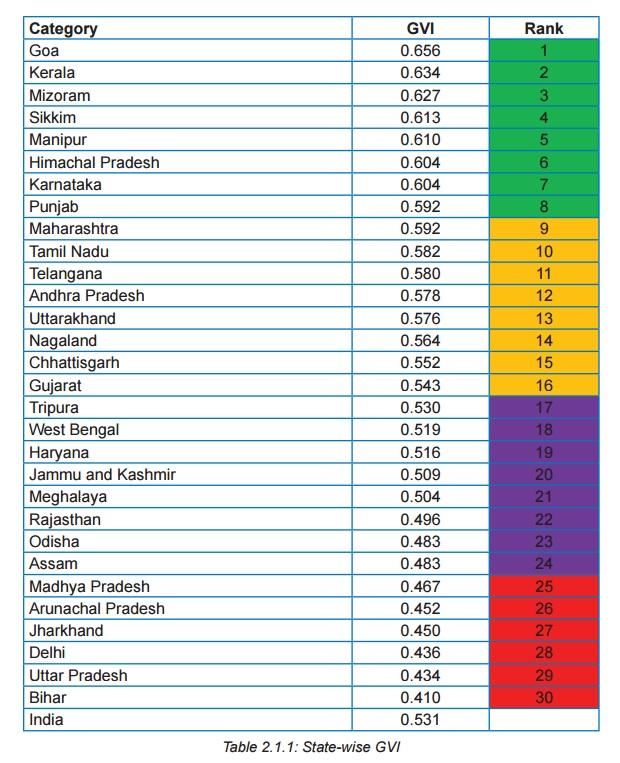 When it comes to protection alone, Delhi is again amongst the poorest, along with Maharashtra, Andhra Pradesh, Uttar Pradesh and West Bengal. Here is a detailed breakdown of the state of women in the national capital: 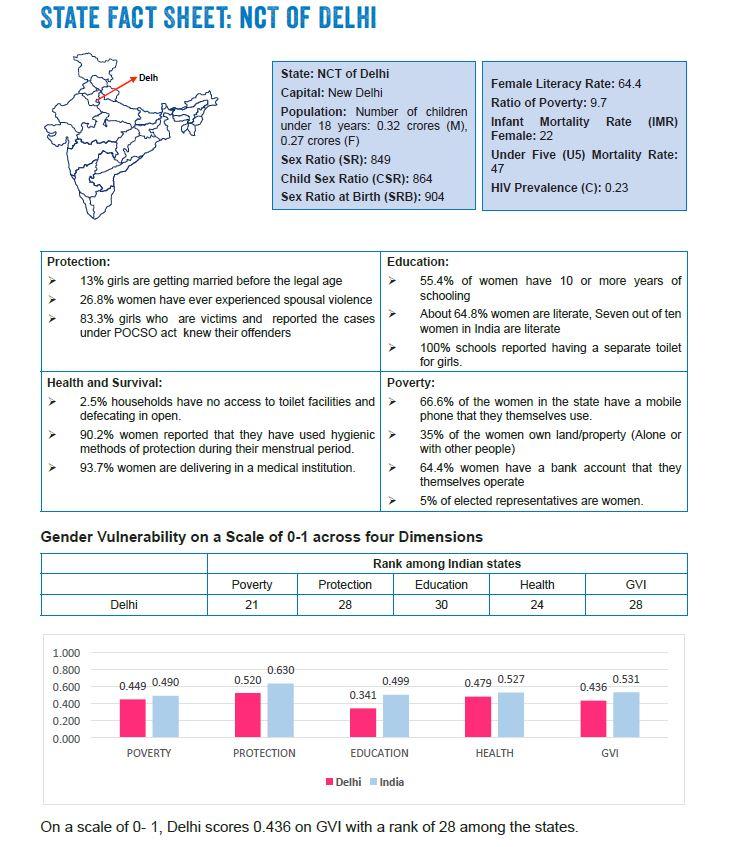 So, while Delhi may not be the worst of them all, there is still a long way to go for the city to purge its image of being the “rape capital”.