Congress President Rahul Gandhi’s recent visit to Meghalaya has stirred up a storm on Twitter. No, he didn’t make any rousing statements against the BJP. Neither did he announce a path-breaking scheme that could  revive Congress’ fortunes.

What caught everyone’s (read BJP) attention was the jacket which he was wearing. The ‘concerned’ Meghalaya leg of  BJP took out time to tweet about it, because, you know, that’s the most burning issue right now in Meghalaya.

So @OfficeOfRG , soot(pun intended!)-boot ki sarkar with ‘black’ money fleeced from Meghalayan State exchequer by rampant corruption? Instead of singing away our woes, you could have given a report card of your inefficient govt in Meghalaya! Your indifference mocks us! pic.twitter.com/sRvj5eoyRb

Reports say that Gandhi was wearing a two-in-one down puffer jacket from Burberry, which is a British luxury fashion brand. On the Bloomingdales website, the cost of the jacket was said to be Rs 68,145.

But obviously, this was bound to become a talking point on social media:

Poverty is a state of mind. – Shri Rahul Gandhi. pic.twitter.com/DecY3zzgMi

BJP’s outrage was clearly in response to Gandhi’s ‘suit-boot ki sarkaar’ comment when PM Modi wore a suit which was worth a whopping Rs 10 lakh. It was the same one which had ‘Modi’ written all over it. 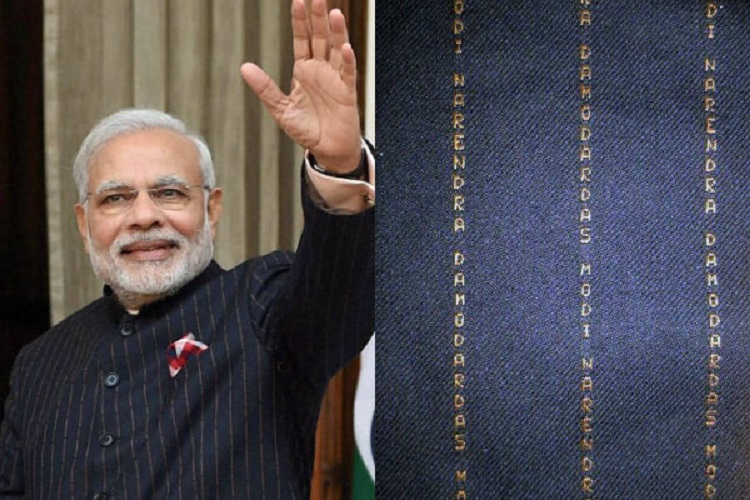 ALSO READ: It will take all the Gods in the world to help Rahul Gandhi. Here’s the proof

But it was Congress leader Renuka Choudhary’s hilarious response which stood out from the rest.

#WATCH Congress’ Renuka Chowdhury reacts to BJP’s allegation stating that Rahul Gandhi wore a jacket worth Rs.70,000, laughs and says, ‘I can show you the same jacket for Rs 700.’ pic.twitter.com/8JHCrHbw4B