From being a bomb blast survivor to a disability rights activist, Malvika Iyer has come a long long way. She lost both her hands in a grenade blast at the tender age of 13 at her home in Bikaner, Rajasthan. Her disability did not deter her spirits. She bounced back stronger and went on to become a Ph.D. scholar and create awareness on disability.

She creates awareness about disability through her motivational speeches and by holding workshops in different schools, colleges, and other youth forums. Her mother who was Malvika’s biggest strength never let her feel that she was less of a person because of her disability. While she has a number of accomplishments to her credit, there is one thing that Malvika thought she would never be able to do- Cooking. However, she decided to try her hand at that too and yes, she succeeded.

Read More: Man started filming this Kolkata girl without her permission; what she did deserves an applause

“When I lost both my hands to the bomb blast, I’d convinced myself that in this life, I’d never be able to cook on my own. I was having a bad day today so I picked up the phone to call mom and tell her that there was a thing that I haven’t tried yet and asked her for a simple recipe to make mixed vegetable curry and she gave me one,” Malvika said in a post on Twitter.

This is the result 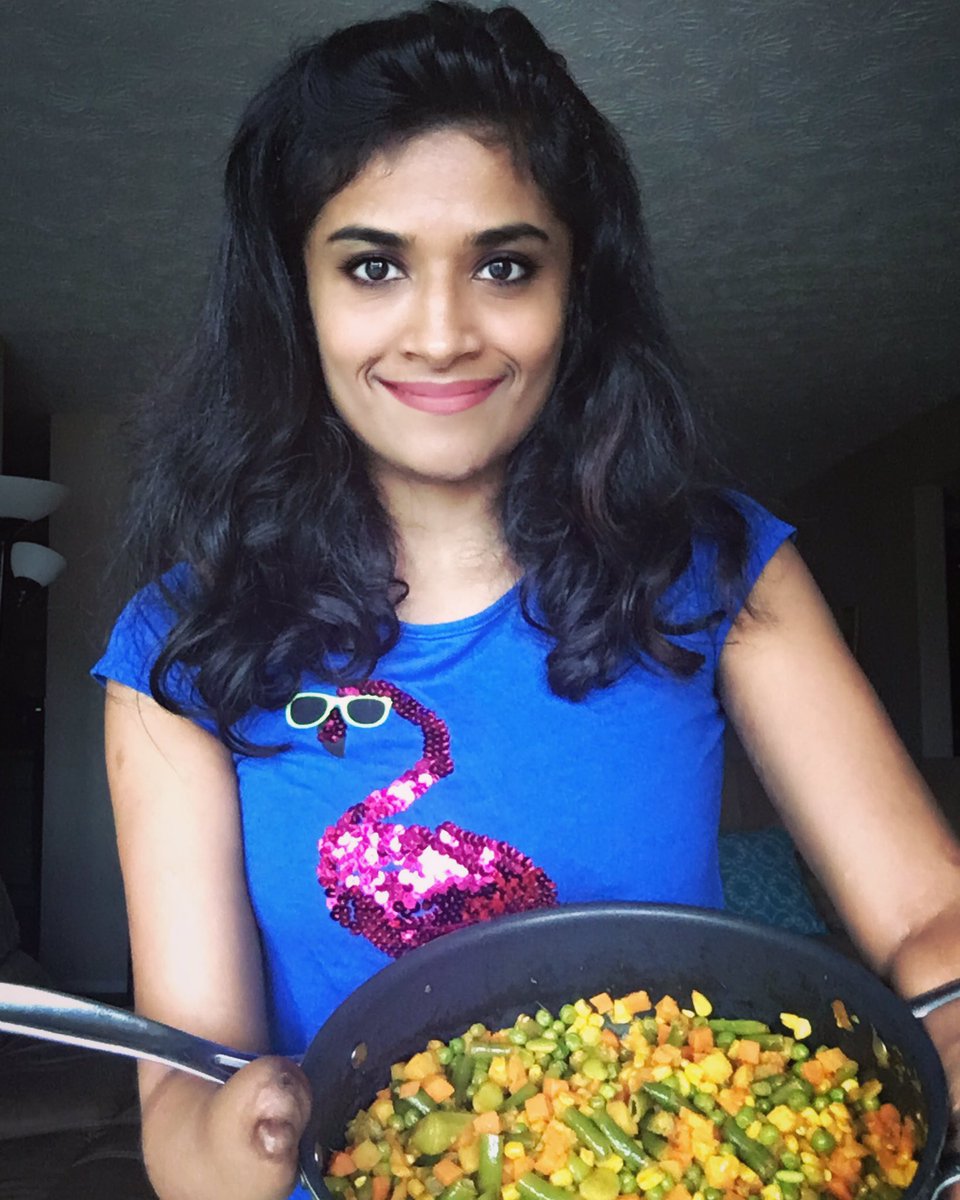 “Can you actually believe this? I cooked without my hands, all by myself! I still can’t believe it. Moral of the story: Be unstoppable,” she said.

When I lost both my hands to the bomb blast, I’d convinced myself that in this life I’d never be able to cook on my own.
Be unstoppable. pic.twitter.com/p865zIbXD3

Impressed by Malvika’s determination and confidence, noted chef Vikas Khanna lauded her and promised to cook with her one day.

So here is my promise and dream @MalvikaIyer – to cook with you one day. You make the World a better home. ___ https://t.co/YlBr4Hadbc

Clearly ecstatic seeing his response Malvika said that she would love to meet him and cook with him one day.

OMG! You made my day!!! I’d love to meet you and cook with you. Thank you so much Sir __ You are a living legend! *blushing* https://t.co/WFL6hvO0mm

You truly are unstoppable Malvika!