On Saturday, November 18, 2017, a bag with cash and jewellery worth around Rs 2 lakh was robbed off at a wedding function at Jai Singh Road from the bride’s mother.

According to the mother, Mariamma Josh, the theft happened in the YMCA lawns where a wedding function had been organised for her daughter Asha. In her complaint, Josh also listed a 10-year-old as a suspect who, according to her, had been lurking around the podium before running away with the bag.

I must have taken my eyes off the bag for a minute and the boy, who was disguised as a guest, pulled off the theft. The bag contained gold jewellery, smartphones and envelopes containing cash. The combined value of these articles would be Rs 2 lakh.

A case has now been registered at the Connaught Place Police Station. 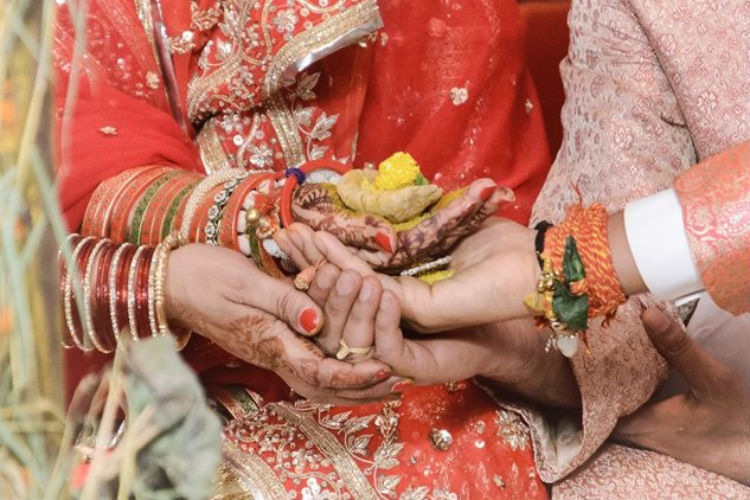 However, this is not a one-off occurrence. According to Deputy Commissioner of Police (New Delhi) BK Singh, the theft was conducted in a manner similar to incidences that occurred during weddings. Such complaints are common around the wedding season. These robbers blend in well with the guests and sneak out with valuables whenever they get a chance.

Here are a few similar cases of theft at weddings that were reported in the past:

January 28, 2017: A gang of juveniles ran off with a trolley bag containing goods worth over Rs 40 lakh at the India Islamic Cultural Centre.

January 29, 2017: Two women decamped with a bag full of diamond jewellery as well as with a pricey mobile phone from a wedding at Delhi’s Shangri-La hotel.

January 30, 2017: Police cracks down on a gang which was accused of nearly 15 wedding thefts in the Delhi-NCR region. A juvenile caught in the incident was “rented” for Rs 2 lakh, according to the mother.

February 20, 2017: Three women were arrested by the Delhi Police for spearheading a gang, who would conduct thefts at weddings across 100 venues in Delhi-NCR.

July 3, 2017: Three children, aged between 7-12 years, stole Rs 8 lakh in cash along with a bag full of gifts from a wedding in southwest Delhi.

ALSO READ: Accident victim in Delhi lies on road for 12 hours, phone and clothes stolen but gets no help

As per the report, traces of such gangs lead all the way to Rajgarh in Madhya Pradesh. Children, being “quick learners”, are chosen from families and are made to enter a contract. They are then trained in posh localities so they can blend well with the guests at high-profile weddings.