A case of missing pet cats led to an unexpected revelation for Chennai residents. Police officials in the city rescued a group of pet cats from a gypsy community that was reportedly killing the animals and selling their meat as mutton to roadside eateries.

Animal welfare organisation People for Animals (PFA), which brought the matter to light, has alleged that the gypsy community called the ‘Narikoravas’ are responsible for such brutal killings of animals for nearly two decades.

According to co-founder of People for Animals (Chennai) Dr Shiranee Pereira, the incident came to their notice when their group received several complaints about missing pet cats from the public.

ALSO READ: Selfies with wild animals are anything but ‘cute’. Here’s the sad impact of wildlife selfies

After a complaint was registered, the police launched an investigation into the mysterious disappearances of cats which led to the shocking discovery. PFA and the police recovered nearly 40 cats while searching through Narikorava settlements in the city. 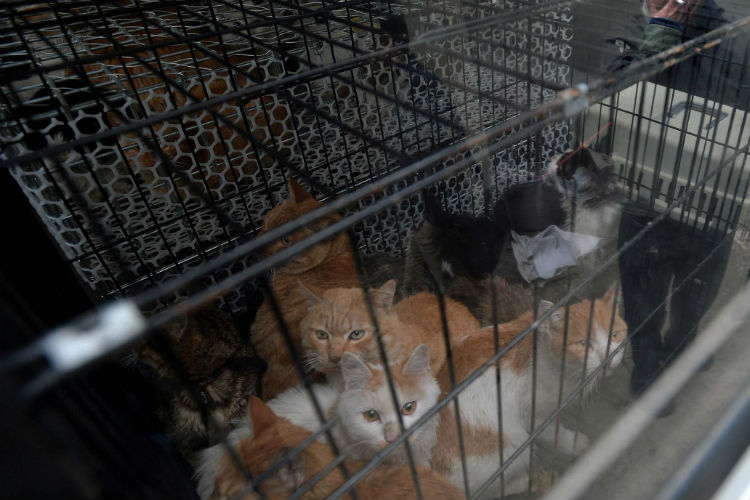 According to Pereira, the community has been selling cat meat as mutton to local roadside eateries, most of which are located by liquor bars.

“Narikoravas operate from midnight to dawn; catch cats with wire loops and nets,” Pereira told PTI. “Both we (PFA) and animal lovers with Police help have apprehended these gypsies on the streets and in the last two months….40 odd pet cats have been rescued which now live a life of peace and care at our animal shelter in Red hills,” she said.

ALSO READ: Stray animals helpless during Mumbai rains. Here is how you can help

If passing off cat meat as mutton to unsuspecting customers wasn’t heinous enough, the gypsies would kill the cats in a “horrendous manner by throwing them in hot water,” Pereira added.

Pereira now hopes to seek the government’s help to rehabilitate the Narikorava community to permanently halt the sale of cat meat in the city. “Corporation of Chennai should also take serious cognisance of this under the Food and Adulteration Act,” she said.

According to social activist S Arun Nirmalan, people bear misconceptions about the cat’s meat and blood having “medicinal properties” which aid in curing ailments such as arthritis. Nirmalan added that cat meat also forms part of the menu for special occasions such as weddings for the gypsies.