They say that all good things must come to an end. At the end of December, Bengaluru will bid a teary-eyed goodbye to a bookshop that has been a book lovers’ paradise for over four decades.

Mecca Book House in Frazer Town has been a sanctuary for bibliophiles in the city for past 40 years. Over the years, the bookshop has not only managed to inculcate a habit of reading among the city dwellers but also has carved out a special place for itself in the hearts of the city’s voracious readers.

However, with the year-end, this ‘circulating library’ will shut its doors forever…

Humble beginnings
Mecca Book House was started by Fareed Ahmed’s father Abdul Hameed Sait who was known to be a voracious reader and loved collecting books. He opened the shop in 1975 at the Commercial Street. In 1987, Ahmed shifted the shop to Cox Town and began operating as an exclusive lending library in the area, reported the Times of India.

35 years later, the bookshop was shifted to its present location at Frazer Town, Bengaluru. 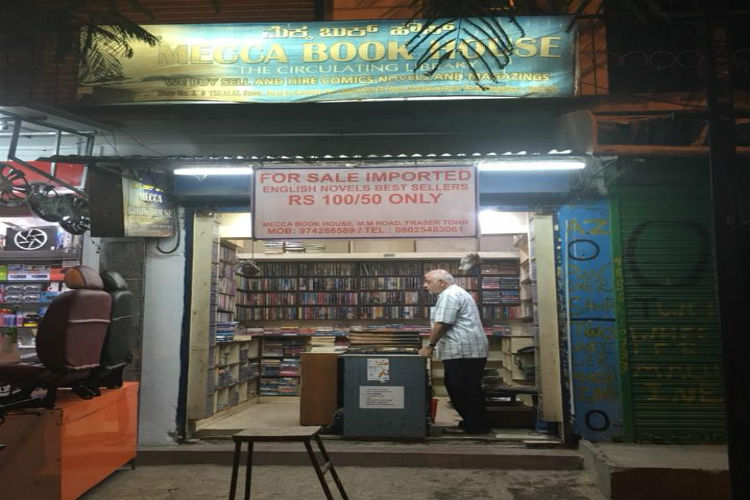 A library in the Internet age
Earlier this year, Ahmed decided to shut down his bookshop which had become unsustainable over the years owing to the advent of the internet age. He believes that the internet and smartphones have deteriorated the reading habits of people. As business started to dip and rent skyrocketed, Ahmed, who took over the shop from his father at a young age, was forced to shut down the iconic bookshop.

Ahmed has a collection of 5,500 books out of which he has managed to sell nearly 3,500 books. He’s still waiting to sell the rest. If you are a book lover, Mecca Book House has put all its books on sale. According to a report by the News Minute, you can purchase the books for Rs 100 and Rs 50.