Alt News editor Pratik Sinha on Friday was heavily trolled after his website published an article exposing the fake news related to Prime Minister Narendra Modi and his Japanese counterpart Shinzo Abe’s visit to the Siddi Sayyed Mosque in Ahmedabad. The fake news busting website reported on September 14 that there was no evidence to show that the worshippers were barred from offering prayers at the mosque due to security reasons, by posting a photograph of Modi’s schedule of events. The time for namaz is 6.35 pm whereas both the prime ministers undertook the tour between 6.15 pm and 6.25 pm. 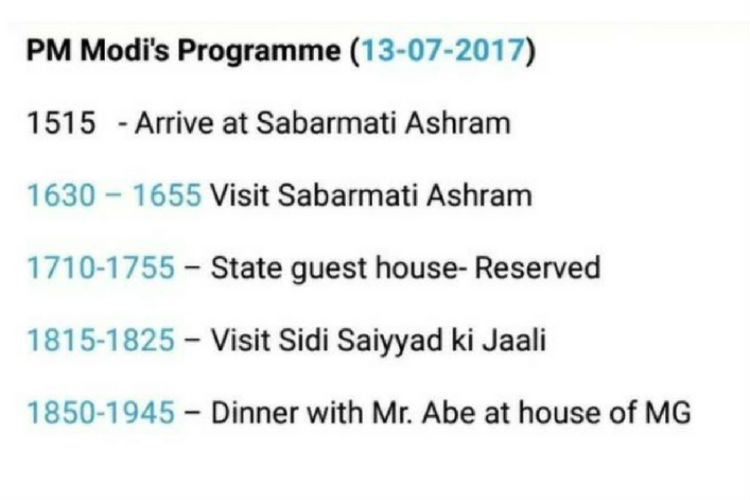 Minutes after his article went viral on social media, Sinha came under a barrage of criticism from a range of people including former IPS officer Sanjiv Bhatt. He commented on the journalist’s post which can be seen here: 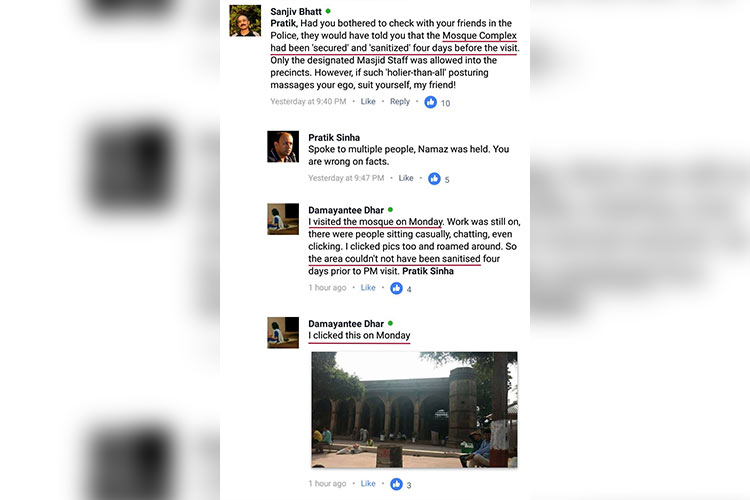 However, things turned ugly when the journalist began to receive hate messages all over his post. A user named Shams Kabir attacked the journalist personally and posted,”You are growing too big for your boots.”

You can check the screenshot of the nasty comment here. 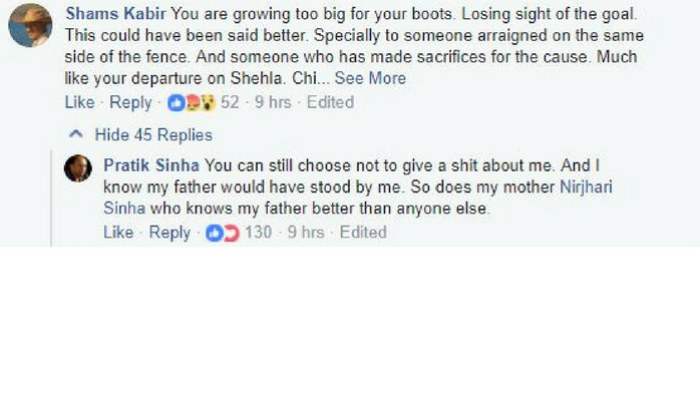 A screen shot of the nasty comment on Pratik Sinha’s wall.

Soon,  more people joined in and criticised Pratik Sinha for his article on the fake news being circulated against PM Modi. 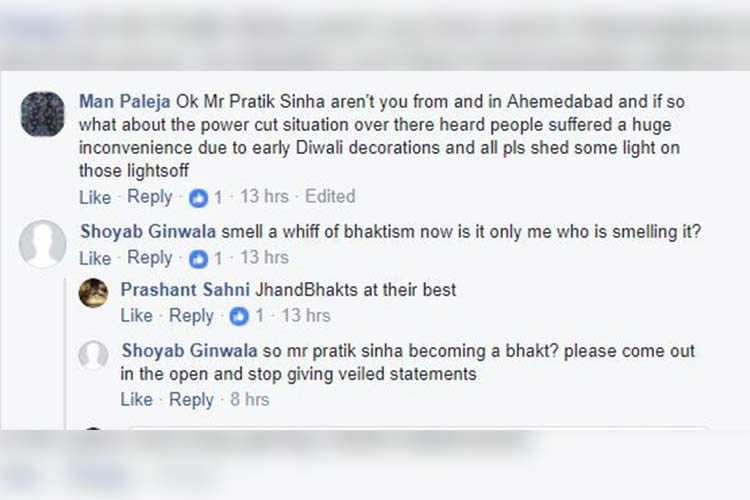 However, there were people who came in support of the Alt News editor and hailed his work. 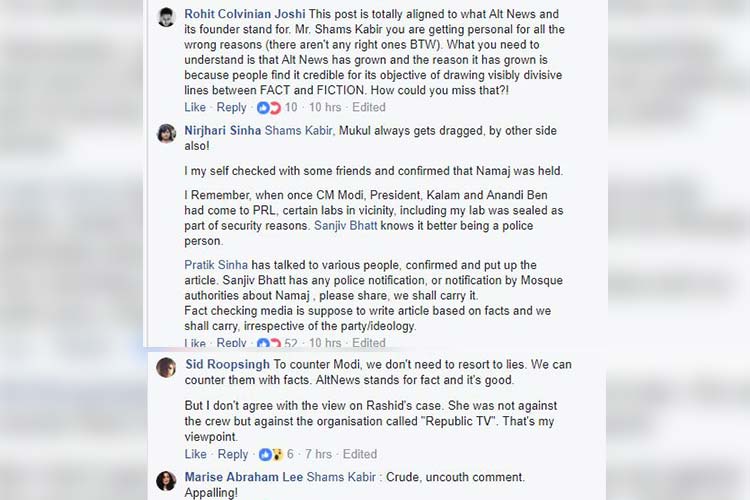 We are not surprised to know while the Modi bhakts are known to deride the critics of the PM as ‘libtards’, ‘anti-nationals’ etc, the reverse also holds true. While it is justified to be critical of the government on various issues, it is also essential to point out unsolicited wrong news floating around. The situation faced by Alt News founder is no different.