A little over three months after he alleged a Muslim conspiracy to outnumber Hindus, BJP’s Alwar Urban MLA Banwari Lal Singhal has made another outrageous statement. Speaking at the Pratibha Samman Samaroh in Alwar on Sunday, Singhal said that Meo Muslims are criminals and he would never ask for their votes.

“There is absolutely no doubt that most people from the Meo community are involved in criminal activities, be it grabbing lands or trapping Hindu girls as part of a planned strategy of love jihad,” Singhal said. “I have never asked for their votes and neither will in future, as otherwise I might be morally bound to protect them from legal action for their criminal acts.”

Further attacking the community, Singhal said that they are not welcome at his home and he likes to keep his distance from the Meo Muslims. Speaking on interfaith marriages between Hindu girls and Meo Muslim men, Singhal said, “An illiterate Muslim girl knows that according to her religion she should neither love or marry a Hindu boy. And the highly talented, intellectual and educated Hindu girls are becoming secular and going with Meos, whether the relationships start on the basis of a fake id or without proper investigation, they go with people from the Meo community.” According to him, Hindu girls in the constituency approach politicians like him for help, after they are abandoned by their Muslim in-laws. 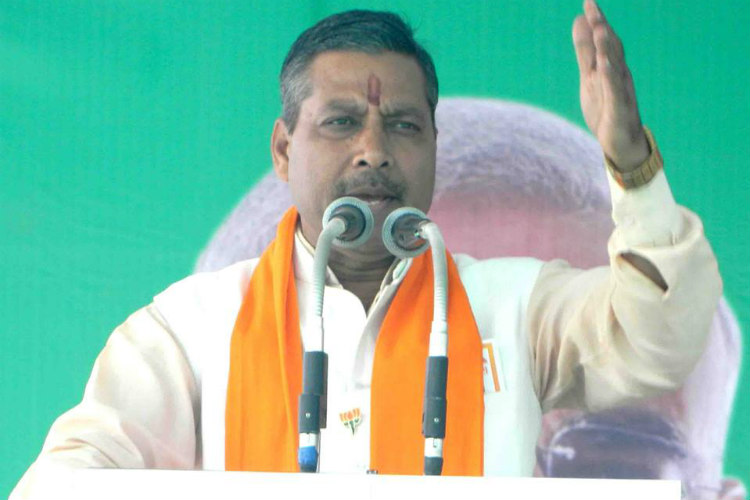 Speaking to The Indian Express on Wednesday, the BJP MLA stood by his remarks. “I stand by what I had said. Meo people make friends in Hindu families and later lure women as part of love jihad. I am saying this only about the Meo people of Alwar and not the entire Muslim community. As a Hindu, shouldn’t I speak for the Hindu community?”

However, people of the Meo Muslim community do not take him seriously. As per Sher Mohammad, president of Meo Panchayat, Singhal’s statements are an attempt to “use the Hindutva card” and create a communal divide for political gains. “I challenge him to show evidence to substantiate the baseless allegations against the Meo community,” he said.

Back in January, Singhal had objected to Muslims “giving birth to 12-14 children” and alleged a conspiracy to outnumber Hindus. “The way the Muslim population is increasing, the existence of Hindus is in danger. It is a well-planned conspiracy to have a Muslim in the chair of president, prime minister and chief ministers,” he had said.