Many thought that a new year would bring new hopes and a fresh perspective to the muddled politics in India. Alas, that’s not the case. Banwari Lal Singhal, a BJP MLA in Rajasthan, sparked a controversy after he claimed that Muslims have been planning a conspiracy to outnumber Hindus by bearing more children to take over the country by 2030.

Singhal, an MLA from Alwar, made the remarks in a Facebook post ahead of the Alwar parliamentary seat bypoll to be held on January 29. In his post, Singhal wrote, “Muslims were giving birth to 12-14 children….while Hindus restrict the number to one or two.”

“The way the Muslim population is increasing, the existence of Hindus is in danger. It is a well-planned conspiracy to have a Muslim in the chair of president, prime minister and chief ministers,” he added. 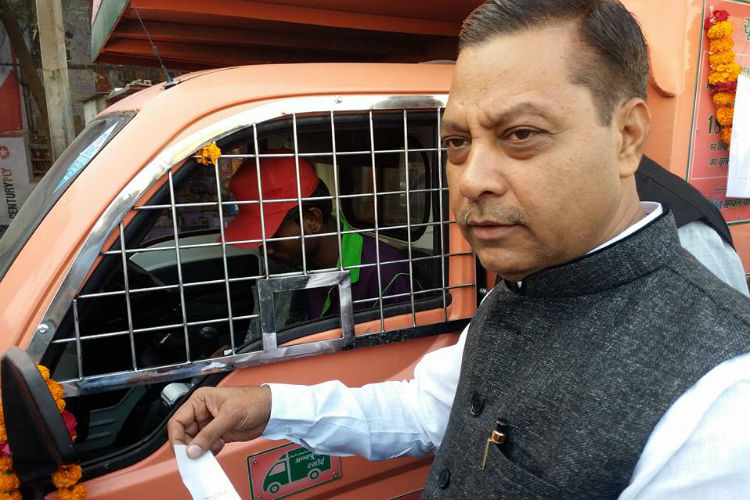 Claiming that he wrote the post after watching a TV debate on the growth of Muslim population in India, Singhal stood by his statement while speaking to media on Monday, January 1. Speaking to The Indian Express, Singhal stated that Hindu Swabhimaan convenor Yati Narasimha Nand Saraswati’s assertions from the debate left an impression on him. He told PTI that he wrote the post after a lot of consideration and that he was not going to take it down.

ALSO READ: Where the mind is without fear? Anti-BJP Facebook page Humans of Hindutva goes offline

“It’s a conspiracy of Muslims to capture all assembly and parliamentary constituencies by giving birth to 12-14 children and establish their rule by 2030,” he further alleged, adding that Hindus will become “secondary citizens” as a consequence of Muslims becoming lawmakers.

However, Singhal’s statements aren’t one of a kind. The subject of Muslims planning to “Islamize” the nation has been brought up several times over in the past — particularly by the RSS and BJP.

In 2015, RSS publication Organiser questioned the intentions of Muslim population growth stating, “Is this growth all about the growing size of Muslim families? Is it a larger conspiracy to Islamise Bharat?”

Addressing fears against the consequences of a growing Muslim population at a rally, RSS chief Mohan Bhagwat in 2016 stated, “Which law says that the population of Hindus should not rise? What is stopping them when population of others is rising?”

Vishva Hindu Parishad (VHP) joint general secretary Surendra Jain had made similar claims back in 2015 when he appealed the government to work towards braking a “demographic imbalance” caused by an increasing Muslim population. “A large group of Muslims sees it as its mission to enhance its numbers. In the name of Darul Islam, some hardliners of the Muslim community are provoking Muslims to make India a Muslim nation,” he said.