It’s been a horrific last year for Amazon Prime. After announcing their ‘groundbreaking deal’ signing 14 of the biggest stand-up comedians in 2017 (all managed by a single company, OML), the streaming service created a deluge of hourly stand-up specials. An hour-long special could very well count as a comedian’s feature film debut, and while there were a few decent ones (Biswa Kalyan Rath, Kanan Gill and Zakir Khan), there were a bunch of mediocre ones. The second round for the special began with Rahul Subramaniam’s Kal Main Udega, which released around the same time as Ricky Gervais’s Netflix special. Competing on a platform where the audience has an option like Hannah Gadsby’s phenomenal Nanette, the Indian specials obviously leave a lot to be desired.

ALSO READ: Stand up that stood out, 2017 was a year of progressive, relatable comedy

Amazon’s originals outside the comedy scene haven’t been world-class either, even though they did get a sizeable number of the eyeballs for being the ‘first’ shows out of India. With Sacred Games dropping on Netflix last week, it exposed the Amazon Originals Inside Edge and Breathe as shows that weren’t up to the stellar standards of web series from around the world. 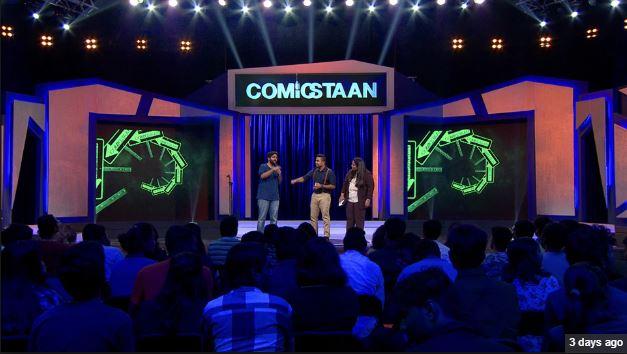 And that’s why the recently released Comicstaan is a breath of fresh air, as far as the original content for Amazon in India. The intricately-designed show features 10 upcoming comedians, who aren’t fully green around the gills. The judges aren’t picked at random – each of them is good at a particular style, which they will mentor the contestants in (for each episode).

So Biswa takes care of anecdotal comedy – building a joke around a funny anecdote. Tanmay Bhat takes care of topical comedy – jokes made out newspaper headlines. Sapan Varma and Kaneez Surka handle observational and improvisational comedy respectively. The other judges include – Kanan Gill, Kenny Sebastian and Naveen Richards. At the end of each episode, the contestants are scored by the judges out of 10, along with the live audience. The average of both the scores is added to the contestant’s tally, which ensures his/her place on the leaderboard. 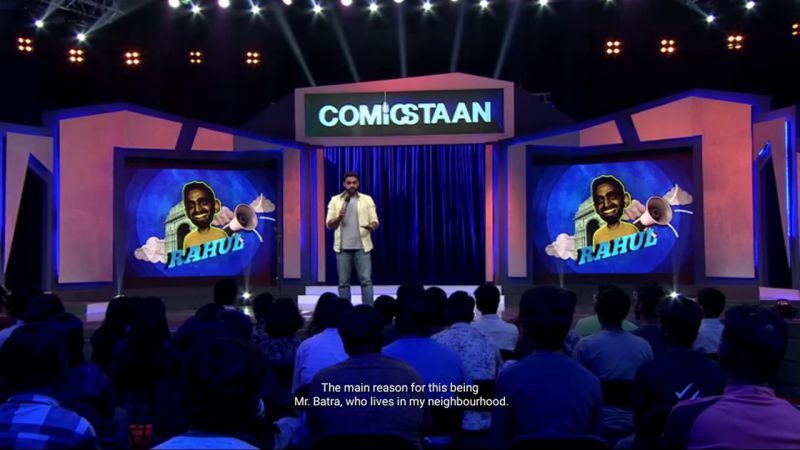 It’s fascinating because as against most ‘talent competitions’ on Indian TV/web (including Amazon’s pathetic Remix) – this one relies completely on the craft of stand-up comedy. No tears are shed, there are no judges screaming over one other demanding roti, there isn’t any dramatic background score or instances where the frame freezes into black and white and sentimental backstories are given out.

Comicstaan is all about the art of stand-up comedy and continuously persevering to get better at it. One of the biggest strengths of the show is how confidently it goes about destroying the women-aren’t-funny cliche. Contestants Sejal Bhat, Prashasti Singh and Aishwarya Mohanraj shine the brightest in what could have easily been an all boy’s club. 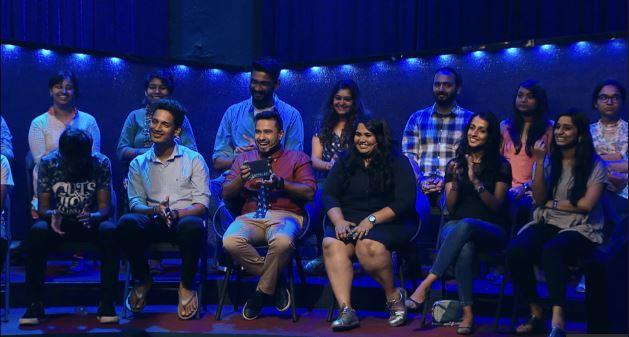 Prashasti Singh’s jokes centered around Amethi and Rahul Gandhi, get a huge applause from judges on most occasions. Sejal Bhat is by far, my favourite from the contestant, a sentiment even Tanmay Bhat quietly echoes. Aishwarya Mohanraj’s morbid sarcasm is definitely worth checking out. Among the boys, Rahul Dua aces the tera bhai routine from Delhi somehow magically managing to find newer insights. Shankar Chugani’s set about Bharatnatyam/Kuchipudi rightly got a standing ovation from all six judges and his fellow contestants. Shashwat Maheshwari’s razor-sharp observations evoke more than a few chuckles out of you, even if they don’t always successfully land.

ALSO READ: Five Quotes That Explain Why Netflix’s ‘Nanette’ Has Taken Over Your Timeline

It isn’t all sunshine and rainbows, but the best part about Comicstaan is that a bad performance is mitigated to four minutes. As against having to endure the many, many badly written hour-long specials.

If the first four episodes of Comicstaan are an indicator, the remaining five episodes should be an exciting affair too. It might take a few nerdy members of the audience to figure out the delicate structure of the show, and jokes that aren’t necessarily accompanied with a cross-dressed Ali Asgar and a laugh track. A ‘talent hunt’ can be exciting, if the intention is really to dig out new talent. Spare us the should-have-been-a-sketch-but-became-a-web-series kinda’ shows, Amazon. Give us more of the real stuff, like this.