Who is Hannah Gadsby, that’s the question you should be asking right now. Just google her name, pore over every sensible article that you can find on her, for this Australian comedian writer is just about to change your life.

In an hour-long Netflix special show, Nanette, which is named after a woman Gadsby had a brief interlude with, Gadsby talks about her life and craft in almost equal measures. But she also alternates between being a person on verge of a breakdown and a genius talking about the technique of her craft. If we were to put it crudely, Gadsby manipulates the audience. But actually, the show is much more than a person laying herself bare in front of the world. It’s a masterclass in the very technique of comedy.

Here are five quotes that more or less sums up the spirit of the show. 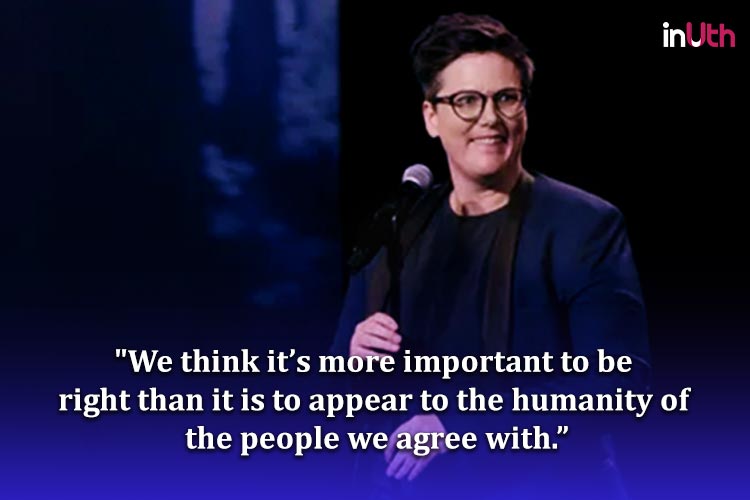 Gadsby’s upbringing in Tasmania, Australia’s bible belt, was difficult. Her adolescence fell around the time that the country was in the midst of a nation-wide debate on whether or not to decriminalise homosexuality. In her area, 70% of the population believed that homosexuality was a crime.

This has affected her through the rest of her life and understandably so. Because what she says is right, being raised in a homophobic environment breeds such strong homophobia within you that, if you are gay, it’s impossible to get over and is only internalised.

The toxic and insensitive environment she grew up in ruined her ability to process her self worth and it has affected her throughout her life. As she says, “it makes shame as natural as gravity”. 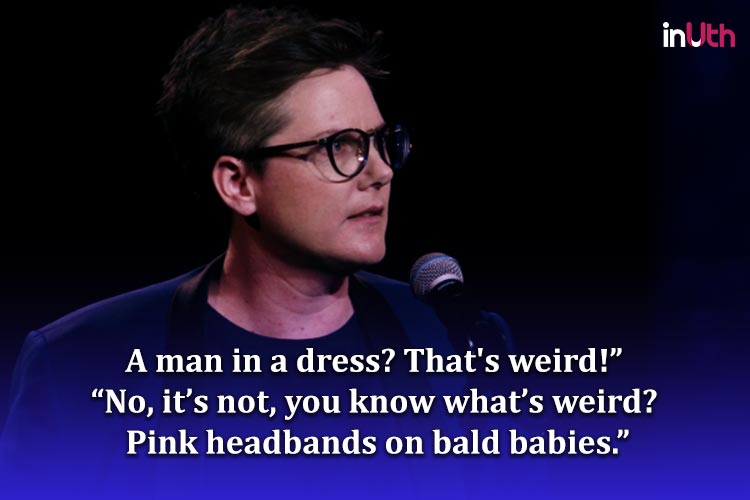 Gadsby believes that the importance in conforming to gender roles from such a young age is toxic, especially seeing as it’s through simple things that shouldn’t be gendered such as colours. She insists that it’s men that have enforced the difference, though in reality, we have more similarities to the opposite gender than we do not.

It’s better to give kids 7-10 years, she says, to see themselves on the same side. Which you cannot deny the practicality of. Perhaps, if we were shown our equality at a young age, toxicity would not be as hard to move past. 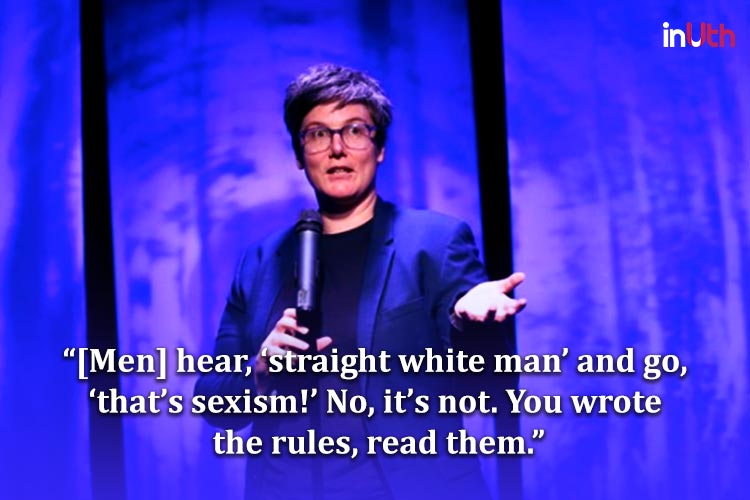 The shift in attitudes is clearly getting to straight white men, who are used to being at the top of the social pyramid. They can’t get used to being a subcategory of humans. Understandably, after thousands of years in charge, they’ve grown a bit “soft in the belly,” in her words.

She claims they need new role models and leaves them with a piece of advice. She understands that it’s a confusing time for them, but they need to learn to move beyond their defensiveness and develop a sense of humour. Something rather hard to argue against since, as she’s pointed out, that’s what they’ve been telling everyone else forever. 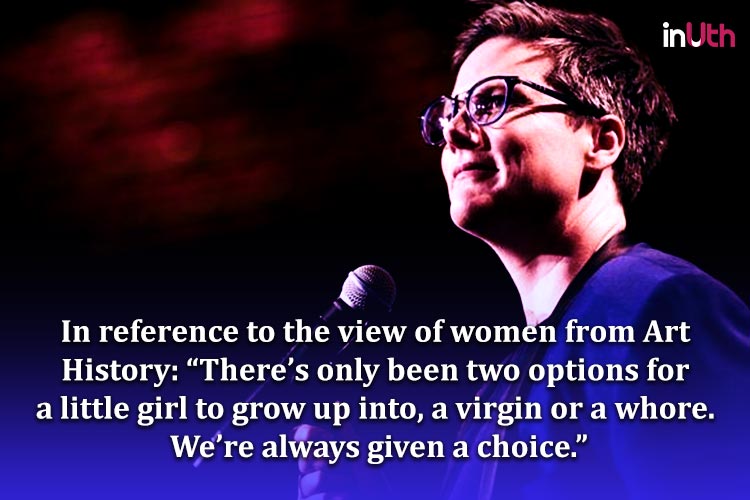 Throughout, she talks about the many ways in which she doesn’t fit into society. From her youth, she hasn’t identified the stereotypes. As a lesbian, she feels as though she’s too quiet. As a woman, she’s falls somewhere between a whore and a virgin, though she feels like her image better suits the latter.

Studying art history has taught her that apparently women can’t think, they can’t develop an identity past these two stereotypes. Women have always been seen in the eyes of men as useless objects for them to paint and reduce to an image of sexuality.

However, they are the focus. They are what misogynists hate, but want. She points out that maybe, if we had heard more jokes about Bill Clinton than Monica Lewinsky, if we had focused less on the fault and uselessness of a woman, we would see a man that abused his power. One of the most powerful parts on delivery, Gadsby singles out the men who have assaulted her physically throughout her life for being different, from rape to being beaten to a pulp outside a pub. She insists that her existence, the fact that she’s different, isn’t a crime, yet she’s been treated like she’s worthy of punishment the majority of her life.

You can feel her anger as she pleads for men to have empathy, and to understand the fear women have of them and if they really can’t, to ask the women in their lives. People who think they have the right to render another person powerless are weak, she states, and rightfully so.

It’s men like Trump and Weinstein that have shown how clear it is that they only care about their own reputations, not the women and children they have asserted their dominance over, and through this, their lack of humanity.