After a long dull day, when 25-year-old Kunal Kashyap crashes on his couch, his go-to pick-me-up is an online stand-up act. Stumbling upon Biswa Kalyan Rath’s act titled, “English and Reproduction”, Kashyap is sure that his search is over. The Oriya stand-up comic’s narration of how he gets emotional in his mother tongue, but fails to “dirty talk” with his girlfriend in the same language has Kashyap in splits.

Like Kashyap, many liberal-minded urbanites are increasingly going online for getting their dose of comedy. They often find “The Great Indian Laughter Challenge” brand of humour repulsive and repetitive and have started looking for options online.

Even a few years back, our exposure to stand-up comedy was confined to Kapil Sharma’s vile humour and Navjot Singh Sidhu’s sexist jokes. Once, while introducing a female guest, Sidhu chortled, “Of all the introductions of guests so far, two minutes of welcoming her has given me two hours of happiness.” 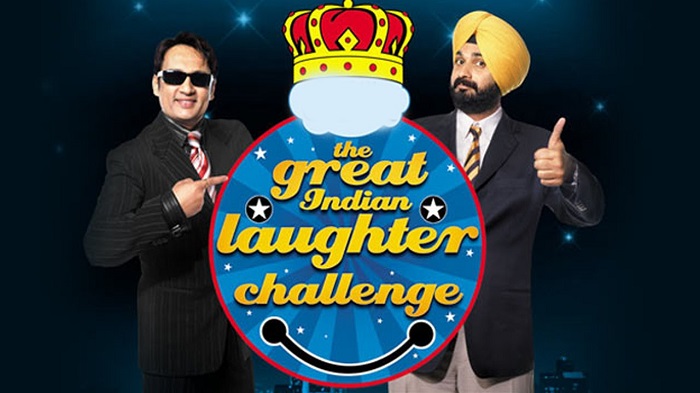 Shekhar Suman and Navjot Singh Sidhu were the judges of the first three seasons of the show.

Now, as a generation grows up in a more liberal world, the aforementioned show’s comedy scene has failed to evolve. The formula that had worked before –  mimicry, jokes at the expense of women and fake recorded laughs is no more a crowd-puller.

In the last couple of years, the “YouTubing” and “Facebooking” audience has been swept off its feet by a crop of new stand-up comedians in the country. We now have a variety, as a growing number of stand-up comedians have chosen observational, political, improvisational (popularly known as improv) comedy as their weapon to get the audiences hooked, and successfully tickled their funny bones. This is the age of re-defined comedy, where names like Sumukhi Suresh, Malika Dua, Aditi Mittal, Biswa Kalyan Rath, Azeem Banatwalla, and Zakir Khan have become household names without ever performing for a television audience.

‘Great time to be in stand-up’

“The stand-up comedy scene has become completely independent now. You are the owner of your own fortune because stand-up comics no longer need to depend on getting their faces plastered on television screens at primetime. It’s quite empowering for us because all we need to do is upload a video and then it’s up to the quality of your work and if it’s appealing to the audience,” says Anirban Dasgupta, a stand-up comic from Kolkata, who quit his corporate job to tell jokes for a living. 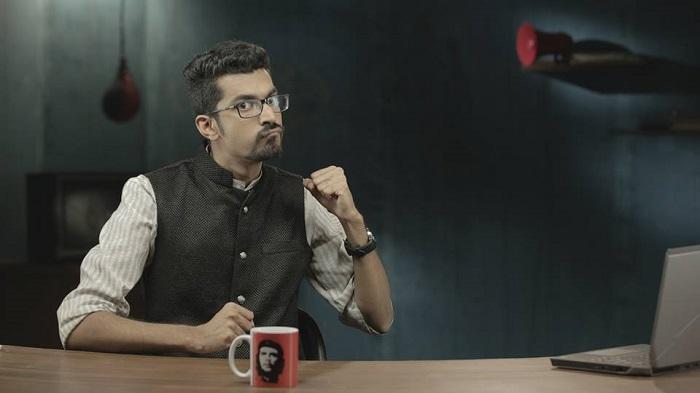 Azeem Banatwalla, an engineer-turned-writer-turned comedian, specialising in observational humour says an ever-increasing audience looking for quality content has helped stand-up comics find a foothold in the clutter of internet content. “It’s a matter of free accessibility and a marked upsurge in the population, in the last five or six years, looking for content online to be amused, instead of their television sets.”

More importantly, the comedy space has become so much more accessible for new comics because all they need to do is be confident of their work and upload their performances on YouTube and just let the viewers judge the quality. Now, more performers are not just uploading their content to the channel, but also becoming a part of web series that make the audience take note of their acts. “Specials and web series always attract a great crowd. For my web series, Pushpavalli, I can see the amount of effort I have put in to make sure my content is of a certain standard since people are looking to watch different stories online,” Suresh says.

Banatwalla, who is part of the comedy group East India Company (EIC) that does political humour, claims self-censorship is their mantra. “We make sure we censor our own content before putting it out there, especially when it takes on the government. But, we haven’t faced any kind of censorship as of now. We’ve actually been the favourites of the Congress and BJP sympathisers because both camps have shared our videos on WhatsApp, carefully editing out the part of the act about themselves.”

But, this is not a privilege everyone enjoys and stand-up comedian Kunal Kamra can bear testimony to that. In March, 2017, Kamra received death threats for uploading a performance called “Governance & Patriotism”. The words, “India is a democracy, until you criticize it” flashes on the screen within the first five seconds. The video, uploaded on March 1 this year, begins with the “azaadi” slogans used during the JNU protests of 2016. But, Kamra took to Twitter to claim how he was unfazed by all the threats:

I understand a difference of opinion & I'm all for it. But our difference don't allow you to threaten me. Atleast not yet they don't

The new-age comedy may have improved to include feminism, but the industry remains woefully male-dominated. Stand-up comedienne Aditi Mittal, in an interview in February, has strongly spoken out against a lack of investment in women stand-up comedians and how she had to distance herself from the “boy gang” in order to realise that the audience is receptive to her standalone act. Mittal claimed that a female, funny narrative is what’s missing for the women in the profession.

Mittal got her own Netflix special in July, titled, ‘Things They Wouldn’t Let Me Say’. She had the grand stage, equal to her male counterparts, to deliver jokes like “Lovemaking is like the chashni (sugar syrup) in the gulab jamun at Mrs. Basundi’s son’s wedding. Sometimes it is juicy juicy and you can enjoy, but sometimes you can see there are two balls in front of you and everything is dry.” 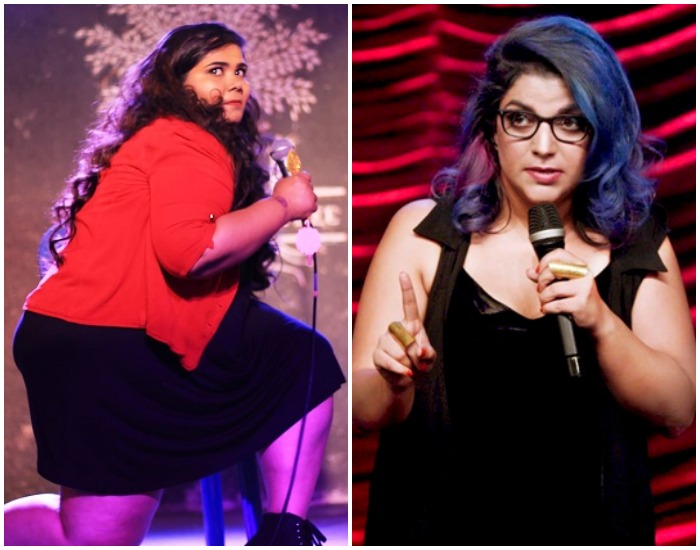 But, comedian Sumukhi Suresh, best known for her portrayal of Vagayenti in comedy collective AIB’s popular skit “A Woman’s Besties” says, “Female-only open mics are also happening in case girls need a more supportive space. There is a little more (not a lot) of content online written and enacted by women. It all now comes to more women using these avenues. Yes, the audience is still wary about some jokes coming from women. But, hopefully, that reduces with more women coming into the scene.

“It’s difficult to not take it personally when you’re not taken seriously. You can surely see the lack of investment in stand-up comediennes. I completely agree with the problems that Aditi (Mittal) has raised. But it’s nice to see more women pursuing this profession. There are about 20 new women, who have started out recently and the overall number stands at almost 40 women,” says upcoming stand-up comedian Aayushi Jagad, who has also participated in the television series, “Queens of Comedy”, a first-of-its-kind hunt for women stand-up comedians. 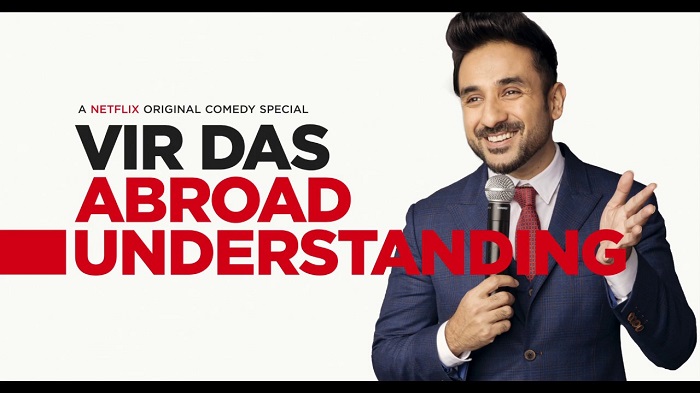 Stand-up comedian Vir Das got his Netflix special in April

An international market for Indian comedy

It’s safe to say that the Netflix, HBO and Amazon specials are the new platform for the up and coming artistes, which the likes of comedian Vir Das never got. “Netflix specials and co have definitely provided a great platform for us. It’s great for a new stand-up comic to have that platform ready. A legitimate industry has been created for stand-up comedy now,” says Dasgupta.

And, a legitimate industry has clearly been created, even globally, with Das being asked to perform on American talk shows like Conan in the recent past, and comedians like Kenny Sebastian and Abish Matthew performing at the New York Comedy Club. Das was the first Indian to get a Netflix special back in April this year.

Agreeing that the scope of finding an international audience for jokes relevant to the Indian context has increased due to the specials, Banatwalla explained, “To have international companies like Netflix show confidence in Indian stand-up comics is brilliant. There’s a huge audience abroad that is actually interested in our comedy because this culture has already been cultivated in places like the United States or UK.”

From what we have witnessed in the last couple of years, stand-up comedy will be here for quite some time now as the eager audience continues to grow. As intelligent stand-up comedy has started to penetrate the television space with shows like “Queens of Comedy”, here’s hoping the content stays true to its humble beginnings and continues to give us reasons to crack up.