Ranbir Kapoor and Katrina Kaif shocked everyone as they announce their split. Since then fans were eagerly waiting to see them together. Though the duo has managed to maintain distance from each other post their breakup, they have now finally clicked together in one frame. Both the actors are gearing up for the release of their next Jagga Jasoos.  This time, Ranbir and Katrina reunited to celebrate Anurag Basu’s 43rd birthday.

Several photos and video of the two have been doing round on the internet. Going by the pictures we must say the duo had a gala time during the Birthday celebration of the director. On the other hand, one of the pictures captured a bit of awkwardness between the two. In the picture, while Ranbir is looking at the cake, Katrina Kaif is looking in another direction.

This is not the first time, Ranbir and Katrina got clicked together. Recently, Anurag Basu posted two photos of the actors on his Twitter page. In the picture, one can see Ranbir and Katrina stepped out of studio hand-in-hand after wrapping up the shooting of Basu’s much-delayed directorial Jagga Jasoos.

Meanwhile, Katrina finally opened up about the delay of their upcoming film. Earlier it is being said that due to Ranbir and Katrina’s personal relationship, the project has been delayed. However, talking to a leading daily, Katrina revealed that Anurag Basu is the reason behind the film’s delay. She said that Anurag Basu wanted to create a totally unexplored world in an innovative way and that’s why putting it all together has taken a certain amount of time.

Jagga Jasoos is slated to release on July 14.

Check out the photos and videos here: 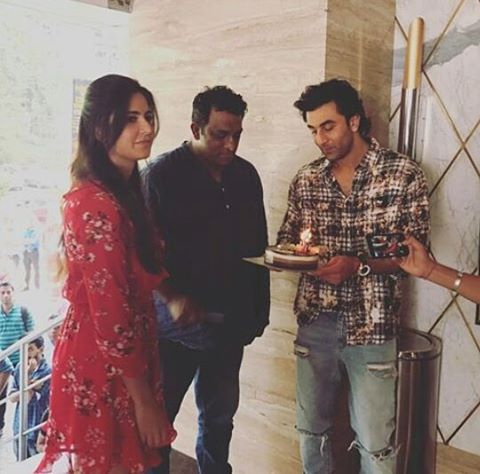 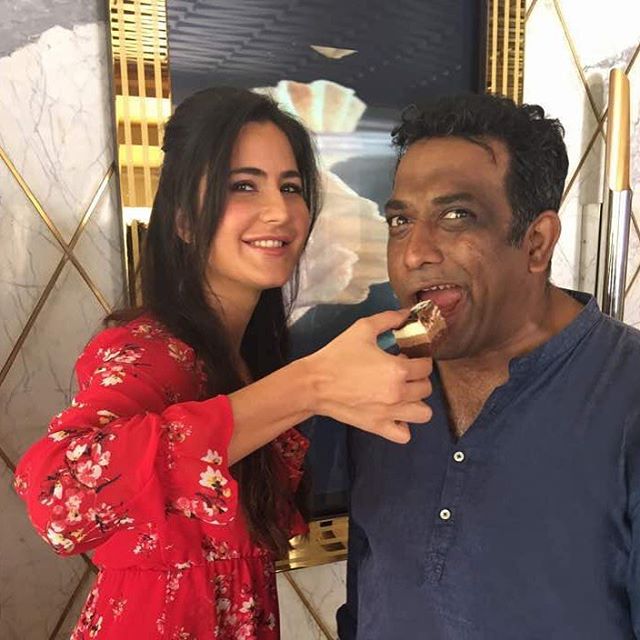