Sanjay Leela Bhansali’s Padmavati is going to be a grand and as epic as one would have imagined. The trailer of this magnum opus, which celebrates the heritage of India, starring Deepika Padukone, Shahid Kapoor an Ranveer Singh in pivotal roles released today, October 9. In the over 3-minutes trailer, Sanjay Leela Bhansali established he is a genius and is capable of weaving magic on the silver screen. While each one of us who has seen the trailer is raving about it, there are tiny details which many would’ve missed and one of them has references to SLB’s last directorial Bajirao Mastani.

If you watch the trailer, you’d notice a scene from Padmavati is quite similar to Bajirao Mastani. In the particular scene, Deepika can be seen looking down from what seems like a balcony and it will instantly remind you of the sequence when Kashibai (Priyanka) stared at Bajirao from a similar setting. The expressions of both Padmavati and Kashibai tell the immense love they have for their husbands. Here are the stills of both the movies which will give you a better understanding of what this is about: 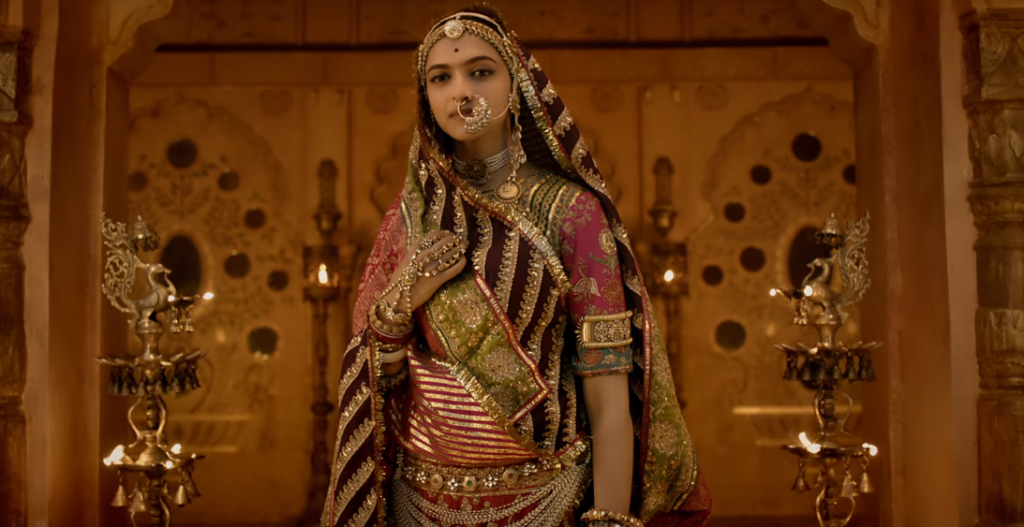 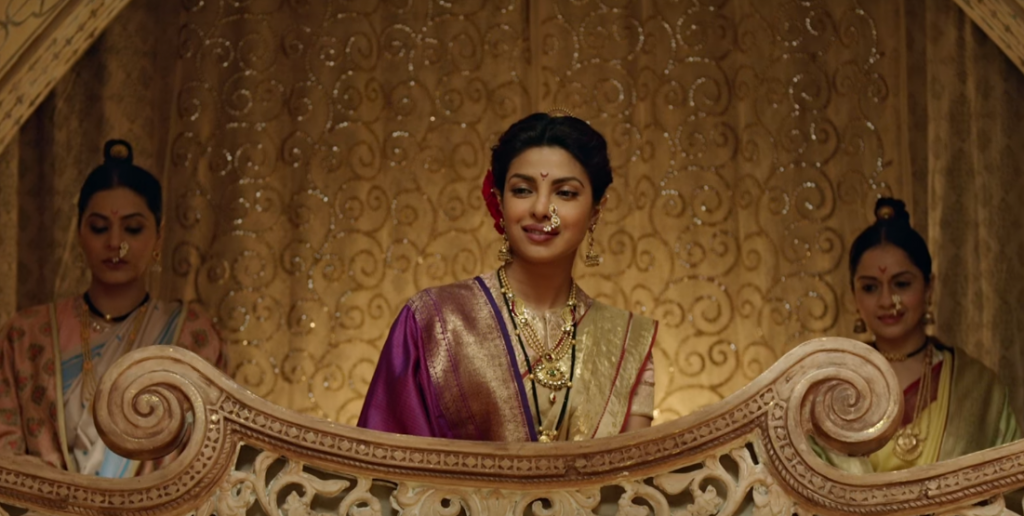 Another characteristic which is quite evident from the trailer is Rani Padmini’s commitment towards her husband Raja Rawal Ratan Singh. Deepika and Shahid’s chemistry lights up the screen. More than that, one particular scene in which Padmini can be seen next to Ratan Singh as they see Khilji’s (Ranveer Singh) army approaching, hints the married couple stood together through thick and thin.

It also implies how they were ready to take on the world as they had each other to count on. In Bajirao Mastani, we saw Kashi doing the same for Bajirao. Even after learning that Bajirao loved Mastani (Deepika Padukone), Kashi was ready to put her pain aside for her kingdom and husband. Kashi was even ready to free Mastani from captivity as she thought it was her shot to save Bajirao’s life.

At the centre of both Bajirao Mastani and Padmavati is a couple madly in love. As much as Padmavati is the story of  Rajputs defending their honour from a ruthless ruler, it is also a tale of love. Padmini was a woman of substance because she chose to jump in burning pyre rather than cheat on her husband Ratan Singh. Only true love can empower you and give you the courage to overcome the impossible.

Just in case you haven’t watched the trailer of Padmavati, here it is: