If there was an award to be given to a movie which has consistently been at the centre of a lot of buzz, it would definitely go to Padmavati. The Sanjay Leela Bhansali directorial, starring Deepika Padukone, Shahid Kapoor, Ranveer Singh, Raza Murad, Jim Sarbh and Aditi Rao Hydari, undeinably, is one of the most-awaited films of 2017. For all those who (after seeing the first look posters) had been desperately waiting for more of the film, the makers just dropped the trailer and it lives up to the expectations.

The posters of the lead actors of the movie hinted there would be no dearth of grandeur in the movie and the magnificent trailer just confirms it. Sanjay Leela Bhansali’s eye for opulence is quite evident in the trailer. We know by now that Padmavati is the story of brave Rajput Queen Rani Padmini who stood against Delhi’s ruthless ruler, Sultan Alauddin Khilji. Padmini put her honour before anything and along with her husband Raja Rawal Ratan Singh fought one of the greatest battles of the history. 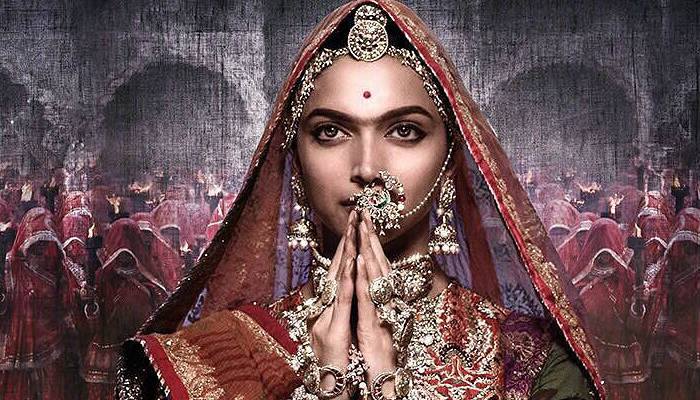 Padmavati’s trailer hints that the makers have been able to tell the story of courage in a brilliant way. The trailer doesn’t have many dialogues, and that adds to the beauty of it. For a large part of the trailer, all we see is the build-up of our characters. We see Shahid and Deepika’s marriage and their love for each other. While Shahid is introduced as the affable ruler loved by his kingdom, Ranveer looks intense as the merciless Delhi ruler- Alauddin Khilji.

The trailer only has two dialogues and both of them are simply wondrous. We would not kill the essence of the dialogue by writing it for you. The movie is slated to release on December 1 and we just cannot contain our excitement.