After a painfully long wait, the trailer of Padmavati released at 13:03 and by now, has already become ‘the’ most talked about thing on social media. Needless to say, Deepika Padukone, Shahid Kapoor, and Ranveer Singh as Rani Padmavati, Raja Rawal Ratan Singh, and Sultan Alauddin Khilji respectively looked just too surreal. Besides Bhansali’s trademark magnificence which is mind-blowing, it’s the Bajirao Mastani actor who impressed the Twitteratis the most with his fierce, deadly, maniac avatar as Khilji.

As soon as the trailer released, Twitteratis couldn’t hold their ’emotions’ (read goosebumps) and immediately moved on to discuss Ranveer as the dark, evil, and ruthless Sultan Khilji who is ready to devour anything that comes his way.

So majestic th way u walk,so proud & leaves me with goosebumps !!Mind Blown away! This is going to be ur career best I can feel it! pic.twitter.com/4PK3KuPLlS

ZABARDAST!Mind is officially BLOWN!This the kind of cinema that is meant for big screen viewing &which drags u into the theatres!Bravo

OMG!!!! what’s this madness RANVEER!!!!!! We are going to be Making history with this one. #PadmavatiTrailer

Outstanding! You are gonna burn the screen as khilji!

YOU are something else ranveer. A beast of an actor . Sent chillds down my spine #PadmavatiTrailer

I’m blown away… I wasn’t expecting anything like this. It’s beyond my expectation infact beyond imagination #PadmavatiTrailerpic.twitter.com/Joy8kGtwUu 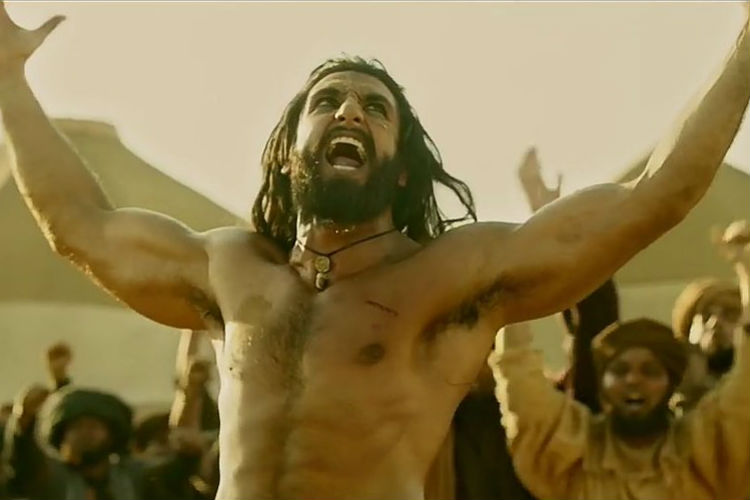 Padmavati, presented by Viacom18 Motion Pictures and Bhansali Productions is set for a December 1 release. Directed by Sanjay Leela Bhansali, the upcoming film tells the story of Alauddin Khilji, the medieval-era Delhi ruler, who fell in love with Rajput queen Padmavati.

This is not the first time, Ranveer and Deepika will be seen sharing the screen space in Bhansali’s films. Earlier they have worked together in films like Goliyon Ki Raasleela Ram-Leela and Bajirao Mastani.