Sasural Simar Ka, the TV serial that introduced us to mind-boggling plot twists (like in the literal sense!), is finally going off air. The show which aired for six long years has called it a day and the last episode will air on September 19. The lead actor of the show Rohan Mehra confirmed this news to a daily. The young actor said all good things come to an end and everyone on the sets has accepted this fact.

Rohan was quoted by the daily as, “Everyone is friendly on set and I share an amazing bond with the team. This is the only set I’ve seen where everyone ate lunch together and sat together in between shots. I think initially the supernatural track worked and the show regained its top spot. Sometimes experiments work, sometimes they don’t.”

While critics of the show would be happy, the end of the show is making us really sad. With no Sasural Simar Ka, where else will we get to see magic on-screen? With the show drawing curtains on itself, allow us to take you down the memory lane and remind you of all the incidents when Sasural Simar Ka made us question our sanity.

When Simar turned into a fly:

Sasural Simar Ka was all about kitchen politics and Simar trying to save her family. Of course, with Mata Rani’s blessings. But then, the makers may have thought, enough of this; why not turn Simar into a fly? And they did. She was apparently cursed by a Yogi because she ruined his meditation. As soon as Simar turned into a fly, Twitter saw this as a golden opportunity to make jokes. Check out few of them:

When you scrape the bottom of the barrel for ideas to further the plot.
Sasural Simar Ka. You’ve set a new standard. pic.twitter.com/0Exz4yz219

Now I know I can never be a writer until I find out what the writers of Sasural Simar Ka smoke. https://t.co/I1pOBH8K2E

Why come up with new ideas when you can blatantly copy it? Since Game of Thrones is one of the trending topics, makers of Sasural Simar Ka decided to copy the Hall Of Faces. It was so cringe-worthy for all GoT fans that it cannot be put down in words. They failed so terribly in copying it, that everyone laughed till they cried! Just in case you missed this ‘gem’ of a video, here it is:

Also read: TV show Mahakali proves women empowerment is not a western idea but a part of Indian mythology

When Sasural Simar Ka forgot it was a drama to become Supernatural:

Just to prove that supernatural elements exist, Sasural Simar Ka surprised their audiences with these unnecessary elements. For instance, when the protagonist Simar turned into a naagin. And then, we had daayans in the show and the entire Bhardwaj family teaming up to fight these evil spirits. Who cares if it was a misfit in the show? Because, TRPs ke liye kuch bhi karega! 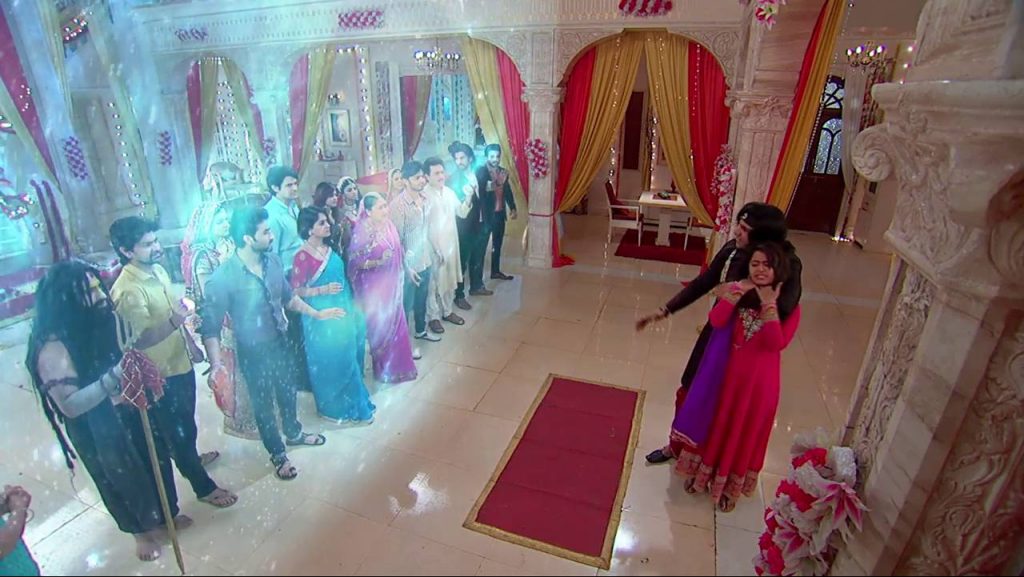 A still from Sasural Simar Ka

When Sasural Simar Ka used the oldest trick in the book: 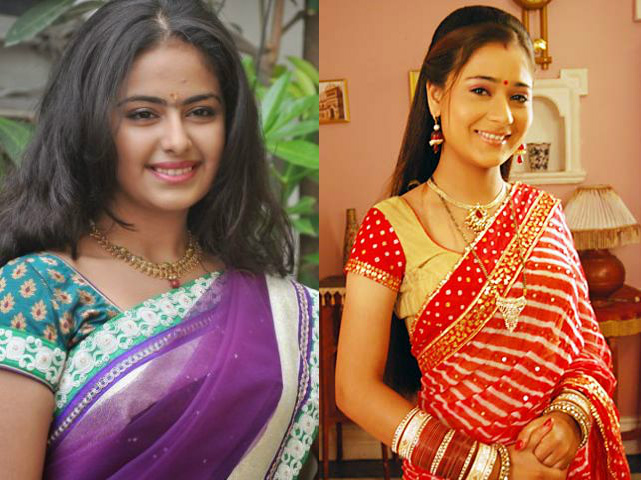 What do you do when a lead actor quits the show? Plastic surgery, of course. When Avika Gor left the show, her character Roli was played by Sana Khan. An accident, an operation and many shocked expressions later, Roli accepted her new face. The show went on like nothing happened and we were back to outrageous plots. Ekta Kapoor too, used this trick in Kyunki Saas Bhi Kabhi Bahu Thi when Mihir died. But as we said before, why ideate when you can copy? Also, Avika did return and later it was revealed that Sana was an evil character.

When Roli got married before Simar:

A still from episode which showed Roli’s marriage

Right from the start, Sasural Simar Ka (as the name suggests) was marketed as Simar’s life post marriage and her troubles. But quite quickly, the show became Sasural Roli Ka, as the younger sister got married before her. What is more appalling is the fact that Roli was played by Avika Gor, the actress who played the protagonist in Balika Vadhu, and she was portrayed as the bahu who takes care of her family. So much for child marriage and keeping in mind the age of stars before writing stories.