When Iss Pyaar Ko Kya Naam Doon made way into the small screen, it became an instant hit. The love story of Khushi Kumari Gupta (Sanaya Irani) and Arnav Singh Raizada (Barun Sobti) which aired on Star Plus from 2011 to 2012 gave viewers quite a few legit characters to root for. Almost everyone was in awe of their chemistry and were mighty impressed with Arnav. So when it was announced that the popular TV show is returning for a third season and Barun would be in the lead, quite a few hearts skipped a beat.

The third season of Iss Pyaar Ko Kya Naam Doon was marketed as Barun’s big comeback. The show was promoted by his name and makers thought they would tap into Barun’s immense popularity so as to get good TRP numbers. Despite a lot of hype, the show did not translate the buzz to anything substantial. A big reason behind this is the constant comparison between Advay Singh Raizada and Arnav Singh Raizada. It is quite surprising that the actor Barun Sobti, who was loved as Arnav in the first couple of seasons, did not get enough of it as Advay.

Why is it so? Is the character of Advay loosely written? Or is it because people have not been able to warm up to Barun again? As someone who has watched both the shows and is a fan of Barun, allow me to tell you what went wrong this time. 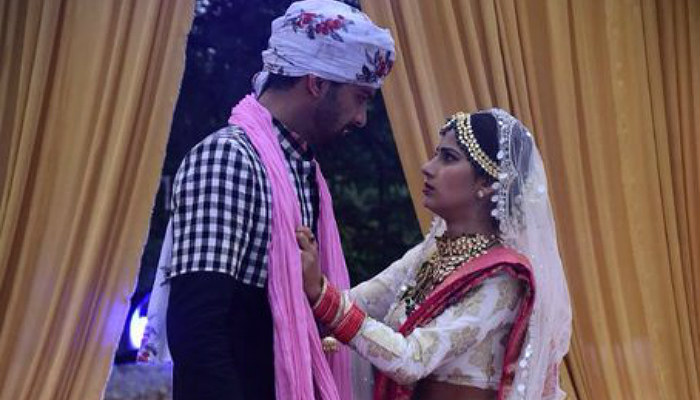 Also read: Dance Plus 3: Slow motion or funny tactics, why Raghav Juyal is the BEST host on TV currently

One characteristic which is common between both Arnav and Advay (apart from their surname), is their indifferent nature. Both of them were never known for being nice. But while Arnav’s rudeness made women weak in their knees, Advay’s looks forced. In the first season, whenever Arnav confronted Khushi and told her to mend her ways, it made way for palpable chemistry but this is no longer the case. The scenes between Advay and Chandni (the female protagonist) lack the sparks that fluttered in the earlier season. It feels Barun has forgotten how to seamlessly pull off a brooding man avatar. The current season is a revenge drama in which Advay wants to avenge his parent’s death from Chandni’s family but with even such a strong plot, his character lacks the conviction that once Arnav had.

In the ongoing Iss Pyaar Ko Kya Naam Doon 3, Advay is given more glamorous treatment. His entries are marked with the wind in his hair, a shot of his body spanning from feet to face, and introductory music in the background. But even such (unnecessary) embellishment fails to connect. Advay’s extremely toned body and stylish avatar don’t come close to Arnav’s ways, who connected just wearing a business suit and in absence of any kind of glamour.

Okay, this one is a no-brainer. If you ask any fan of Iss Pyaar Ko Kya Naam Doon to describe their favorite part of the show, they would say it was romance between Arnav and Khushi. Belonging from different backgrounds, Arnav and Khushi just perfectly in each other’s lives like pieces of a puzzle. He married Khushi to save his sister, hated the way she approached problems in life and yet loved everything she did. Arnav was the perfect man of dreams but can the same be said about Advay? Sadly not!

In fact, Advay’s charm is so out of sync as compared to that of Arnav, there are many fan clubs on social media who still miss Arnav Singh Raizada. Have a look:

No matter how hard people try to erase this show from memory, the place it has made in our hearts is for hamesha #IssPyaarKoKyaNaamDoon pic.twitter.com/40Rqm1ZBND

Can we have him back, Barun Sobti, please?