What is Bigg Boss without a couple trying to save each other from politics of other inmates in the house? All these seasons of the high-octane reality show have seen love-birds who always have each other’s back. We are one week into the current season of Bigg Boss and it seems we have got our first couple for this season. Amid all the ugly fights taking place in the house on a daily basis, the affection Puneesh Sharma and Bandgi Kalra have for each other comes as a relief.

Last week, Puneesh and Bandgi were seen chatting late at night wherein the former suggested they should act as a couple. Puneesh probably wanted to ensure they stayed for long in the show but Bandgi refused to say her parents were watching the show. After denying his offer, Bandgi it seems found it impossible to stay away from Puneesh. In yesterday’s, October 9, we saw Puneesh and Bandgi getting a bit too close. In fact, Bandagi apparently asked Puneesh to kiss him before they went to sleep, the latter ended the night by placing a peck on her hand. 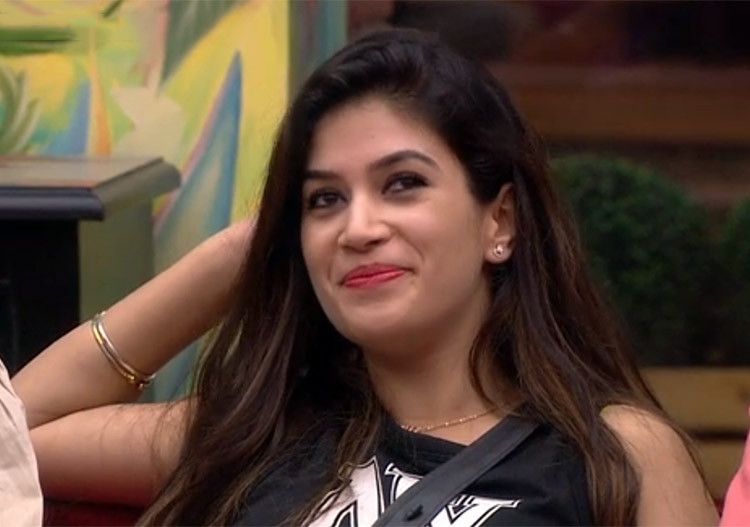 As per some reports in the media when Salman Khan pulled Bandgi’s leg during the weekend episode, Puneesh expressed his concern. We got to see another example of Puneesh’s affection towards Bandgi in yesterday’s episode. When Jyoti refused to save Bandgi from nominations, Puneesh lost his cool. As per Bigg Boss’ diktats, inmates were supposed to take the name of the person they’d like to save from nominations. Jyoti sought Bandgi’s vote and the latter obliged. But when it was Bandgi’s turn to ask for votes, Jyoti chose to not save her. Seeing Bandgi upset, Puneesh even went on to his friends- Arshi Khan, Shilpa Shinde and Aakash, pleading them to save Bandgi. When it was Puneesh’s turn to ask for votes, he made it quite clear that he didn’t want Jyoti’s vote. The desperation of Puneesh was evident in his efforts to save Bandgi, who finally got her much-needed vote from Sapna Chaudhary.

After the way Puneesh has been showing his concern for Bandgi, the writing on the wall is clear- they are the first couple of Bigg Boss 11. However, there are several reports of  Bandgi dating Dennis Nagpal, a team of the creative department of the show.  There are also reports suggesting Puneesh is Dennis’ close friend, and this is how the two entered the show. It is quite possible the Dennis connection is the reason Puneesh and Bandgi are so sweet to each other. Have a look at Bandgi’s Instagram pictures in which he posed with Dennis:

In the coming days, the picture of Puneesh and Bandgi’s relationship will get clearer.