Tamil Nadu actor Vishal had termed the cancellation of his nomination for the RK Nagar bypolls, as the ‘death of democracy’. The returning officer stated the actor’s nomination was cancelled because two nominees had shown up to say that the signature wasn’t theirs. For a candidate to contest elections, they need to be proposed by 10 people, but in case of Vishal, he was falling short of two names. 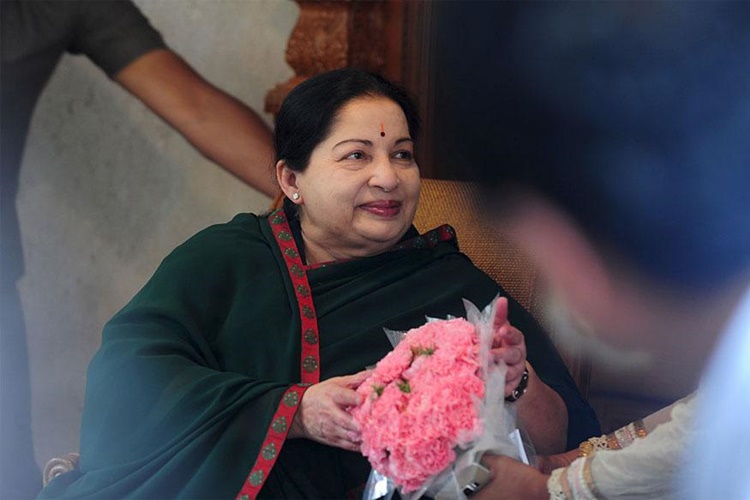 The cancellation of nomination came a few hours after the actor announced his nomination was accepted by the poll body. The actor alleged a ‘plot’ against him to prevent him from contesting elections. He said the two nominees were threatened, chased away from the election office. After the initial rejection, Vishal staged a road-roko protest in front of the election office in Tondiarpet. 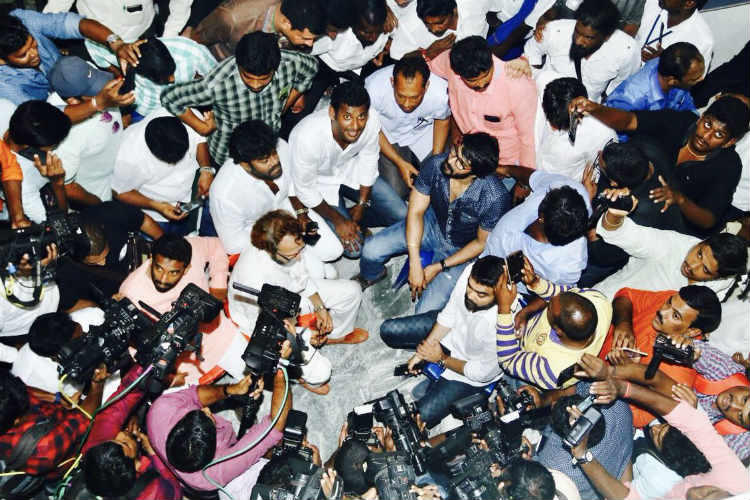 Vishal along with his supporters (Courtesy: Twitter/@VishalKOfficial)

Vishal, later, submitted a recorded conversation by a person identified as Velu, who claimed to be the relative of one of the woman whose proposal for his candidature was rescinded. As per the phone recording, Velu told Vishal that the woman had been threatened to give stating that the signature on the nomination form was not hers.

When his nomination has been cancelled, the returning officer had claimed that the veracity of the audio clip submitted by Vishal could not be ascertained. However, Vishal reiterated that the audio recording was the truth.

After much ado, it is now certain that Vishal will not be contesting the by-polls scheduled for December 21. Here’s what he tweeted:

Democracy at its lowest low !!

Disheartening to hear that the nomination made by me was initially accepted & later when I left, has been announced as invalid.#PoliticalGame

A short while ago he tweeted tagging Prime Minister Narendra Modi and President Ram Nath Kovind. His tweet read:

To the people, I look upto, Hon @narendramodi & Hon @rashtrapatibhvn

I am Vishal,I hope u r aware of wats happening in the RK Nagar Election process in Chennai.

My nomination was accepted & later rejected. Totally unfair. I bring this to your notice & I hope justice prevails.

Speaking to reporters after the incident, Vishal said he would not back down. He said:

I will not leave this here. I will choose a youngster who has been nominated as an independent candidate. I will try my best to support him and make him win to serve the people of RK Nagar.

The poll body had also rejected the nomination form of Deepa Jayakumar, niece of late CM Jayalalithaa, on the account of blank columns in the paper. The papers of candidates of ruling AIADMK  (E Madhusudhanan), DMK (N Marudhu Ganesh), the Bharatiya Janata Party (K Nagarajan) and over 50 independents were, however, accepted by the body.