Rohit Shetty, Ajay Devgn, Parineeti Chopra and the entire gang of Golmaal Again launched the theatrical trailer of the much anticipated comic entertainer at a grand event in Mumbai on Friday, September 22. The cast seemed to be in a jovial mood as they answered all questions with a certain amount of wit. At the trailer launch event, when Rohit Shetty was asked about the lack of comedies made in the industry, the director joked: “Why do you want competitors? It’s good that not many are making comedies, as we get to make more. David Dhawan has Judwaa 2, which is releasing soon.”

However, Arshad Warsi gave a rather sensible answer by saying that writing comedy films is not everyone’s cup of tea.

It is not very easy to write comedy. So, a lot of people attempt to write a comedy but fail, but a very few succeed to write it. You might feel that comedy is an easy genre, but when you start writing it, you would realise how difficult is it. 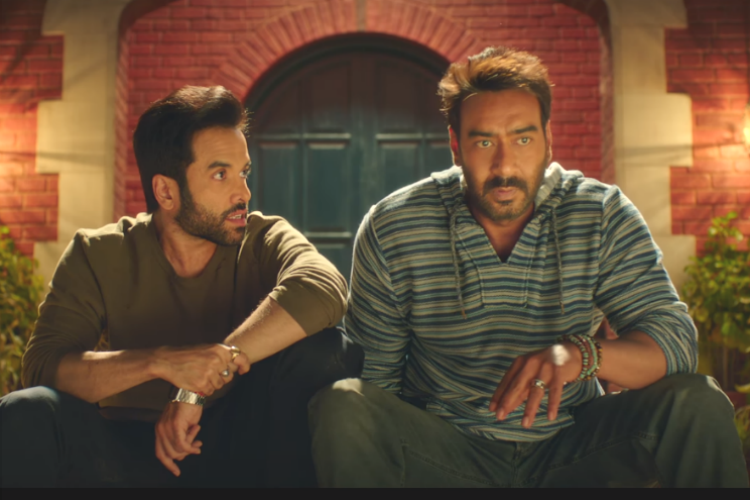 Ajay Devgn, Tusshar Kapoor in a still from their film Golmaal Again (Courtesy-Twitter)

The last film from the Golmaal franchise released way back in 2010. Talking about the reason for a seven-year gap between the two films, Rohit Shetty said:

We were waiting for the right story, because we didn’t want to cheat the audience. We didn’t want to cash on the Golmaal Brand and serve the audience with something we don’t believe in. We took a lot of time to write the story, and when we were satisfied, we announced this film.