The trailer of Ajay Devgn, Arshad Warsi, Tusshar Kapoor and Kunal Khemu starrer Golmaal Again is finally out and it looks interesting. The upcoming film is the fourth installment of Rohit Shetty’s successful Golmaal franchise. Ever since the first look poster of the film was released, it was reported that the upcoming film will be a horror comedy. Now, with the trailer, it is clear that Golmaal Again is full of new twists and turns. It is indeed a horror comedy with some amazing one-liners.

In over three minutes long video, the entire Golmaal family can be seen bringing out there magic back on-screen. Johny Lever, Vrajesh Hirjee, Sanjay Mishra, and Ashwini Kalsekar are icing on the cake, much like their contribution to the previous films in the franchise. In fact, you can have a glimpse of the famous ‘naagin dance’ by Hirjee in the trailer. What is also clear is that the actors have held on to their characters with Ajay Devgn playing Gopal, Tusshar Kapoor as Lucky, Kunal Khemu as Laxman 2, Arshad Warsi Madhav as and Shreyas Talpade as Laxman 1.

As expected, the film seems to be filled with some hilarious one-liners. The funniest one in the trailer comes from Sanjay Mishra: 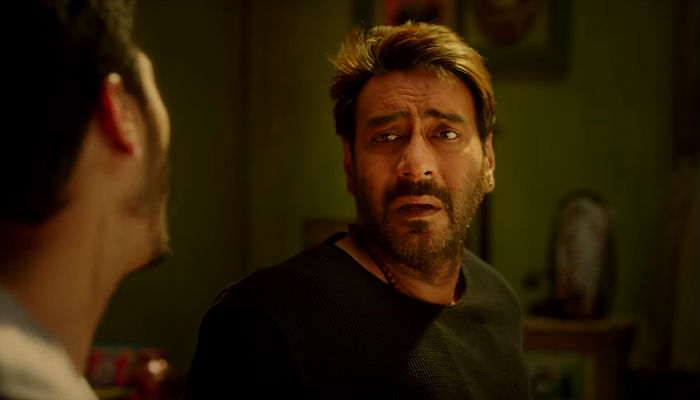 Ajay Devgn in a still from Golmaal Again

The film also features Tabu, Parineeti Chopra for the first time in this Rohit Shetty’s franchise. The previous three installments featured Kareena Kapoor Khan, Rimi Sen, and Sharman Joshi among many others. Also, watch the trailer till the end for Tusshar’s brilliance.

Golmaal Again is all set hit the silver screen on Diwali this year.