Finally, the trailer release date of Vishal Bhardwaj’s much-awaited romantic drama Rangoon is out. For the first time, we will get to see the three most unconventional actors – Shahid Kapoor, Saif Ali Khan and Kangana Ranaut – share the screen space together. Expectations are already high with the trailer that will be out on January 6 this year.

Rangoon is a period drama which is set in the 1940s amid the turmoil of India’s independence struggle. Mostly shot in the remote valleys of Arunachal Pradesh, the film which will give you a feel of the 40s. The film stars Shahid Kapoor, Saif Ali Khan and Kangana Ranaut in the roles.

Not much has been revealed about the movie yet, but since it is a Vishal Bhardwaj film, we can surely expect it to be something truly out of the box. And after looking at the first poster, we expect nothing but the best.

Shahid, who will be seen playing the role of an army officer, shared the first look and the trailer release date on his Twitter account and wrote: The wait is finally over and now, #Rangoon begins! Watch the trailer on 6th Jan. 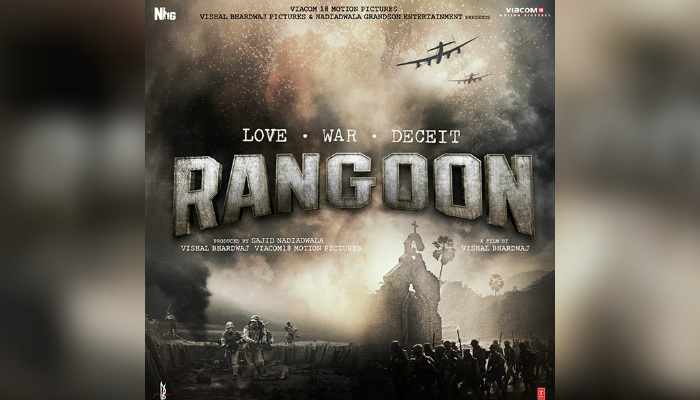 Kangana’s avatar as Jaanbaaz Miss Julia, a 1940s action diva, is also out. The poster of the film shows Kangana in a black outfit wielding a whip with a white stallion neighing close by. The movie poster is that of a Navroz Talkies production titled Toofan Ki Beti. 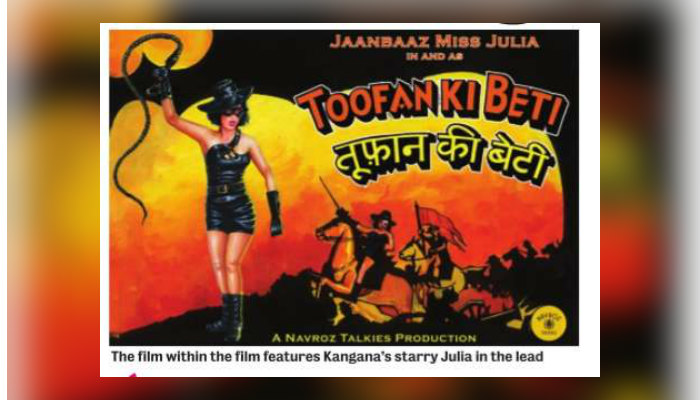 With such an amazing star cast and Vishal’s direction, Rangoon is going to be one of 2017’s big hits and we just can’t wait to watch the trailer. The movie is scheduled for release on February 24, 2017.