It won’t be an overstatement to assert that cine lovers are equally excited to see Matin Rey Tangu in Tubelight as they are to watch Salman Khan. The little one plays an important role in the movie and pictures of his which Salman Khan keeps sharing on social media have made everyone excited for the movie. Helmed by Kabir Khan, the movie is the tale of two brothers and how their lives take a turn after one of them goes to war. The trailer of the movie hinted it would be a heartfelt story and also the fact that Matin is of utmost importance in the plot.

The five-year-old boy hails from Itanagar and is the youngest son of Capt. Anupam Tangu and Monisha Karbak. He was roped in for the project after a series of auditions. Mukesh Chhabra Casting Company landed in Itanagar to find the perfect kid for the role and found Matin. He along with five other kids were taken to Mumbai where he was finalised for the project.

Matin being a part of Tubelight is more special because not many faces from North-East are seen in the Bollywood industry. These few names include Danny Dezongpa from Sikkim and Adil Hussain from Assam and now Matin has joined the list. But for Matin, landing the role was only one part of the story. What followed next was the difficult road. 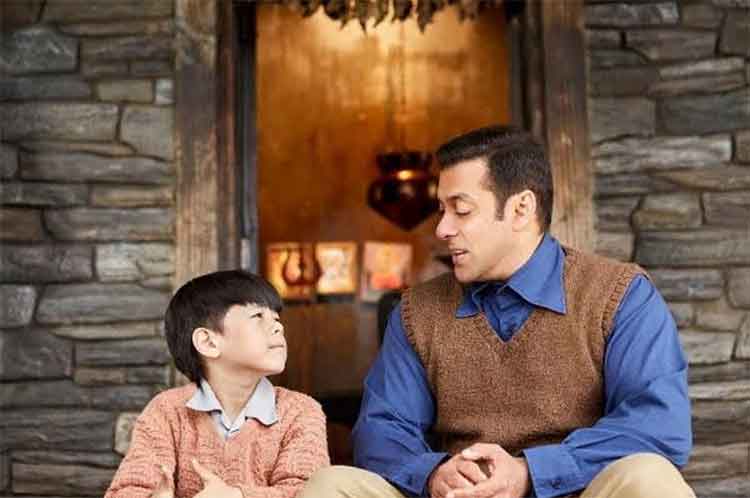 Shooting for 100 days is not an easy task but Matin came through, Kabir Khan revealed during an interview. Speaking to a daily the director said, they were not looking for an actor in a six-year-old. Kabir Khan said:

We wanted a wonderful child artiste who had the spunk and the ability to withstand a 100-day shoot. Making one perform is always a director’s job. Be it Matin here or Harshaali in ‘Bajrangi Bhaijaan’ (2015), we never cast actors. They are babies, after all. We went through over a 1,000 kids before finding Matin. He had the attitude and determination to last until the end.

Matin not only cast a spell on Kabir Khan but the superstar Salman as well. Insiders told media Salman and Matin was inseparable during the entire shoot. The two hung out together a lot and the pictures which Salman shared on social media invited a lot of recations. Here are pictures of Matin which Salman shared:

Also read: Salman Khan talks about nepotism, lays down rules for recommending closed ones for movies

Well, now we hope that the movie gives us another character which we love.