Rohit Shetty, who is one of India’s most successful commercial film directors, is gearing up for the release of Golmaal Again, which is the fourth instalment in the successful Golmaal franchise. The director had previously said that he wanted to make films that entertain the audience and he was not worried about the critics who label his brand of cinema has ‘brainless’.

Shetty in a group interview with us talked about the challenges of making a comedy film, lack of two-hero films, possibilities of working with Salman Khan and a lot more.

What took you so long to come up with another Golmaal Film?

We cracked the idea during Golmaal 3, but we couldn’t crack it on the level we wanted to. We had the basic idea but then we started making Singham, Bol Bachchan, Chennai Express and all other films. During Singham Returns, we felt that there is a need to revisit Golmaal Again. We started working on it again, and it took around 2 to 3 years for it to get made. The film was always planned as a horror comedy. The plan was to make Golmaal 4 as a horror comedy.

What motivated you to write a horror comedy?

My face. When I look at the mirror, I felt I need to make a horror comedy (laughs). It has been a long time there has not been a big cast horror comedy. In the south, off late there have been a lot of successful horror comedies. This is a genre not explored much over here and I think it would work. If you see the promo of our film, the positive response we have got is mostly because of horror elements.

How is it to make a film in the same zone for the fourth time?

This was the most difficult Golmaal for us to write, like I said it took 2 to 3 years to write it. I wanted it to be bigger and grander because I didn’t want the audience to feel that this is similar to Golmaal 3 which released 7 years back. It won’t be right on our part to cash on the title and characters. So apart from scripting, we have even upped the technical part.

Indian Cinema is known for the big multi-starrers. Why aren’t they made often?

I don’t know why people are not working together. There should be multi-starrers as business wise, it is a safer preposition. The audience wants to see two heroes work together and that definitely adds on to the buzz. Ajay Devgn, Akshay Kumar, Suniel Shetty have done so many two hero films, so I think even the younger lot of actors should start doing them. It will definitely work. Ultimately, its the film which has to do the talking, but two hero films have a definite audience.

Do you think the younger lot of actors have a false understanding of what Indian Cinema is?

I have worked with Varun, and I have interacted with him a lot. He is one of the young actors who understands our cinema. He is balancing his work by doing a film like Judwaa as well. Apart from him, there is Ranveer. I will work with him soon. I know these two boys personally and they have that sensibility. Varun, Ranveer and even Arjun for that matter are on the right path where they want to do all kind of cinema.

Also Read: Ajay Devgn hints at Dabangg and Singham crossover and we are declaring it a blockbuster already

You should do a film with Salman Khan…

You are the 10,000th person who is saying that you guys should do a film together. Everybody says that Salman and I would make a lethal combination, but I am waiting for the right script. The day I get a right script, I would work with him. He is such a big star.

But haven’t you ever thought of a Singham–Dabangg crossover?

I have that in mind, but I won’t tell you what it is. I want to make something like that some day and we should make cross-brand films. Gradually, whatever is happening in the west, will happen here as well. There is no script in place now, so I can’t say when would it happen. 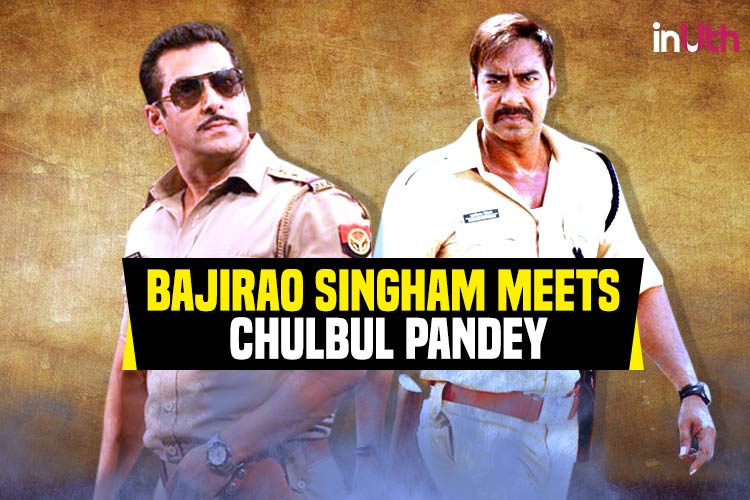 We wrote a draft, but I wanted two big heroes to do the film. Someday, I will make that film. Right now, it is on the backburner.

You are one of the most successful commercial directors in India. Does that add onto any amount of pressure on you?

The pressure is there, but you have to deal with it by working hard. I will be nervous to see the audience reaction for Golmaal Again, but I don’t have the pressure with regards to the content of the film. I have worked hard on this film and there is a lot of honesty in the work. Rest, the audience will decide.

Will there be a Golmaal 5?

Depends on Friday. If people like Golmaal Again, there will definitely be a Golmaal 5. I think, Golmaal Again is in a good space and as a director, I have seen the film, it is in a happy space. The Golmaal audience will enjoy the film, this is something I am confident about. I think, kids are biggest audience for my films and that’s an audience base I don’t want to disappoint.

Has the success of Judwaa 2 given a sort of breather given the fact that films were failing left right and centre before that?

We (Ajay and I) wanted Judwaa 2 to do really well because it was a starter. Judwaa was a starter to change the whole perspective. It always helps. If you want your film to work in a lul period, there should be one film which does well, so that the audience start coming to the theaters. Judwaa did that for us. Really happy that it did well.

Your films have often done well at the Box-Office, but still there is a section of media who ridicule your films. What do you have to say about this?

I am that father who brings in money but has no value in the family. I think, the day we change the functioning of the industry by focusing on footfalls, the things would change. That day, people would not say ‘arre paisa banaya toh kya hua’. It’s not about money, its about the number of people watching the films. 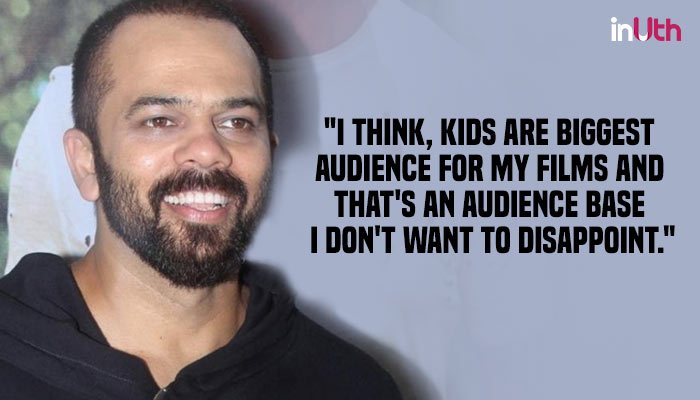 Any actor you want to work with?

One person I would love to work with is Mr Bachchan. The day I get the right script, dekhna main kya kar dunga”. I am waiting for the right subject.

Golmaal Again is slated to hit the theatres on October 20.