After treating the audience with slapstick comedies like Golmaal, Golmaal Returns, Bol Bachchan, All The Best, Ajay Devgn is now gearing up for the release of Golmaal Again. The fusion of horror and comedy makes this movie diametrically different from all the comedy films Ajay has previously been a part of.

Ahead of the film’s release, Ajay Devgn in a group interview revealed what was the most challenging aspect of Golmaal Again, his script choices and why his last release, Baadshaho was an under performer.

What made you say yes to a horror comedy?

It is a genre that is not being tapped in Bollywood. Golmaal Again is a horror comedy which is not scaring you, but it is really funny. It is with the same main characters. Ideally, you should make a sequel when the characters are famous and Golmaal is one such franchise where people relate to all characters. There are 10 to 12 characters from the franchise who are famous. So we decided to take forward this franchise in a different way, by stepping into the horror comedy genre.

Was there ever a time wherein Rohit Shetty came up to with an idea for Golmaal 4 but you rejected it?

This he came to me nearly 4 years back. He just narrated me the idea and I really liked it. They took 3 years to work on it. So that’s how it happened. Having said that, I didn’t reject any script for Golmaal 4 in last 7 years.

Also Read: Ajay Devgn’s next on Taanaji Malusare would be epic. Know the story of the unsung Maratha hero

As the franchise grows, do you feel the pressure to live up to the expectations?

That pressure is always there and I think that pressure is good. It is because of the pressure that it took us 7 years to come up with this film. Shooting took only 8 months, but it was the writing which took a lot of time. 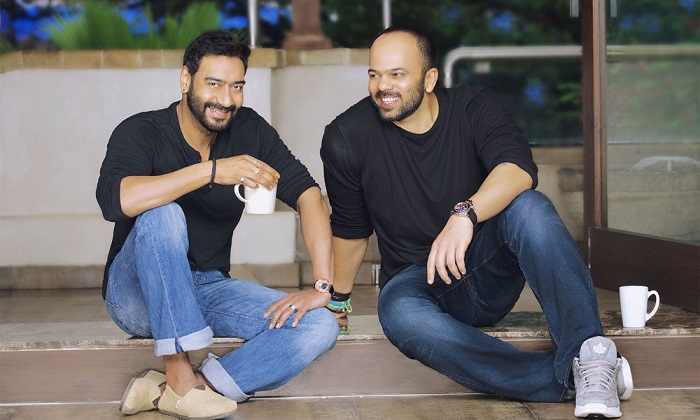 How would you define the growth of Rohit Shetty as a director over the years?

It’s actually not from Golmaal, as I have known Rohit from much before. He was my assistant in 90’s, so it is a very difficult question for me to answer. I have seen him grow in front of me. I really don’t know how to answer. Obviously, you mature and get more experienced over a period of time, and that’s practical.

Horror comedies have not done well in Bollywood with an example being, Great Grand Masti…

(Cuts in) That’s not a horror comedy, that was more of a sex comedy. Bhool Bhulaiya worked, and I think that’s the only horror comedy I recall in the recent past that was made. It’s a great genre, in fact, it is a fabulous genre. Golmaal Again has got a good story base or rather, I would say an emotional story base. The story starts from our childhood.

How do you react when a section of media labels comedy films like Golmaal Again as brainless?

Most of these intelligent people have seen the Golmaal franchise. They all are the closet audience of our films who don’t admit that they liked the film to maintain their reputation in the society. Why wouldn’t you want to enjoy? When they watch a Hollywood comedy on similar lines, they love it because it’s in English. These films have to be made with brain. I don’t know why would you call these films brainless.

Over the last 25 years, how has your approach towards selecting a script changed?

It has changed. Detailing of the script has become important. Most of the audience feel that as an actor we have made a film. They don’t understand the concept of who has made the film and who is acting in it, so it becomes your responsibility to make sure that the film is good enough. The transition happened gradually, especially in the last two years. 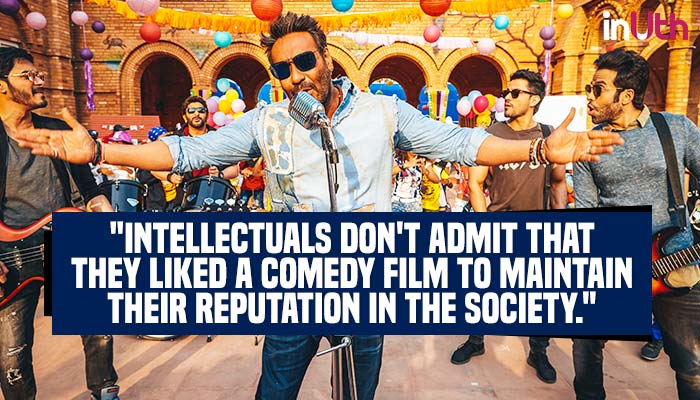 Do you think entertaining films are the need of the day given the fact that not many are exploring this genre?

How do you differentiate between the films for the mass audience and the classy audience?

I personally enjoyed Baadshaho, but had major issues with the climax wherein the film ended abruptly…

(Cuts in) I fought with the director as well, we had shot for something else but I don’t know why he didn’t include that in the end.

Golmaal Again is slated to release this Diwali.